Home News A Little More Than 30 Days Until Census Deadline 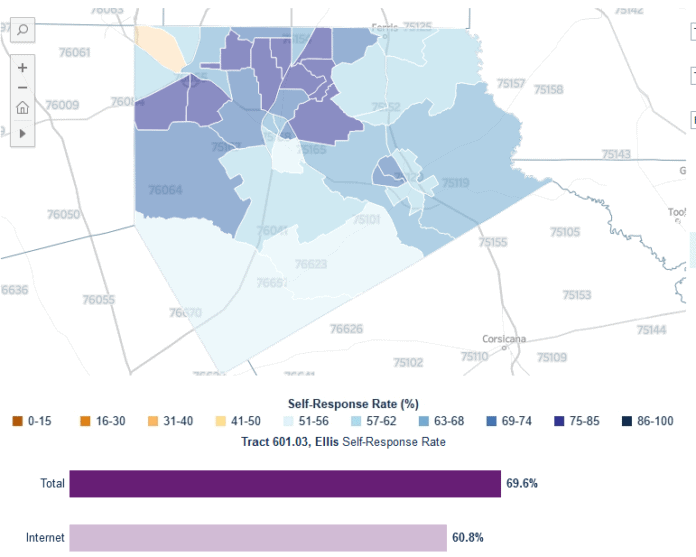 Dallas, August 27, 2020—As the September 30 deadline for the U.S. Census nears, the Dallas County Counts campaign has ramped up its efforts to ensure that all those who live within the county are counted.

The enhanced efforts include canvassing more than 100,000 people throughout targeted neighborhoods. This activity was suspended in March because of safety measures to control the spread of the pandemic. Also: phone banks to reach out to 175,000 residents, mailers, social media ads and texting campaigns. Dallas County Counts will focus on Census tracts in Oak Cliff, West Dallas and northeast Dallas as well as Irving, Mesquite and other suburbs with large numbers of hard-to-count communities.

“We’re adding canvassing to an already successful strategy and I’m excited that elected officials, community leaders and volunteer groups are getting on board for this final push to reach our neighbors,” said County Commissioner Dr. Elba Garcia. “We’re committed to doing everything we can to make sure every single resident is counted.”

The U.S. Census Bureau recently moved the extended deadline back to Sept. 30. Local governments and organizations have a little over five weeks to get the message out to traditionally hard-to-count communities about the importance of completing the 2020 Census.

In 2010 we lagged the nation’s Census self-response rate by 9.4% and it was a deficit that had to be closed and we’re doing it,” said Sophia Johnson, Owner of Alpha Business Images, the marketing agency hired to lead the Dallas County Counts campaign. “With this year’s campaign, we’ve cut the gap in half to 4.3%.”

Dallas County currently has a response rate of 60.3 percent. This rate was reached with almost no door-to-door contact due to Dallas County restrictions. The ongoing efforts should bring that percentage higher before the deadline.

“There is no time to waste because this year’s count is more crucial than ever,” said Johnson, “and Dallas County is doing better. These past few months have revealed how important federal funding is to schools, healthcare, unemployment and nutrition programs. It’s also clear how important it is for Texas to increase our seats and our power in Congress. An accurate count determines whether we have the federal resources we need to meet health crises, to create jobs, grow our economy, and be represented at all levels of government. All of this is determined by the Census count.”

While Ellis County continues to stay in the top four counties throughout the State of Texas with response rates, Texas is in real jeopardy of losing key federal funding & representation based on the rankings today. Please share about the importance within your circles and with key community stakeholders. The deadline to respond is coming on Sept. 30th.