DALLAS – There is no water so calling it a port might not sound exactly right.

It is the International Inland Port of Dallas (IIPOD) with no waves anywhere, but all roads do lead to a watery port at the end of the distribution line.

Recently the Placquemines Port in the New Orleans area began working with the Inland Port of Dallas to provide better access to shipping lanes. This will also involve utilizing the recently improved Panama Canal.

Currently the Inland Port of Dallas is a direct route to one of the ports in Houston or the ports of Long Beach and Los Angeles in California.

If you have not heard of the Inland Port, it is 7,500 acres within five municipalities including portions of Dallas, Lancaster and Ferris, Wilmer, and Hutchins.

The port links large companies with distribution needs to the railroad, since the tracks run through the cities linked with the Inland Port. These include Union Pacific, Burlington Northern-Santa Fe and Kansas City Southern.

Proximity to Distribution centers is key

The entire area is also accessible by three interstate highways; I-35, I-45 and I-20.

In fact, companies like FedEx located along Interstate 45 near Interstate 20 in the middle of the Inland Port can attest to the convenience of close proximity to everything you need at your fingertips.

Other distribution centers in the area include Amazon, Conn’s, Home Depot, Loreal, to name a few.

Union Pacific Railroad built a terminal in the Inland Port area where containers arrive by rail and are then put on trucks for further shipping.

As word about the Inland Port keeps emerging more warehouses continue to show up. Mike Rader’s Prime Point Development has been keeping an eye on the Inland Port and the acres to be developed for years. He keeps the momentum going and over the years has coaxed companies like Biagi, a company receiving Mexican beer for distribution around the country and there is the Belgian Company Katoen Natie to join the Inland Port family.

The City of Lancaster also has the Lancaster Airport. Ssince this airport is on the tip of the Dallas Inland Port, cargo and larger planes will soon be flying in and out as needed to add to the transportation capabilities in the area.

For employees Star Transit is available for transportation in the Inland Port of Dallas area for workers needing to get to work.

Indeed, the Inland Port has been hatching in the South Dallas area for years. Now residents and large companies are looking at this International Inland Port of Dallas and seeing a lot of land, a meeting of important highways and a labor pool ready to work.

It is the perfect storm in the best kind of way. 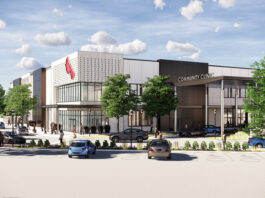 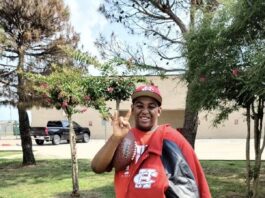 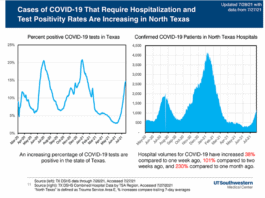