Home News Are Drones The Next Big Thing In Community Policing?

Is That A Drone?

According to DeSoto Police Chief Joe Costa, “Drones are the future of policing and they give us a birds-eye view of everything on the scene before our officers arrive.”

From a safety perspective you can’t beat it.

Particularly now with the social distancing and stay home orders because of COVID-19.

The DeSoto Police Department had a drone program long before the coronavirus word had ever been uttered from the lips of residents locally and nationally though.

Detective Pete Schulte, J.D., Criminal Investigations Division of the DeSoto Police Department said “This type of technology is the future of law enforcement and we will continue to utilize advancement in this technology to help keep our citizens safe. Our UAS Unit began in 2016 with a small UAS/drone.”

The DeSoto Police Department currently owns four Unmanned Aircraft Systems (UASs), drones, and has access to five. Of the UASs DeSoto owns, one of the UASs is a commercial public safety UAS. It allows the police department to use advanced technology in a variety of public safety situations. This includes advanced video technology and thermal imaging. The other three UASs are higher-end personal use aircraft that are available for purchase by the public.

Schulte said “The commercial public safety UASs, with the advanced technology, cost approximately $25,000 each. The smaller UASs cost around $2,500 or less.”

There are four officers in the DeSoto Police Department trained as operators. One has the FAA Part 107 UAS license.

And in case you think the DeSoto drone program is typical for the area police departments, it is not.

In fact, Schulte said “In Southern Dallas County, we are only aware of the City of Grand Prairie that has the current capability that we have.”

So, it is a bit like the various police departments having borrowed the use of other department’s K9 units when necessary.

Most recently the DeSoto Police Department’s drone was used to monitor the COVID-19 testing site at Ellis Davis Field House. With a view from above, the officers could monitor the entire site efficiently and quickly, according to one city staffer.

Other success stories include the Police Department’s use of the UASs for a variety of public safety applications such as:

Rules on drone flying in the Dallas area

The FAA is aware of the DeSoto PD’s UAS program. Schulte said they work with the FAA to let them know when the department will be close to airport airspace.

“We operate under a certificate of authority (COA) issued by the FAA with parameters that allow us to use our UASs where a regular citizen could not,” he added.

Schulte said so far other than providing security and overwatch, the department has not had any further requests for UAS use during the current medical crisis. He said that could change quickly depending on what the future holds.

“DeSoto police have made very successful use of new technology to make our residents safer and our drone program shows tremendous promise to be able to continue to enhance DeSoto’s safety in the future,” concluded DeSoto Mayor Curtistene McCowan. 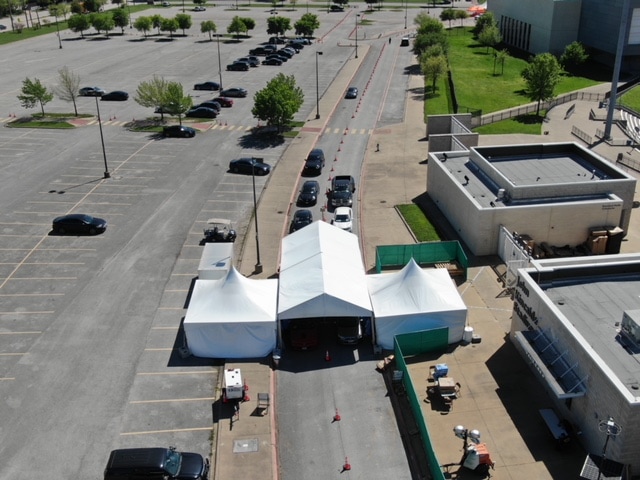