The office is in the City of Lancaster Visitors Center and State Auxiliary Museum located at 103 North Dallas Avenue.

Local politicians, school board trustees, school superintendents and campaign volunteers were in attendance.

“You have to enjoy the journey,” Sherman said to attendees. “It is about getting things done. But you also have to smell the roses along the way.”

Dallas County Commissioner John Wiley Price was on hand to say a few words before heading to another engagement.

Price went on to say that Rep. Sherman can only be as good as the people he surrounds himself with.

“He is going to work hard, but that means you are going to have to work hard,” Price adds. “District 109 deserves this, and it was a great handoff from State Representative Helen Giddings who is still very much involved. So, whether it is high speed or any of the other issues with transportation, which as far as I’m concerned is paramount, growth and development will follow transportation.”

In September 2018, the Lancaster City Council approves Representative Sherman’s use of available space in the State Auxiliary Museum. The relocation of the District 109 office from DeSoto to Lancaster was one of Sherman’s first major decisions.

Officials believe having a state representative in Lancaster will add visibility; as well as provide additional traffic to the community.

Sherman said 10 factors stood out in making the final decision of where to office. These 10 factors included business and government environment, cost, quality of life in the community, transportation, the quality of site location, culture, accessibility, security, infrastructure and quality growth material.

“So often I can be so focused that I am not really concerned about anything else, but just the goals that are before me,” Sherman said as he was concluding his thoughts Friday night.

Even while he was enjoying the people he is meeting; he was still being aware of the issues.

“We have an educational system that is broken,” he said. “We made promises we have not fulfilled, and at the end of the day when we tell folks education is important then we should back it up with resources.”

State Representative Sherman said he is excited about the new office location in Lancaster. His District Director will be available in the Lancaster office full time.

“Lancaster is centrally located, and I think our future will be bright,” he concluded. 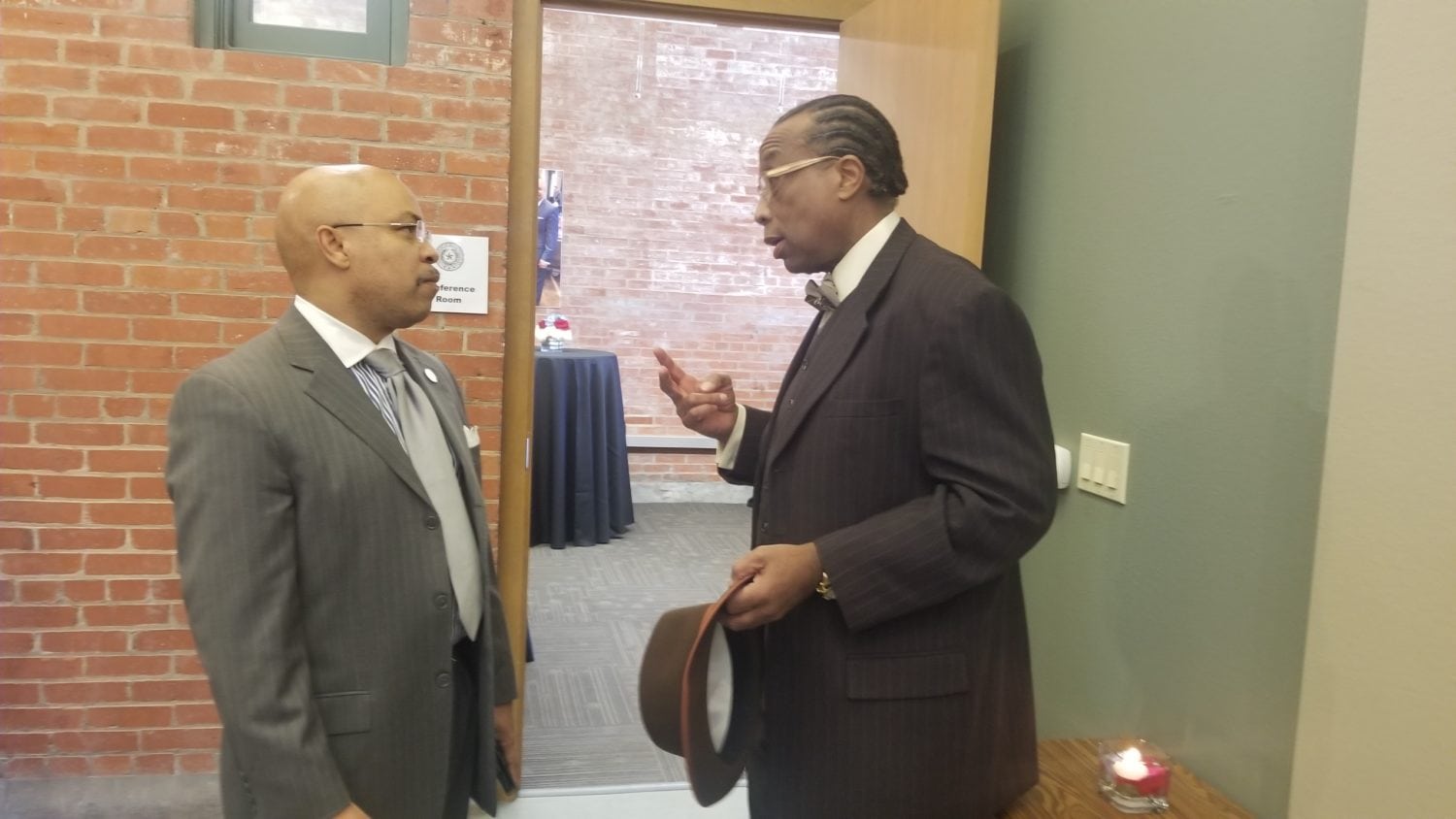