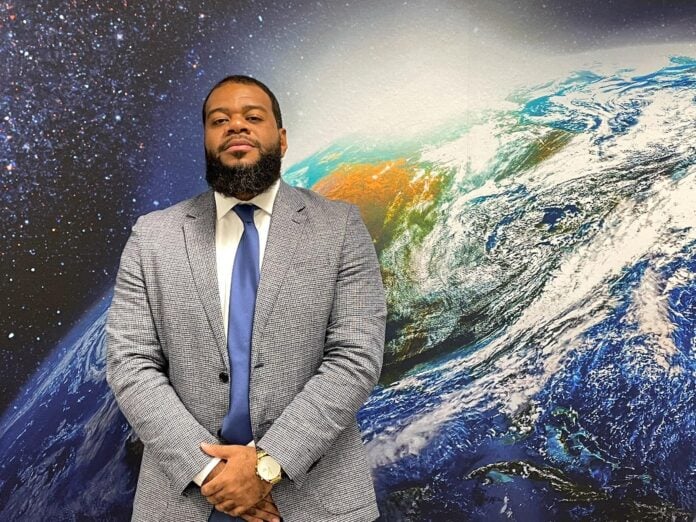 (CEDAR HILL, TEXAS) Few individuals have post-secondary degrees in a wide variety of studies as Business Marketing, Engineering and Adult Education, but Dr. Mikos Smith is an extraordinary person.

Smith said each of his degrees has shaped him as an individual.

“The (undergraduate) Business degree allowed me to be more social,” Smith said. “Engineering (Master’s Degree) helped me become more analytical – to look at something and figure out the solution. My Ph. D in Adult Education gave me the platform to speak to individuals and to know the job has to be completed.”

Smith said beyond his formal education, he values each and every life experience.

He grew up in Birmingham, Alabama and was a lifeguard in college and afterwards. During his undergraduate years at Alabama A&M University, a Historically Black College & University (HBCU) located in Huntsville, Alabama, Smith saved a father and son from drowning.

After graduating from Alabama A&M in 2007, into what was then a challenging job market, Smith accepted a job as a guest services representative for a car rental company.

While some may have seen it as a “stepping stone” job, Smith tried to learn as much as possible from the experience.

“It gave me a lot of training in leadership, management and customer service,” Smith said. “Every job, I look at it like a golden opportunity. You can definitely learn something from everything.”

Smith earned a Master’s Degree in Engineering from the University of Alabama at Birmingham (UAB) in his hometown.

He worked as an Assistant Project Manager for Mayberry Electric in Atlanta and taught Engineering at a high school in the Atlanta area.

Smith was working on his Master’s Degree at Auburn University when he had an opportunity to join Southern Methodist University (SMU) in Dallas as its Director of Aquatics.

“I worked with the SMU Swim Team and different students, working in different roles,” Smith said.

Smith’s dissertation at Auburn was about the correlation between NCAA Division I graduation rates with each university’s athletic budget.

He was especially proud of his Ph. D.

“My professors told me, ‘when you say Dr. Mikos Smith, Auburn University, you’ll mean it every time you say it,” Smith said.

During the process of pursuing his Ph. D, Smith was living in a Dallas apartment when a crane collapsed and split his apartment complex in half, in June 2019. Smith was not injured in the accident, but he said the experience briefly rendered him homeless and temporarily delayed the completion of his dissertation.

He ultimately completed the doctorate in December 2019.

Smith credits the inspiration of his late grandmother, Mollie Witt, with inspiring him to get a doctorate. She had a Master’s Degree in Education and tragically passed away of COVID-19 in February.

“I want to get that last degree and change my name to Dr. Smith,” Smith said. “It was an opportunity to give myself a challenge.”