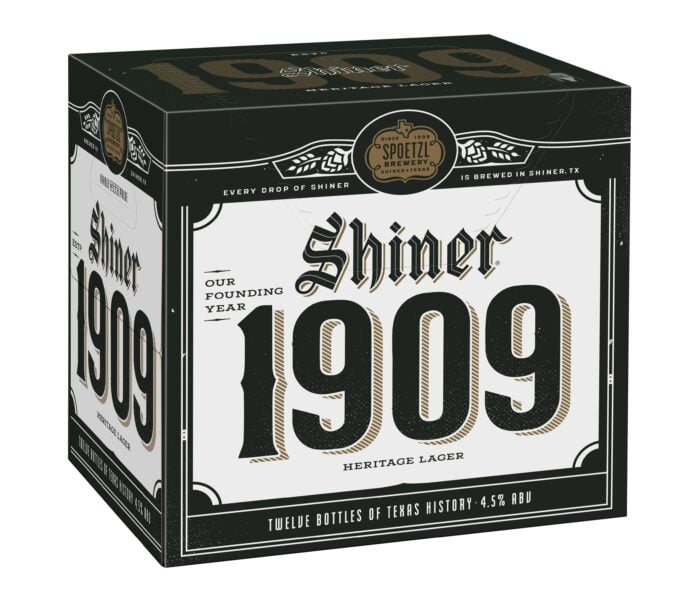 Shiner, TX-  It’s no secret I like to drink local craft beers made in Texas. Shiner Bock from the Spoetzl Brewery was of the first Texas made beers I met before becoming a resident of Texas. Last week, the independent, family-owned makers of the iconic Shiner Bock, announced a new beer honoring their 112-year history. Shiner 1909 is a small-batch lager brewed with heritage ingredients celebrating the history, endurance, and Texas heritage of the Spoetzl Brewery.

Every drop of Shiner beer is proudly brewed and bottled in Shiner, Texas at the same brewery founded in 1909 by a group of Czech and German settlers. In 1914, a Bavarian named Kosmos Spoetzl joined the Shiner brewery, finding success using his signature
recipe, a combination of old-world Bavarian techniques and his own secret, innovative twist. Kosmos created a legacy with Shiner beers that became a cult classic in Texas and beyond. Today, Shiner Bock is the #1 craft beer in Texas.

Inspired by the simple ingredients Shiner’s brewers used in 1909, their founding year, Shiner 1909 is crafted with Heritage 2-row barley, Noble hops, Shiner’s proprietary lager yeast and water from the same artesian well the founders discovered over a century ago. The result is a light-bodied lager with a toasty aroma, rich malt flavor and a crisp,
refreshing finish.

“We’re so proud to launch Shiner 1909 in celebration of the brewery’s rich history. For 112 years, Shiner has brewed flavorful, refreshing and sessionable beers, becoming a favorite not only of Texans but of beer lovers nationwide. With this new release, we’re paying respect to our past while toasting to the future, and we’re making it available year-round so we’ll all be able to celebrate our birthday every day of the year,” says Matt Pechman, Spoetzl Brewing’s Head of Marketing.

Shiner 1909 (4.5% ABV) is available now nationwide and comes in 6 or 12-bottle packs.
For more information on Shiner Beer and its full portfolio, visit www.shiner.com. 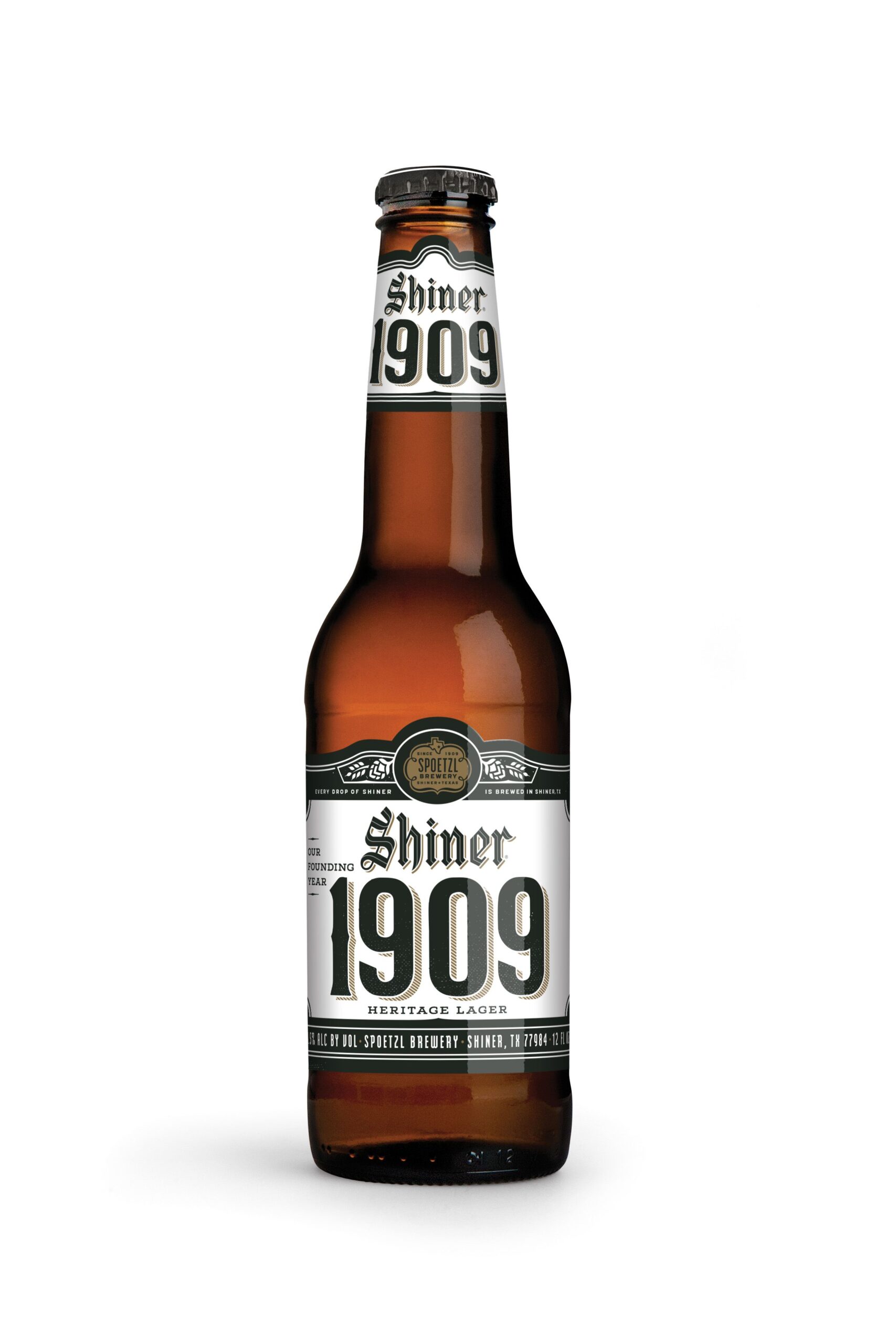 About Shiner and the Spoetzl Brewery:

The Spoetzl Brewery was founded in Shiner, Texas (population 2,069), in 1909, by Czech and German immigrants brewing beer with old-world traditions and recipes for Central Texas. Since then, the brewery has grown to be one of the largest independent craft brewers in the country with beers available in all 50 states and Mexico. To this day, every drop of the award-winning beer is brewed right in Shiner, TX, where it all started 111 years ago. Visit us at www.shiner.com