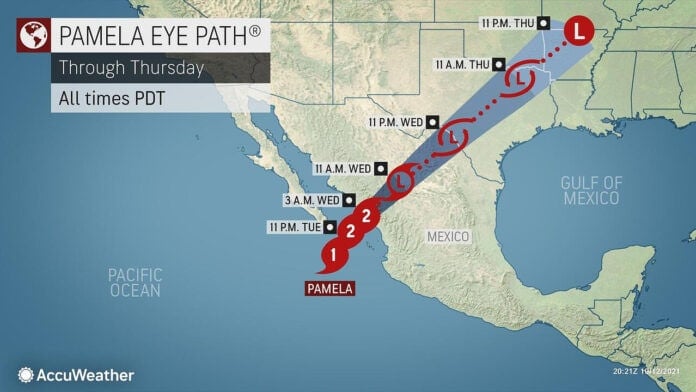 AccuWeather Global Weather Center – October 12, 2021 – Moisture from Hurricane Pamela is expected to reach Texas Wednesday evening and the result may be life-threatening flash flooding, especially within the Texas Hill country.

Pamela is expected to make landfall as a category 2 hurricane along the coast of Mexico by very early Wednesday morning.

Pamela is then expected to accelerate northeastward through Mexico and rapidly lose wind intensity.

While Pamela is expected to lose almost all of its strong winds by the time it reaches Texas, it will still be capable of producing tremendous rainfall rates of 1-2 inches per hour. 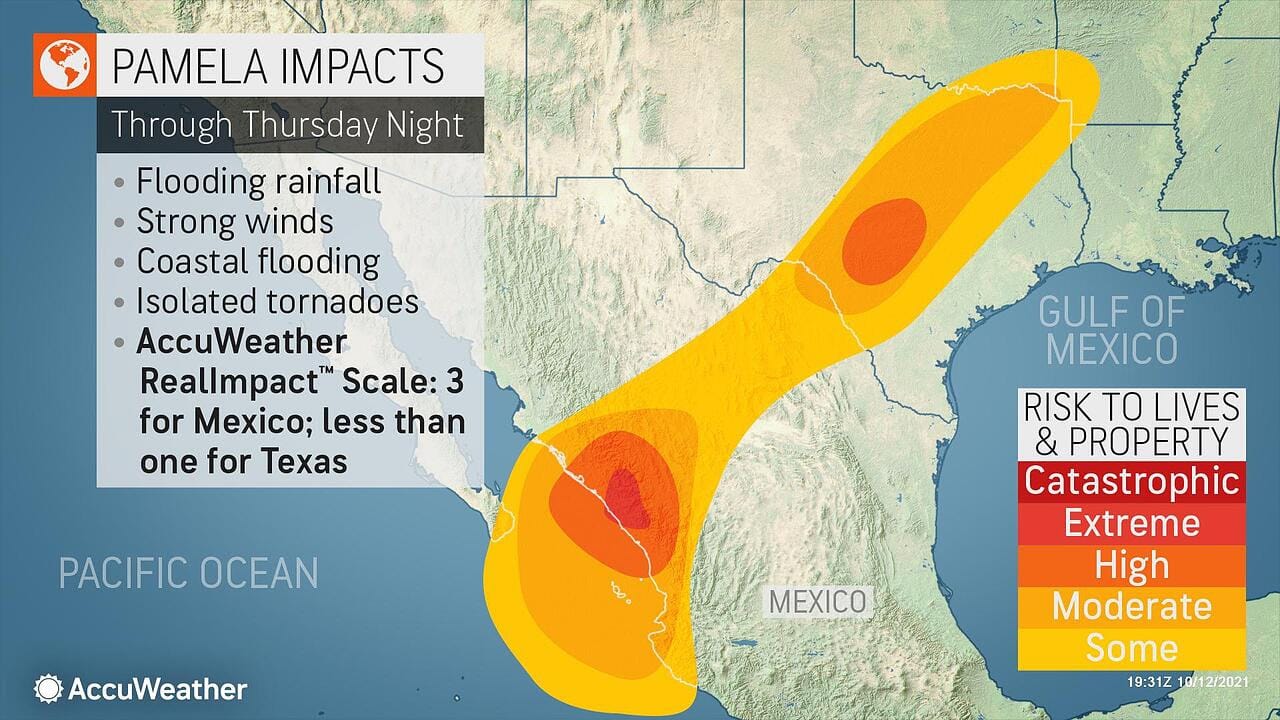 “Large portions of both central and eastern Texas are set for a soaking later this week as Pamela crosses through the state, likely as a tropical rainstorm,” AccuWeather Meteorologist Mary Gilbert said.

Some locations could record rainfall totals as high as 4-8 inches (100-200 mm) spanning from central to northeastern Texas into Friday. One major population center forecast to fall in the bull’s-eye of the heaviest rain is the Dallas-Fort Worth metroplex. The Dallas-Fort Worth area has received about 1.35 inches of rain so far in October, or about 31% of the 4.37 inches that is normal for the month, according to Gilbert. 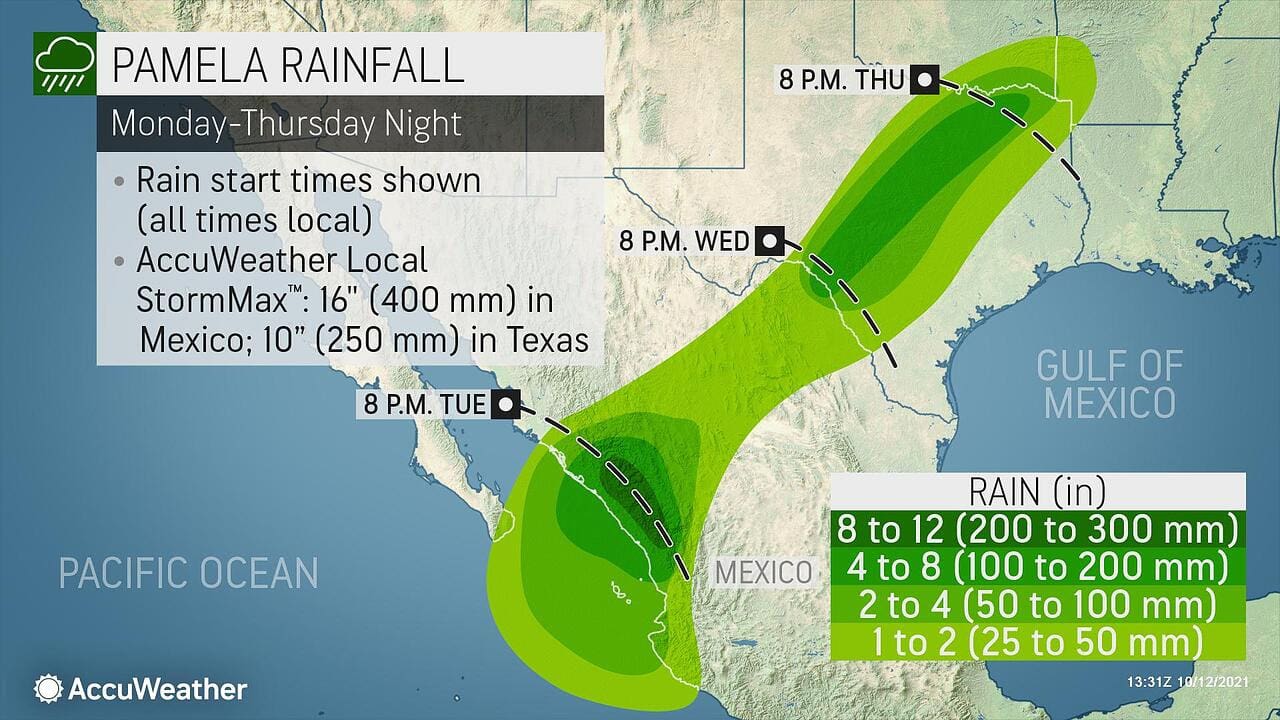 Motorists traveling through this region during the period may encounter very low visibility in heavy rainfall and submerged roadways due to low-lying and poor drainage flooding. Remember, never try to cross a flooded roadway with moving water, even if the water does not look that deep.