Home Sports Red Oak Football, A Team To Watch In 2020

The latest evidence that Red Oak football is indeed back among the elite comes from none other than the Bible of Texas high school football, “Dave Campbell’s Texas Football” magazine. The experts at the publication have named the Hawks as one of their teams to watch in 2020.

But then, the Hawks have given folks plenty to watch ever since Chris Ross became their coach for the 2018 season. Prior to his arrival, the Hawks had a 9-41 record over five seasons. They won that many games in his first season (9-2) and topped it this past season with an 11-2 mark, winning two playoff games for the first time since 2012.

And the Hawks bring plenty of talent back from last season’s squad that included one of the state’s most prolific offenses – the eighth-highest scoring (53.3) – and a strong defense. Seven offensive and eight defensive starters will be back as the Hawks try to take the next step toward what they hope will be competing for a state championship.

The 2019 season began with a 48-27 loss to Denton Braswell and ended with a 34-14 loss to perennial power Aledo, which went on to win the Class 5A Division II state title, a record ninth championship in 11-man football.

In between those losses, however, the Hawks reeled off 11 straight wins in dominating fashion. They scored 40 or more points nine times, over 50 seven times, over 60 six times, surpassed 70 four times and even topped the 80-point mark once. Meanwhile, the defense held four opponents to six points or less, including three shutouts.

So it’s easy to understand that, with the nucleus of that powerhouse returning, the “Dave Campbell’s” staff have their eyes on the Hawks. And it’s a good bet their opponents have as well.

In typical Ross fashion, he’s glad to see his team get commended, but acknowledges they still have to go out and prove the prognosticators right.

“Those things are kind of like the ‘it’s way too early poll.’ But they’re recognizing the hard work of the kids and the program, and we appreciate that,” he said. “It doesn’t help us win any games, but it’s great to be noticed, and the guys deserve this.”

Ross said he takes pride in reviving the program, but said it took a lot more than just him to bring the Hawks back to prominence.
“It’s about a shared vision, a positive culture,” he said. “You provide hope, show them what can happen.”

And what can happen is a team emerging as one of the best around – with high expectations for even more in 2020. The Hawks were above the national average in many categories, according to MaxPreps, including team rushing yards (243 per game), team passing yards (227 per game), sacks (18), interceptions (19) and touchdowns (114).

Defensively, senior-to-be outside linebacker Jackson Bailey (60 tackles, 9 for loss), a first-team all-district choice, will be back. In fact, the Hawks will be stacked at linebacker, with seniors-to-be Devin Steen (59 tackles, 6 for loss) and second-team all-district Carter Lincoln (56 tackles, 11 for loss, 3 sacks) returning.

Defensive lineman John Mathis, who will be a senior, posted four sacks.

Of the 78 tackles for loss by the defense last season, 41 were posted by nine returning players. Eleven players return who posted 20 or more tackles during the season, and of the 18 sacks, nine were made by returning players.

The Hawks’ numerical roster in 2019 included 22 seniors, 26 juniors, two sophomores and a freshman.

“I’ve got great leaders and a really great staff, and together we’re putting together something special,” Ross said, adding, “Potential means you haven’t done it yet. We still have to win these games. Do we have the talent? Sure, we do.

“I’ve never seen the media decide who wins a football game, but if this motivates my guys, that’s great.” 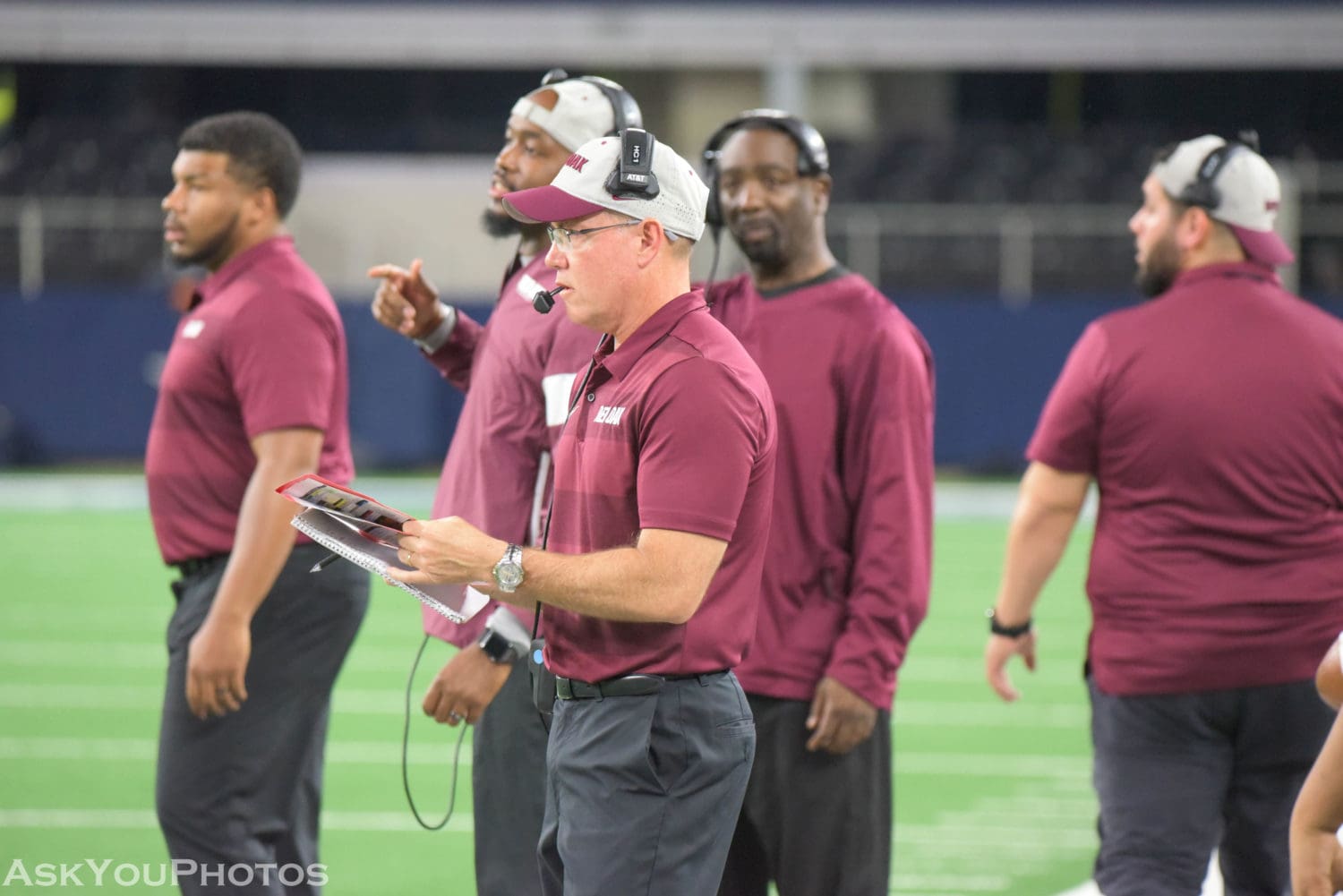