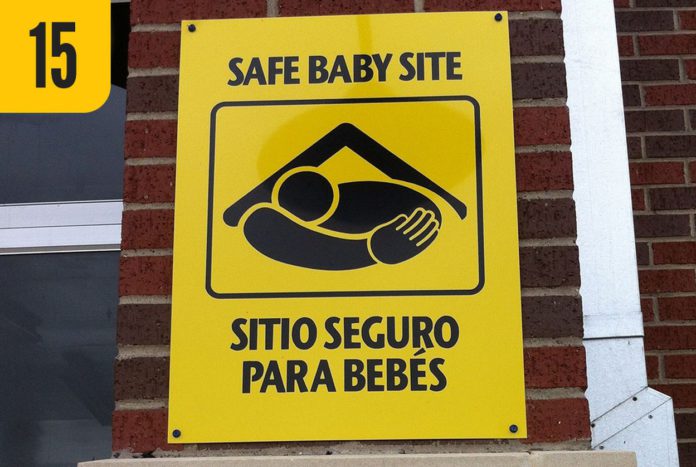 A retired teacher who lives in Cedar Hill, Patsy K. Summey has been involved in numerous community service projects. One project she is most passionate about is Baby Moses Dallas, a nonprofit she helped create and fund in 2004, and still serves as Project Coordinator.

Duncanville resident Alan C. Elliott, a colleague who co-authored several history books with Summey, was also a founder of the group. They started Baby Moses Dallas when learning of the need to publicize a little-known Texas law, the Safe Haven Law, sponsored by State Representative Geanie Morrison, R-Victoria, and Sen. Jane Nelson of Flower Mound in 1999. Since then, a Baby Moses Law (as it is called in Texas) has been adopted by all states.

The law allows parents of a newborn they are unable to care for to bring the baby to a designated safe place with no questions asked. This provides those unable or unwilling to care for their child a safe, legal choice. They can leave the infant with an employee at a designated safe place: Hospital, fire station, free-standing emergency center or emergency medical services station without fear of legal consequences.

In Texas, the baby must be 60 days old or younger, unharmed and safe. The parents will not be prosecuted for abandonment or neglect. Child Protective Services (CPS) takes over caring for the infant, who is placed into foster care and available for adoption after six months.

Summey says, “The law went into effect Sept. 1, 2001, when George W. Bush was governor of Texas. Because of 9/11, the law fell through the cracks. Alan and I were both active in CrossWise Players, a drama troupe at Tyler Street United Methodist Church. We decided to put together a public service announcement since our biggest problem has been educating and informing people about the little-known law.”

The Baby Moses Dallas group initially reached into their own pockets to pay for brochures and fliers, postage, and public service announcements. Rep. Geanie Morrison’s office provided the Safe Baby Site signs and Baby Moses Dallas distributed them to area fire departments and hospitals. Summey said the first sign they placed was with Chief Steve Pollock at the Cedar Hill Fire Department. Their signs are now up at fire stations in 25 area cities including Dallas, DeSoto, and Duncanville.

Summey says they are always on the lookout for new places to put the Safe Baby Site signs. In 2007, when she learned the fire station in her hometown of Athens didn’t have a sign, she took them one. She is available to speak to civic, community and school groups in North Texas about the Baby Moses Dallas project.

CPS estimates that about 40% of children who die from abuse or neglect are under one year of age. Summey says CPS does not release figures for the number of babies rescued since the Baby Moses law was passed, but they have been told “at least 50 have been saved, but if only one child’s life is saved, we feel our efforts are not in vain.”

The Baby Moses Project offers “A Choice for the Parent and a Chance for the Baby.” Safe Haven signs were originally placed in front of hospitals and fire stations, but emergency centers were added in 2015 after several babies had been left at Texas centers.

Elliot said, “On an average year in Texas, 100 babies are abandoned and about 16 are found dead. An unknown number of murdered babies are never found. Before we began working on this campaign, we knew of no babies that had been safely handed over under the Baby Moses Law in Dallas County. Since our campaign began, there have been over 50 babies turned over safely; babies who might have been harmed or killed. Patsy has put thousands of miles on her car as she’s driven all over Dallas and Texas to do presentations for Rotary clubs, AARP, nurses associations, business organizations, educators, fire and rescue personnel, and any other place that will listen to the message. She’s also helped ‘Safe Baby’ organizations outside of Texas, including one group in Australia.”

In recognition of her volunteer work, Summey recently received the NSDAR Women in American History Award from Old Chisholm Trail chapter. The award was presented by Committee Chair Patricia Thibodeau at the February 3 chapter meeting held at Duncanville’s Museum of International Cultures. At that time, it was announced that Summey has also been named winner of the state’s award for Women in American History, which will be presented at the Texas Society DAR Conference in San Antonio in March.

Summey is also a longtime volunteer for Methodist Hospital Dallas, producing their bi-monthly Volunteer Voices newsletter and helping coordinate Project Linus to provide blankets for hospitalized children and adults. She has received a Presidential Service Award pin and a certificate signed by President Barack Obama for her volunteer work.