I have been to the launches of a number of Nissan’s over the past year. The Rogue, the Armada, the Titan, the Titan XC, the Pathfinder, the Murano, and the Maxima … All were impressive and it certainly showed at this year’s Texas Truck Rodeo when Nissan took six major awards back home to Nashville. The following is what Nissan has to say about the awards it picked up at Longhorn River Ranch this past week – Marlon Hanson

The event, held this year at the 1,632-acre Longhorn River Ranch in Dripping Springs, Texas, included grueling on-road and off-road evaluations. Nissan vehicles won a total of six awards, including three for the new TITAN full-size pickup lineup. The 2017 Armada, TITAN and Murano – which was named “Mid-size Crossover of Texas” for the second consecutive year – are on sale now at Nissan dealers nationwide.

Three iterations of the 2017 TITAN pickup finished at the top of their categories:

For the 2017 model year, the Nissan full-size pickup lineup has expanded with the arrival of the TITAN half-ton. Powered by Nissan’s new 390-horsepower 5.6-liter Endurance® V8 engine, the TITAN half-ton is available initially in a roomy Crew Cab body, in both 4×4 and 4×2 configurations and in five well-equipped grade levels: S, SV, PRO-4X, SL and Platinum Reserve. TITAN half-ton joins the powerful TITAN XD, which debuted in last year and was named “2016 Truck of Texas.”

“Nissan is humbled by the recognition of these discerning truck experts who have recognized our innovation, quality, drivability, safety and value across our entire truck lineup, including the TITAN, TITAN XD and new high-value Single Cab configuration,” added Diaz. “For TITAN to be named ‘Full-Size Truck of Texas’ for our Texas edition TITAN is a real honor – as Texas has certainly played a huge role in the development of our expanding lineup of American TITAN trucks.”

The Nissan Murano – winner of the 2015 “Mid-size Crossover of Texas” – garnered its second straight honor from TAWA members in 2016, adding the “Mid-size Crossover of Texas” recognition to the “Activity Vehicle of Texas” title awarded last spring. Murano, which is becoming one of the most awarded vehicles in Nissan history, has found a special place in buyers’ hearts, with sales up more than 35 percent so far this year.

“Murano’s head-turning, statement making styling inside and out continues to compel the Texas Auto Writers to recognize Nissan’s mid-size crossover as leader in personal appeal,” added Phillips. “Murano’s showing, plus the TITAN lineup and Armada’s showing, impressed our journalists across the board in this year’s Texas Truck Rodeo – which was our most competitive event in our history.” 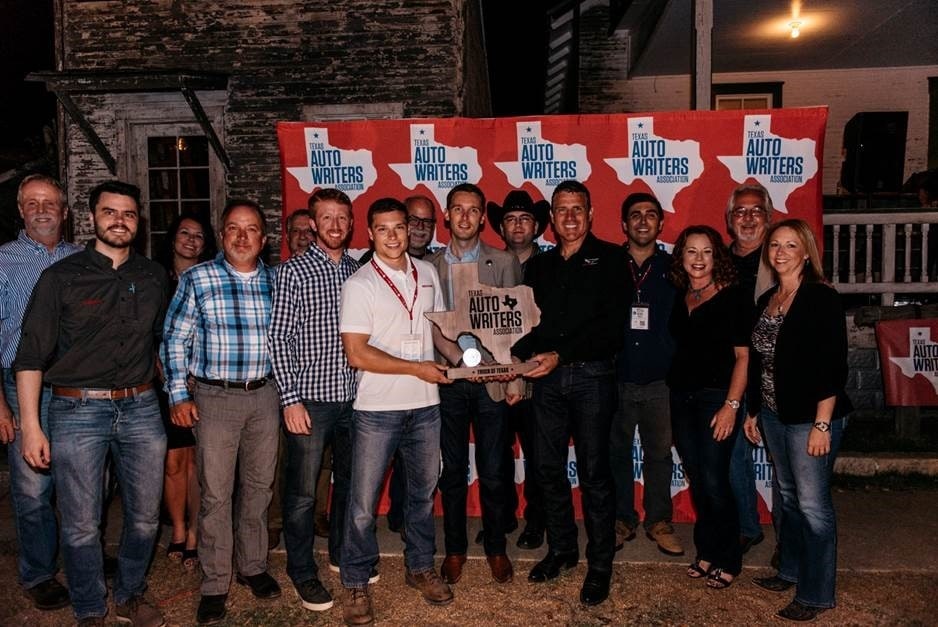