Home News National Night Out Heats Up The August Streets

BEST SOUTHWEST – Triple digits in Texas – no problem. Not when it comes to safety in the Best Southwest. Next month on August 7, 2018 residents in both Lancaster and DeSoto will take part in National Night Out with block parties held around the cities.

National Night Out (NNO) encourages good relations between law enforcement agencies and the people they serve. The event is historically celebrated in October, but because of the extreme heat in Texas an exception has been made for cities in the Lone Star state.

The City of Lancaster during the past 15 years it has taken part in National Night Out, have hosted its events in both August and October.

Jasmine Carr, Community Programs Coordinator, City of Lancaster said “On Tuesday, August 7, 2018, we will visit the various neighborhoods hosting events. On Tuesday, October 2, 2018, we will host a city-wide centralized event at the Public Safety Building.”

“It is a great opportunity for community members to interact with police and various departments, foster relationships, and unite to make the city safer,” said Lancaster Police Department Lieutenant Nate Thompson.

Neighborhoods typically host cook-outs, block parties and open mics, with a variety of activities for kids and ice-breaker games for adults. Kids of all ages enjoy getting a close up look at emergency vehicles, equipment, and personnel. Participants will also receive information on crime prevention tools and local upcoming events.

Please visit www.Lancaster-TX.com/NNO or call the City of Lancaster at (972) 218-1306 if you would like to register your neighborhood to participate.

The City of DeSoto also hosts its NNO event in August. The City doesn’t have an actual formal event and like Lancaster supports the HOA’s and neighborhood associations who sponsor their own events.

“This is a time for neighbors to get out of their homes, talk to one another about issues that affects the citizens in that neighborhood and get to know one another,” said Officer David Williams from the DeSoto Police Department. “There is usually food at most of these events and if the police show, we can talk about the issues going on in the city.”

In the past, anywhere between 10 to 15 associations have participated and Williams said they have also sent out various fliers and a letter from the Chief inviting associations to participate in this year’s NNO program.

“We usually have different police commanders, including Chief’s, that escort various city councilpersons to the meetings,” Williams said. “This would also include some school district board members.”

To get involved Williams said “The HOA’s can contact myself or Officer Jessica Ryan in Community Services [at the DeSoto Police Department] and we can place them on the participating roster so someone from the city can attend their event.”

National Night Out was established in 1984 as a free community-building event. Police departments and other emergency personnel meet the public and provide information. Traditionally the face time between police, business leaders, elected officials and residents is thought of as a community policing initiative. 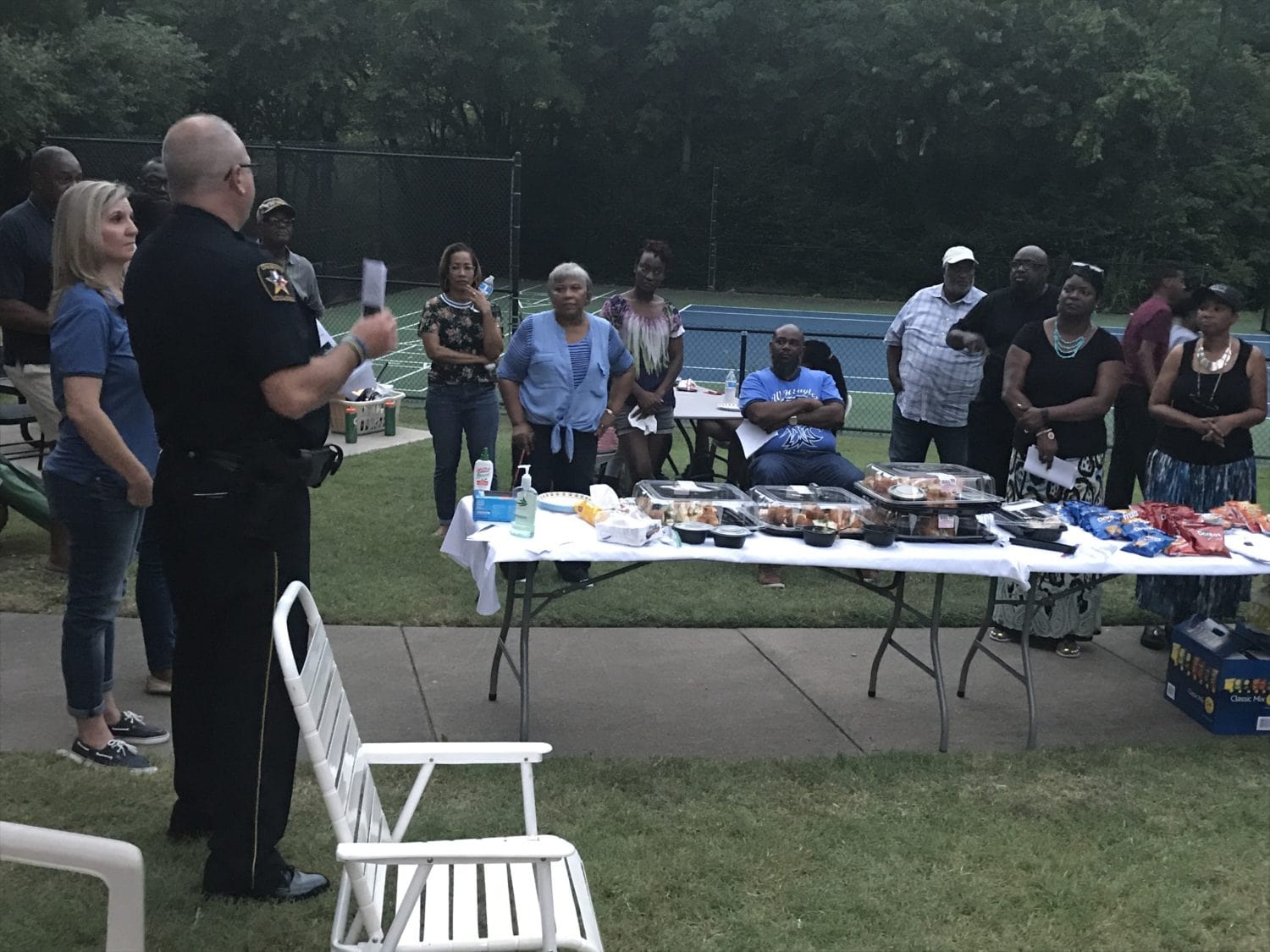