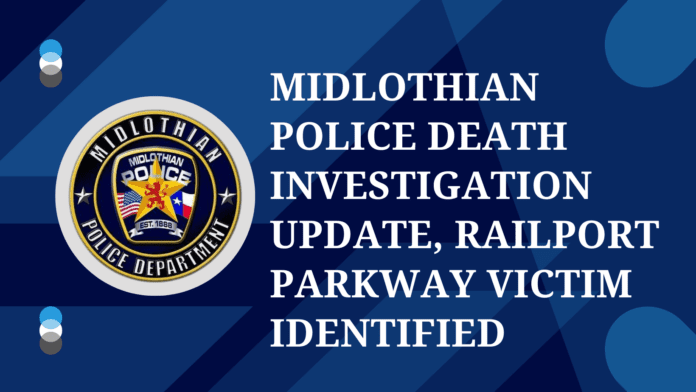 On May 27, 2022 at approximately 9:50 PM, Officers from the Midlothian Police Department responded to a deceased person in the roadway at Railport Parkway and the US HWY 67 service road. Investigators from the Traffic Unit and Criminal Investigations Division responded to the scene and began an investigation.

Investigators were able to obtain video footage showing the victim, identified as Felimon Copalcua-Vasqeuz (H/M, 51 years of age), climbing onto a semi-truck at a fueling station in Edinburg, Texas and hiding in the wind deflector. The semi-truck then traveled nonstop to Midlothian, TX to make delivery at the Target Distribution Center. Investigators believe the victim attempted to exit the vehicle as the truck turned onto Railport Parkway from the US HWY 67 service road and was struck by the truck tractor’s rear wheels.

The driver of the semi-truck has been identified and is cooperating with the investigation. Investigators have reviewed several pieces of evidence in this case including electronic logs, GPS data, and video surveillance along with interviews of the driver and witnesses. At this time, it appears the driver had no knowledge that the victim was on his truck. The investigation is ongoing and the case will be forwarded to the Ellis County District Attorney’s Office for review.

On May 27, 2022 at approximately 9:50 PM, the Northern Ellis Emergency Dispatch received reports of an Unresponsive Person on Railport Parkway near US HWY 67. A caller reported that as he was driving on Railport Parkway, he saw a what appeared to be a male lying in the roadway.

The reportee stopped to attend to the subject but found him to be unresponsive. Patrol officers from the Midlothian Police Department and medical personnel from the Midlothian Fire Department were dispatched to that location. When responders arrived at the scene, they found a Hispanic male – possibly in his late 30’s – deceased. Investigators from both our Traffic Division and our Criminal Investigations Division responded to the scene. We are now conducting an investigation in to the incident. At this time, we believe the subject may have died from severe trauma that is indicative of him being struck by a vehicle. However, we are waiting for a review from the Medical Examiner to confirm the cause of death.

The deceased individual was carrying identification that was not government-issued so he has not been officially identified at this time, nor has any next of kin been contacted.

If you have any information on this case, please call 972.775.3333 and ask to speak with an investigator.