When it comes to volleyball, North Texas is known as a hotbed for talent. That was evident once again this season.

Highlighting the season were deep postseason runs by both Midlothian Heritage and Midlothian High School, along with Red Oak. Heritage (29-19) reached the Class 4A Region III final, while Midlothian (26-18) and Red Oak (35-11) each advanced to the Class 5A Region II semifinals.

Named all-state by the Texas Girls Coaches Association were:

In her first season as head coach of the Jaguars, Erika Weber led her team back to the regional final. It was the third-straight season for the squad to advance that deep, with a state semifinals appearance in 2018.

“I couldn’t be more proud of where we started and how far we came this season,” Weber said. “Regional finalists is a huge accomplishment, and these girls worked extremely hard day-in and day-out. Biggest highlight would be beating Argyle to win the Duncanville Tournament of Champions.”

The Jaguars ran through District 17-4A with a perfect 10-0 record for a second-straight season.

“I can’t wait to see how the dynamic of the new 2020 team works to be successful,” Weber said. “This was a special group of seniors, and their shoes will be hard to fill. They have left a legacy here at Heritage, and I am thankful for their relentless effort each day to build a program of good moral character and hard work.”

Coach Shain Sackett’s team featured two freshmen who earned superlative awards in District 14-5A, in which they finished second with a 9-3 record. Outside hitter Kenna Buchanan was named Hitter of the Year and libero Jenna McMichael was Newcomer of the Year.

In all, eight players will return next season for the Panthers, who enjoyed their deepest playoff run since reaching the regional finals in 2004.

“We went into the season expecting some growing pains in three of the seven positions, with the three being first-year varsity starters,” Sackett said. “Then we lost an outside hitter and libero to injury, and it took a while to fill those spots. As our tournaments came to a close, it became evident that a couple of freshmen were going to have to grow up quickly.”

Then another key injury attacked the depth even more. Despite this, the Panthers hit their groove in the second half of district.

“We played some great competition early, took our lumps and then the team started gelling at about the right time,” Sackett said, adding that the season’s biggest highlight was a come-from-behind regional quarterfinals victory against Forney that ended with a 15-13 victory in the fifth game of the match.

“We worked so hard preparing for this playoff run, and it really paid off,” he said. “I’m actually getting goosebumps just going back over this match. They will want to taste that success again, and make Midlothian High a team to be reckoned with in the years to come.”

Continuing a long tradition of success for the Hawks, Coach Hope Porter’s team once again advanced deep in the postseason. It was the third consecutive regional semifinals appearance for the squad and the 21st time the program has gone that far since 1991.

The Hawks also rolled through District 14-5A with an unblemished 12-0 record.

In all, the Hawks have eight players returning in 2020.

“This year’s team was just that, it was a team. This group of girls came together with one goal in mind and that was to win matches,” Porter said. “I think our biggest highlight this season beyond the undefeated district record was the come-from-behind victory in the regional quarterfinal match against Whitehouse (down 0-2 before winning three straight games).

“We have already started working toward next season. It’s exciting to see if these remaining kids and the freshmen coming in will step up to the plate and keep with a new run of district titles.” 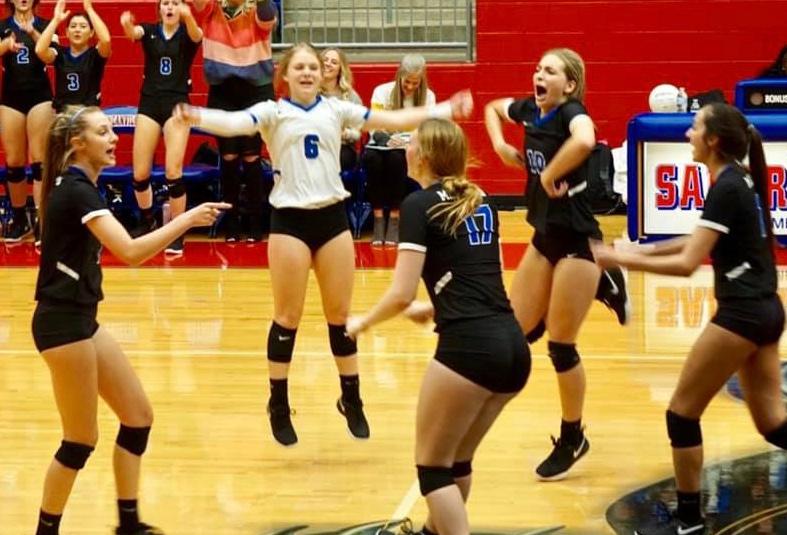