He’s been preparing to be Santa since the day his mother named him Noel. And he’s finally got the role.

Born the first week of December, he was named for the Christmas season and his friends and classmates started calling him Santa or Papa Noel.

Santa gets his suit

Two years ago, the Dallas resident finally stepped into the big guy’s boots when a friend’s 9-year-old grandson brought home a Santa suit. His mother told him to take it back, but the boy’s grandmother took it to Mayfield.

“She’s a Donna Summer impersonator,” Mayfield said. “She said ‘I’ll take it and get Noel to be Santa at my birthday party.’”

The extra-large suit fits 6-foot-3 Mayfield with room to spare. He was a hit at the party, so much that he and his new suit were invited to be Santa at local churches and parties.

“One Sunday, they took me to Golden Corral and I had my suit on,” Mayfield remembered. “People mobbed me. I couldn’t get my food or nothing. After that, the manager asked me to be Santa every year.”

Mayfield does run into unbelievers, he said, but they don’t bother him.

Youngsters ask for toys, computers and phones, sometimes things Mayfield has never even heard of.

“I always tell them ‘If you are good, I’m going to talk to your mother about getting you a computer or phone,” Mayfield said. “I tell them to be good and clean your room and I’m sure you’ll get what you want.”

And Mayfield always reminds children of the real reason for Christmas.

“Jesus came to bring life that we might have it more abundantly,” he said. “I can’t leave church out of my Santa Claus life.”

Mayfield says he never charges for being Santa.

According to the poem “Twas the Night Before Christmas,” it’s easy to spot St. Nicholas.
“His eyes – how they twinkled! His dimples how merry! His cheeks were like roses, his nose like a cherry! His droll little mouth was drawn up like a bow, And the beard of his chin was as white as the snow.”

In addition to his donated Santa suit, Mayfield wears tiny spectacles, glitter on his cheeks and has a big Santa bag. And he brings his own snow-white beard.
“When (kids) touch it, they don’t speak,” he said.

Kids spot him year-round, whether he’s dressed as Santa or not, he said.

“I have kids of all nationalities,” he said. “That’s the pure in heart. Kids don’t see color, they see the spirit of Santa Claus.” 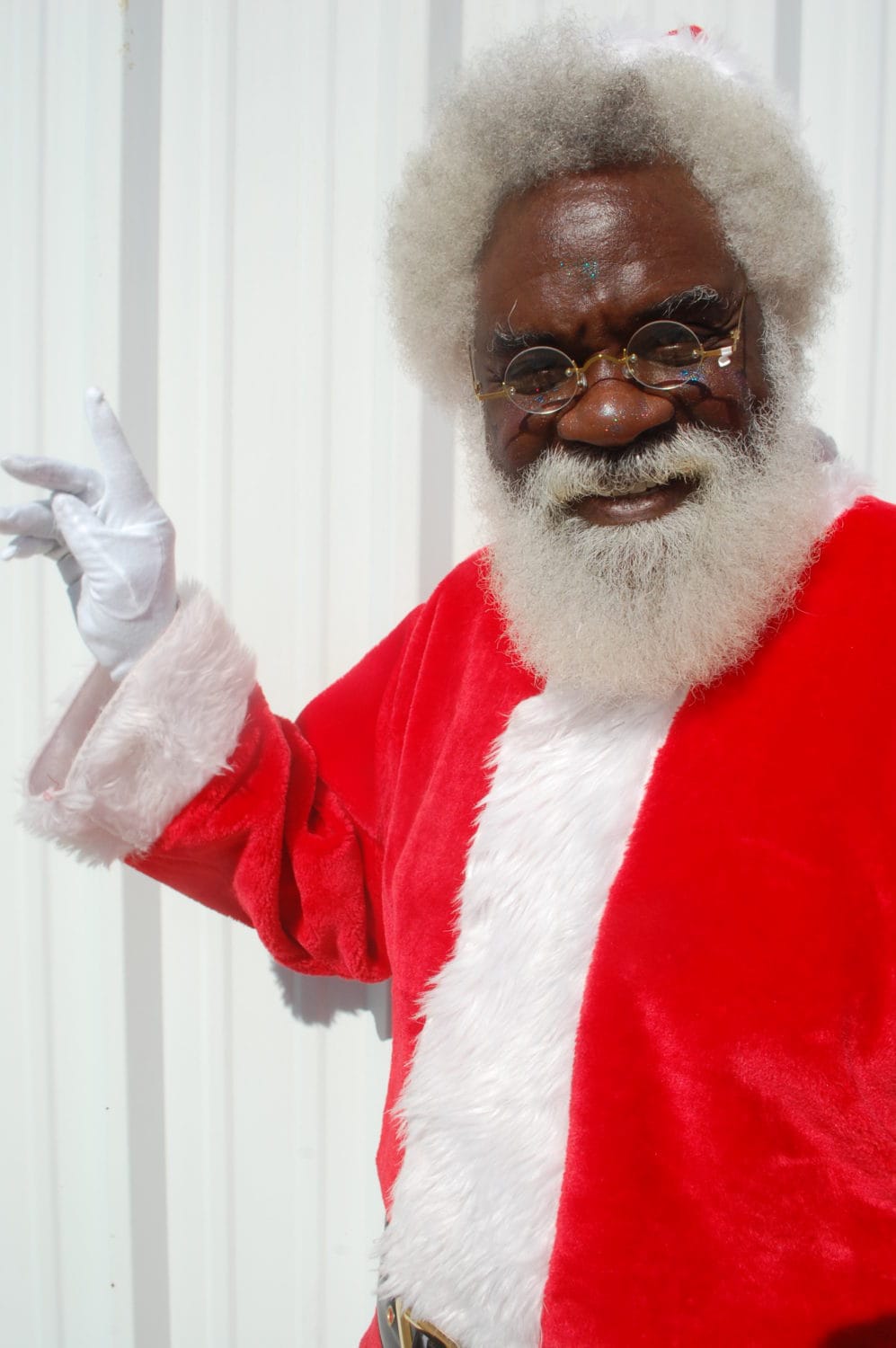