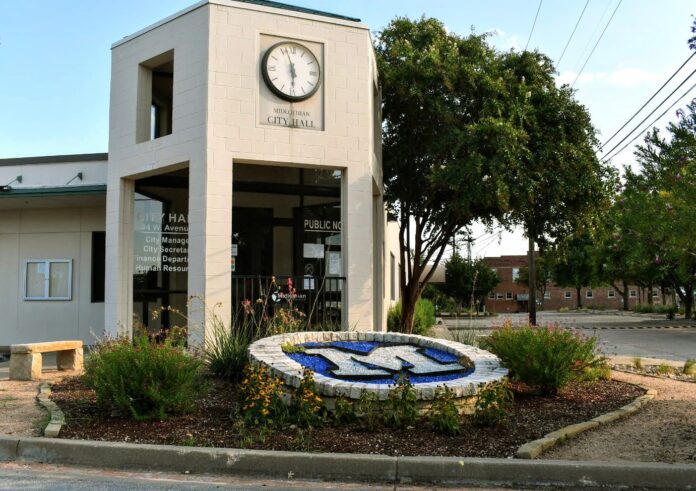 MIDLOTHIAN – The fourth time was a charm late Tuesday afternoon when the Midlothian City Council voted on the city’s 2022/2023 fiscal year ad valorem tax rate, which goes into effect October 1.

Mayor Pro Tem Justin Coffman made the fourth motion for the day calling for a rate of $0.650000, which according to the agenda was a split of $0.340590 for Maintenance and Operations and $0.309410 for Interest and Sinking Funds.

While both Place 2 Walter Darrach and Place 6 Hud Hartson voted against the roll call vote, the result overall was 5 – 2 giving council the 60% needed for passage.

In a meeting that went for over an hour including three public comments during the public hearing segment, the strongest concerns from the dissenters were from Hartson who opposed raising the tax rate therefore making taxpayers pay more money. Hartson had suggested .595914 per $100 no-new-revenue tax rate, saying that he was keeping his campaign promises, one which included “voting not to raise the taxes in Midlothian. I pushed for a no-new-revenue Tax Rate for many reasons.”

Darrach said more than once regarding his no vote “I will vote for the tax rate that is required to appropriately run the city if you can tell me how we are going to do that.”

Both Darrach and Hartson had voted no on the three previous motions in addition to the final motion that passed.

The council spent over 100 hours working on the upcoming year’s budget and tax rate.  Within the last month council voted on a maximum tax rate of .663, which could not be exceeded.

Finally, Place 1 Wayne Sibley said he would vote for the fourth motion of .65 for only one reason “to get this over with. We have beat this thing to death.”

One of the earlier of the four motions had failed to pass when not only Hartson and Darrach voted no, but also Midlothian Mayor Richard Reno. A second failed attempt was a no from Hartson, Darrach and Coffman.

At one point Reno reminded council the tax rate they were voting on was to fund the already approved budget.

Darrach replied, “Both of the supplemental funding sources for the City Hall overage said they needed better clarification as to directly what their funds would be covering, and we can’t give that to them.”

“Are We Fiscally Conservative?”

Also, regarding where needed money was to be found Place 4 Clark Wickcliffe said, “We keep talking about these COVID funds, are we overspending what is actually there?”

Darrach added at one point during discussion “No one can tell me why we are over. Are we fiscally conservative? Are we able to make and prioritize our decision and our spending habits?”

Reno maintained during the meeting “What I argue for is to maintain the same fiscal policy where we are at now and not go into reactionary.”

He said he had confidence in the approved budget and the tax rate will raise the money that is needed to do that and to “maintain the current fiscal policy that got us here. We have a double A plus rating, we have transparency recognition in the State of Texas, which only 65 cities have and there are only two cities in the county that has that, and we have strong reserve funds.”

The meeting, while not crowded, since it was held earlier than usual for a city council meeting, did see many first responders in the room in support of the council’s voting on a tax rate Tuesday afternoon.

Midlothian Police Chief Carl Smith said “Each year, one of the primary responsibilities of municipal government is to prepare a budget to provide essential services to their community.  In recent years due to changes in law in the State of Texas, planning and transparency is even more important. In Midlothian, each director is responsible for providing a strategic growth plan that includes personnel, equipment, vehicles, maintenance, allocations for training, miscellaneous expenditures. Critical infrastructure, roadways and public safety dominate most municipal budgets.”

Smith said many in attendance from his department were part of the Police Association and he added “Both the Fire Chief McCaskill and I have very important roles with respect to keep our respective departments, staffed and equipped to keep up with the incredible growth we’ve seen in Midlothian. Tonight’s approval will allow our departments to continue to keep pace with growth. The City Council recognizes the importance of keeping salaries and benefits competitive in the Dallas/Fort Worth Metro market.

Make no mistake there are agencies that would love to take our competent and courteous officers and in fact have. I also respect that our City Council values and recognizes the need to be conscientious with our taxpayer’s money. Our staff, many of whom live in Midlothian appreciate the delicate balance between competing need for prudence and keep pace with pressures of growth. We are all very proud to call Midlothian home and love serving our community.”

If Tuesday afternoon’s meeting had not yielded a 60% vote by council, there would have been a second meeting Thursday to try again. Overall, Coffman’s motion for the .65 as presented on the agenda seemed to be a rate that the council, while all did not agree on, could still live with for the upcoming fiscal year.