Based on this season’s playoff picks by the Texas Association of Basketball Coaches, teams and fans need to start clearing their calendars for late February and early March. The TABC is projecting the teams from the Focus Daily News coverage area will once again be major players in the state hoops playoffs.

In all, 28 area squads are expected to be in the postseason when it rolls around in a few months. This includes 15 boys teams and 13 girls teams.

A number of these teams are favorites to win their respective leagues. Among the boys this includes Mansfield Timberview in District 8-5A, Lancaster in 12-5A, Red Oak in 14-5A and Duncanville in 11-6A.

Among the girls, the list of district favorites entering the season includes Midlothian Heritage in 11-4A, Timberview in 8-5A, Lancaster in 12-5A, Red Oak in 14-5A and, of course, defending state champion Duncanville in 11-6A.

Last season the Duncanville Pantherettes captured the Class 6A state championship, their 11th state title in school history. They have made 26 appearances at state.

The Duncanville boys, meanwhile, were heavy favorites to successfully defend their 2019 state championship when COVID-19 forced a cancellation of the state tournament. Lancaster’s boys were also denied a chance at another title, as were the Timberview boys, as both also reached the state tournament

District 8-6A features an odd scenario among the girls. South Grand Prairie is ranked fifth in the state, while Arlington Martin is No. 7. Yet, the TABC is projecting Martin to win the district ahead of SGP.

“Competing in a new district will be a new challenge, and we expect to compete for a district title. Competing in a new region will be a new experience,” SGP coach Brion Raven said. “We play Duncanville and Desoto in our non district schedule, but for the next two years we will not have to battle them in order to get to state – but our Region is still loaded with talented teams.”

Three area teams are projected for postseason from 8-5A for boys and girls, all Mansfield schools. Joining Timberview in both playoffs would be Legacy and Summit.

Midlothian Heritage is picked second in 11-4A boys, with Waxahachie Life third. Wilmer-Hutchins is picked third in 12-4A boys and girls.

In 14-5A boys and girls, Midlothian is projected second behind Red Oak. 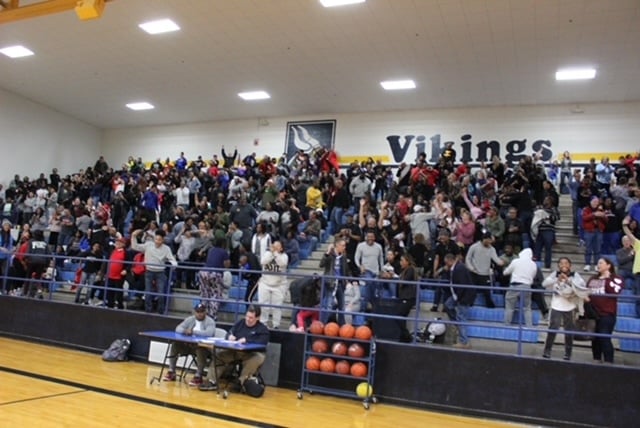