LANCASTER— Trust between a teacher and her students means a lot.

Defined as an outstanding educator by her peers, Spencer is well-known for her ability to empower her students to succeed by helping them embrace their struggles.

Having been the first teacher from Lancaster ISD to be given the award, Spencer has worked with the district for six years now and was at Dallas ISD six years prior.

Will McDowell, the Program Manager at National Math and Science Initiative who nominated her said, “She believes in her students and her students believe in her. As a Program Manager for the National Math and Science Initiative, I travel the country speaking to administrators and teachers about the importance of the teacher who is in front of our Advanced Placement classes each day.”

He also talks of what he calls the ‘Shunta Spencer Effect.’

“When I first met with her school, it was believed that the students would not come on Saturdays for AP study sessions. I asked the principal if he had the influential people to get students there, he simply stated, ‘I know we do. We have Shunta Spencer.’ Ms. Spencer then took it on her own to become the NMSI Site Coordinator for the school as well as continuing to teach her classes of AP Language.” 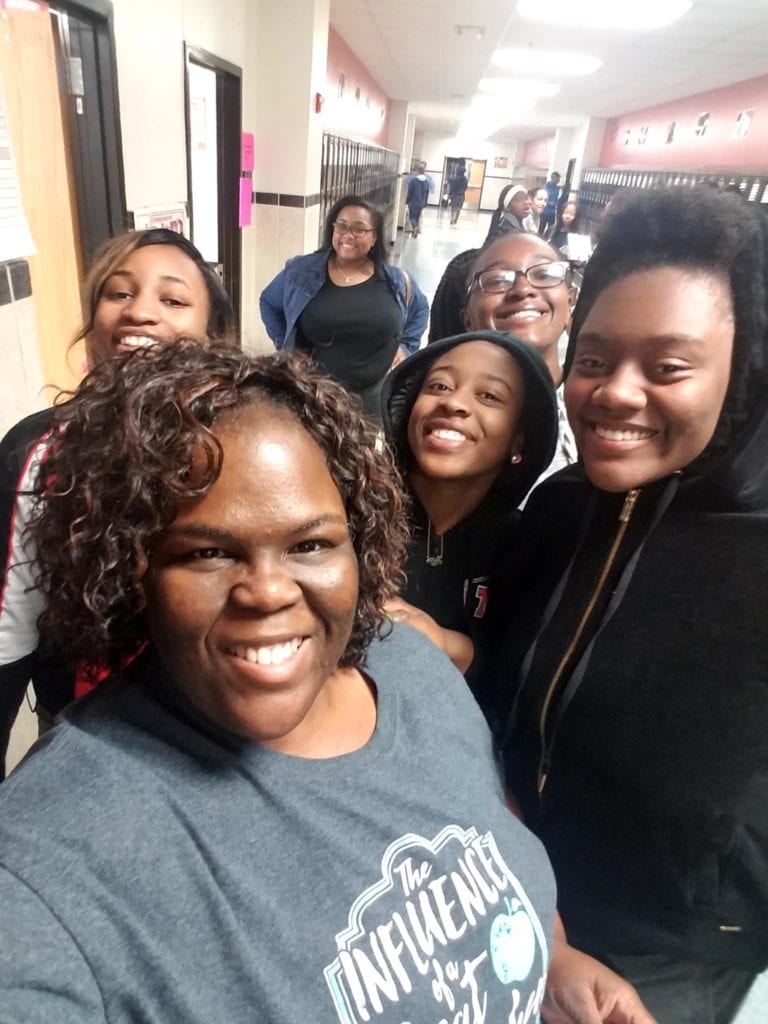 Consistently Going Beyond The Call

Spencer’s ability to empower students has been noted on many levels.

Previous Director of Advanced Academics at Lancaster ISD, Dr. Creslond Fannin said of Spencer, “As the Executive Director of Advanced Academics, I oversaw the AP and IB Department at the district level. I quickly recognized I had a bright shining star leading the charge to ensure our students were well-prepared beyond Lancaster ISD. That star is Shunta Spencer! Her overall love for learning is contagious. She brings the class to life and relates it to everyday situations. She expects her students to use their high-level critical thinking skills to be successful. With her passion, they can’t help but to want to learn more.”

In short Spencer has been instrumental in affecting a positive cultural shift at the high school by making sure students know they matter. She believes in them and in turn, they believe in themselves. This has transformed their culture by encouraging mistakes and empowering students by teaching them that their voices matter.

Earlier this year, Spencer also sat on a panel at an education conference to discuss expanding access to high quality education for African American students. It was yet another reminder of her ability to influence her students to reach for more than they thought possible.

However, there are challenges, Spencer considers the fact that one of the most imminent challenges is teaching in a time when everything is driven by data. Teachers must balance high stakes testing with low-stakes opportunities that allow for student growth.

“The demand for high scores puts stress on both teachers and students and can easily lead to broken spirits if students don’t perform as expected,” Spencer said. “So, my challenge, in a word, is belief in self. I always believe in my students, but at the end of the day, they must believe in themselves more than any test score. They must believe that the test score is just a number that determines how they performed on a specific day to a specific set of questions. They have to believe that they are more than that number because the number there is a person, and that is what matters.”

“They all contributed to my love of books and language,” she explained. “Most of my best experiences were in their classes because reading and writing aren’t just critical skills. They are a doorway to critical thinking, creativity, self-expression, and understanding how other people live. English class provided an outlet for me, and I hope that on some level my class does the same for my students.”

The national non-profit recognizes one teacher each month who goes above and beyond to expand access and achievement across gender, racial and ethnic student populations.

“I know that NMSI works with teachers throughout the nation, so to be chosen out of all those people was a surprise,” Spencer concluded. “I think that at our very core, people just want to be appreciated an know that they matter, so being chosen out of the hundreds of teachers within the program was shocking, but it was an indication that I’m on the right path, a sort of validation that advanced academics is where I belong.”