LANCASTER—In his letter nominating the Lancaster ISD Board of Trustees for the region and state’s highest honor, Superintendent Dr. Mike McFarland opened with a quote from Booker T. Washington: “Success is to be measured not so much by the position one has reached in life, as by the obstacles one has overcome while trying to succeed.”

“As the African proverb states, ‘When elephants fight, it is the grass that suffers.’ And that is exactly what was manifesting in Lancaster ISD. Even though people were working to achieve the district’s goals, the school district and student outcomes were suffering as a result of the distractions caused by multiple issues.”

Six years ago, Lancaster ISD and its school board were in a very different place than today. The district faced significant challenges as severe disagreements between the district’s governing body and leadership which led to the community and others developing a very negative perception of Lancaster ISD as a whole.
Fast-forward to today, Lancaster ISD has transformed its image.

The Lancaster ISD Board of Trustees was recently named the 2016 Outstanding School Board at the TASA/TASB Convention in Houston on September 24. Since 1971, the TASA School Board Awards program has honored outstanding Texas school boards that have demonstrated commitment to their students and to their communities.

The Lancaster ISD board was chosen from among five finalists that were interviewed by a committee of Texas school superintendents. The committee’s decision was based on several criteria, including the board’s support for educational performance and improvement projects and school transformation initiatives, commitment to a code of ethics, and placement of the welfare of children served by the school system above other motives.

In particular, the committee was impressed by the transformation the board has achieved in the district, which went from having a state conservator, low financial reserve and negative public image to a model for district turnaround. The Lancaster ISD board not only worked to improve district schools, but now its members share their experiences with other school boards at the state and national level.

“When I heard Lancaster ISD announced as the winner, I was elated,” Board Secretary Rhonda Davis-Crawford said. “I was thinking, ‘OMG! We did it.’ We were able to share our story and they were able to see and feel where we came from and where we are now. The struggle was real and we let other districts that are like us know that it can be done.”

“Lancaster ISD’s success has reinvigorated the community, leading to partnerships with business and industry leaders and bringing students back to the district for the quality of education,” Clark Ealy, superintendent of College Station ISD and acting chair of the TASA School Board Awards Committee, said.

Lancaster ISD Board Trustee Marion Hamilton said that she is most proud of the positive transformation that Lancaster ISD has made as a whole since she began serving on the Board in 2009.

“We were faced with many academic and financial obstacles that we had to address to get us where we are today,” she said. “I am confident that the best is yet to come for Lancaster ISD.”

Lancaster ISD Superintendent Dr. Mike D. McFarland, the 2015 Texas nominee for National Superintendent of the Year, nominated the board for the award.

“When you look at the criteria for Honor Board and you think about the role of the board, I felt like their service has been exemplary. I just wanted to make sure that they got the attention and recognition they deserve,” he said. “It is great to see that they are being recognized at the state level. Now the state will know what I have known for quite some time – that we have an outstanding Team of 8.”

Trustee Cynthia Corbin-Jarvis said that the state recognition for the Board is great, but that it was a team effort.

“We could not have done it without the superintendent, teachers and staff,” she said. “We all work together as one.”

“I am proud of our superintendent-his passion and goals for the district and also the administration staff and how supportive they are of the Board,” she said. “Their creativity and decision-making for transforming a district with a high number of economically disadvantage students into a 21st Century district with innovative solutions, ideas and tools is amazing. I’m proud of our teachers for taking the tools provided and utilizing them with our students to enhance their success.

But most of all, I’m proud of our children for accepting the challenge and making Lancaster ISD the most productive district in the Best Southwest.” Of the trustees, Ellen Clark is not only a resident and local business-owner, but she is also a Lancaster alumna.

“This is my hometown and I want it to be a great place to live. During my life I have seen huge changes in Lancaster,” she said. “This recognition is great…just being in top five was an honor. As a Board, we are going to keep looking and for opportunities to improve our district and public education in Texas.”

Board President Ty G. Jones said that the recognition provides acknowledgement that the board and district are doing some things well.

“I am hopeful it will allow us to develop additional partnerships to assist us in realizing our vision that all students will achieve self-sustaining success and leave a lasting legacy,” he said.

“The Team of 8 will continue to work collaboratively to sustain the processes and programs. I hope to begin sharing our story and assisting other districts to achieve their potential which will impact student achievement for all students.”

Lancaster ISD, south of Dallas, serves more than 7,000 students, 96 percent of whom are African-American and Hispanic. Eighty-six percent of students are identified as economically disadvantaged.

In addition to the Lancaster ISD board, the other four finalists, or “Honor Boards,” were recognized at the TASA/TASB Convention: Denver City ISD, Region 17; Eagle Mountain-Saginaw ISD, Region 11; Robstown ISD, Region 2; and Schertz-Cibolo-Universal City, Region 20. 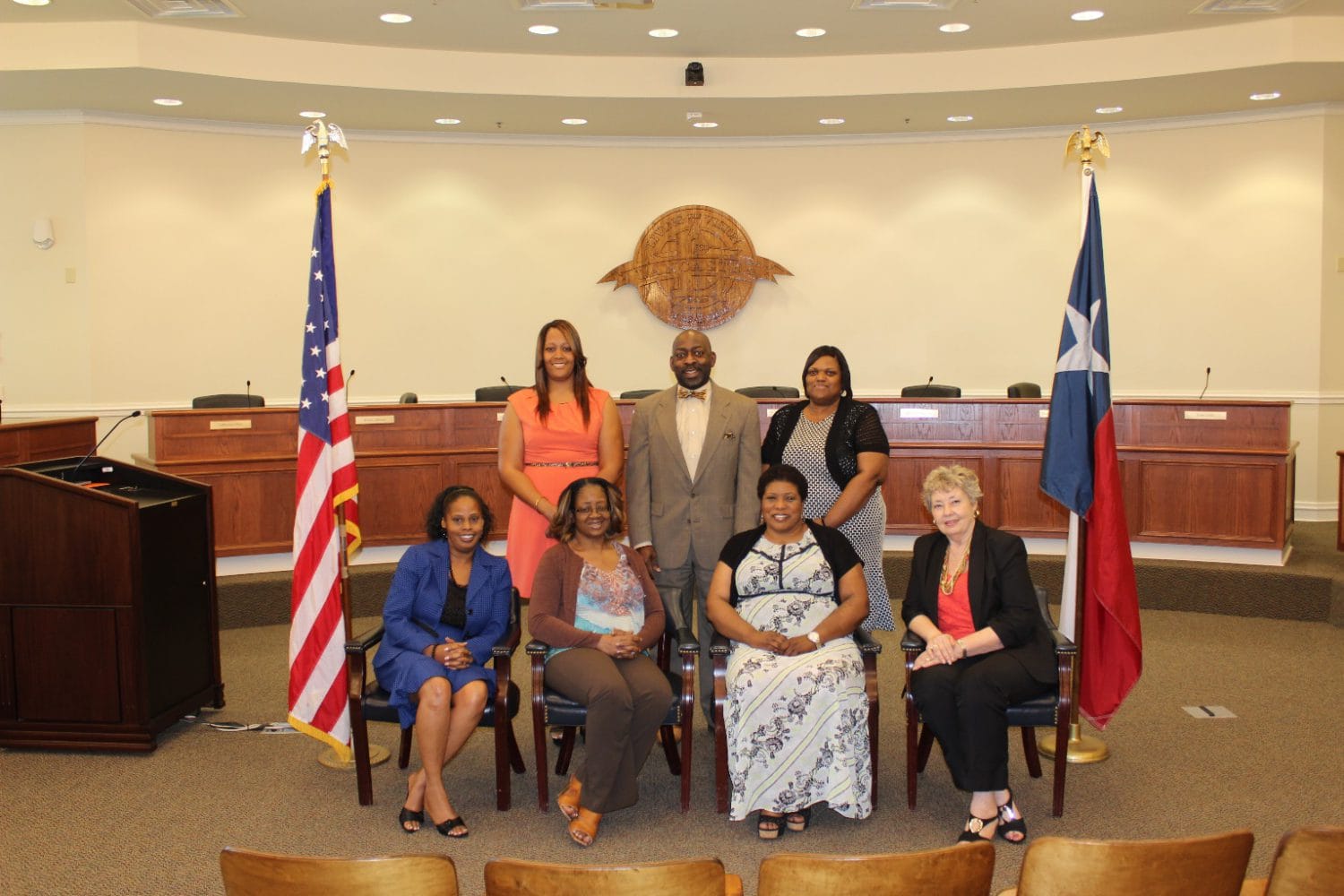