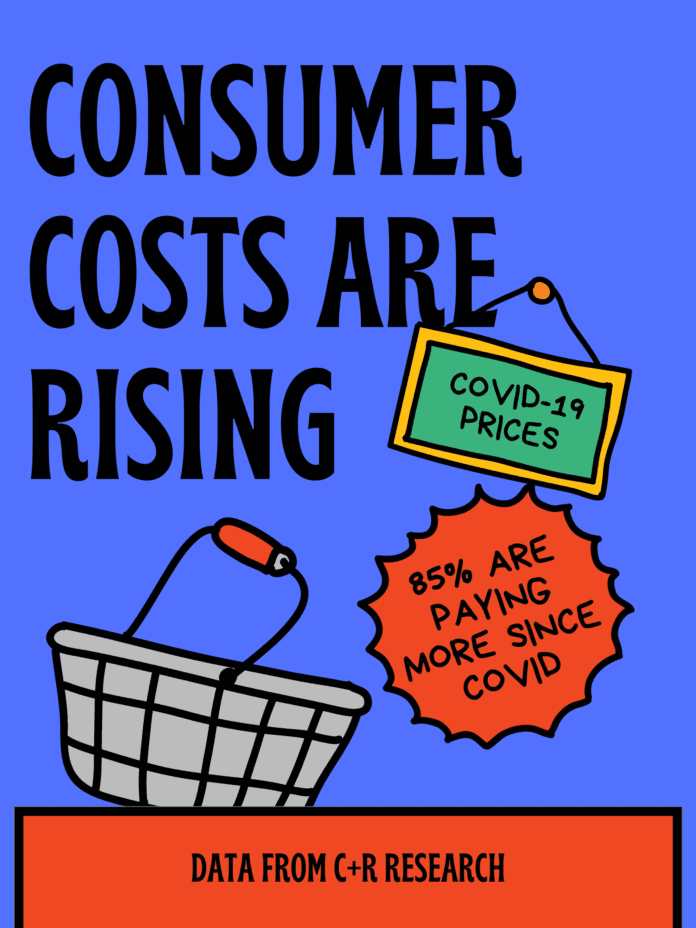 85% Survey Respondents Say They Are Paying More For Groceries

Before COVID-19, I dreaded grocery shopping and heavily relied on the convenience of running to the store at the last minute. Then we were hit with a pandemic, and a lockdown, now groceries are delivered and many items are unavailable. We watched as our grocery budget started rising, even as we saved money by eating at home.

According to consumers, about three-quarters (77%) believe grocery shopping will change permanently in some form post-pandemic.

They found shopping habits have changed with over two-thirds (69%) of consumers using alternative shopping methods like grocery delivery services or grocery pick-up since the start of the pandemic. Of course when shoppers use services like Instacart, prices are higher, and shoppers should add a tip to their total. 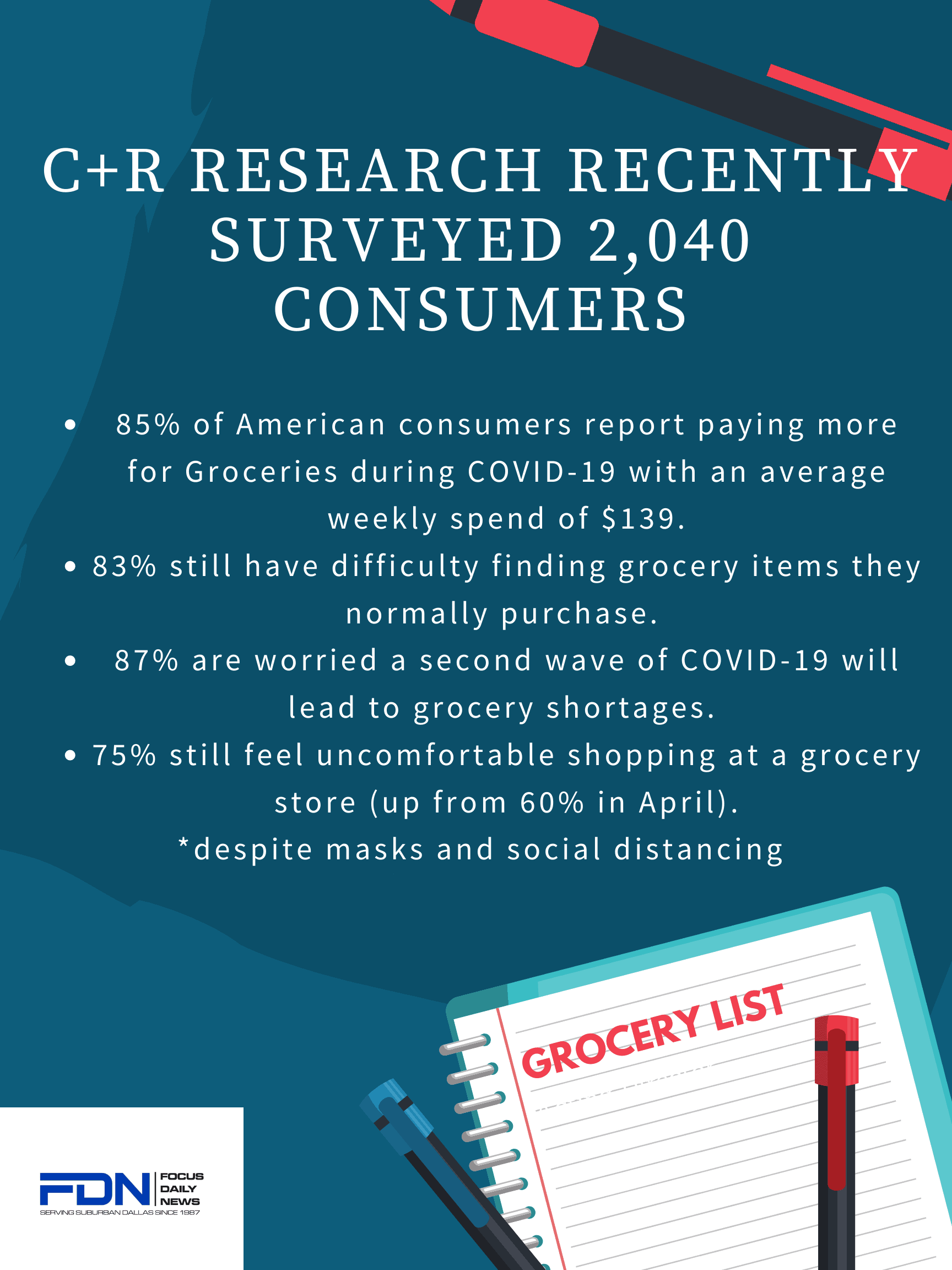 Beef and eggs are also among the top food items that have seen the greatest price increases since the pandemic. According to the Bureau of Economic Analysis (BEA), beef prices are 10.3% higher than they were in February of this year, while poultry is 6.3% higher and eggs are 5.9% higher.

Food isn’t the only thing that’s been hitting the pocketbooks of Americans; three quarters (75%) of Americans say they have been paying more for household goods. This sentiment aligns with household items such as paper supplies, appliances and cleaning products, which are all priced higher since the pandemic, according to the Bureau of Economic Analysis (BEA).

Along with higher prices, consumers say they’re still experiencing shortages for certain items. For products they normally purchase, most (83%) say they are still having difficulty finding groceries and over three-quarters (78%) are still having trouble finding household goods.

Impact of a 2nd wave on Grocery Shopping

According to consumers, most (87%) fear a 2nd wave will lead to grocery shortages and a similar proportion (86%) are concerned a second wave would bring even higher prices.

Two-thirds of consumers (67%) are preparing themselves by stocking up on essential food items, while the other one-third have only stocked enough food to last two weeks or less.

With so much uncertainty regarding COVID-19, it’s no wonder that 7-in-10 consumers say they’ve been “stress eating” since the pandemic.

Cutting Back On Grocery Budget

As consumers continue to navigate the uncertainties of COVID-19, about two-thirds (65%) say they’ve been cutting back on their food budget. On average, consumers say they’re spending $139 per week on groceries and the vast majority (88%) are concerned that grocery prices will continue to rise rather than level out or decrease. Along with cutting back on their budgets, consumers are making other changes to their shopping habits such as eating less meat, seeking discounts, eating less poultry, and avoiding organic items, which tend to be more expensive.

When will these higher prices return to pre-pandemic levels? While no one has a crystal ball, nearly a quarter of consumers are hopeful they will see some relief at the checkout counter by spring 2021, but just about the same proportion aren’t sure.

Thanks to C+R Research for providing this report. In a survey of  2,040 self-reporting Americans via Amazon’s Mechanical Turk survey platform from August 14 to August 15, 2020. Respondent breakdown: 55% were male and 45% were female with an average age of 39.