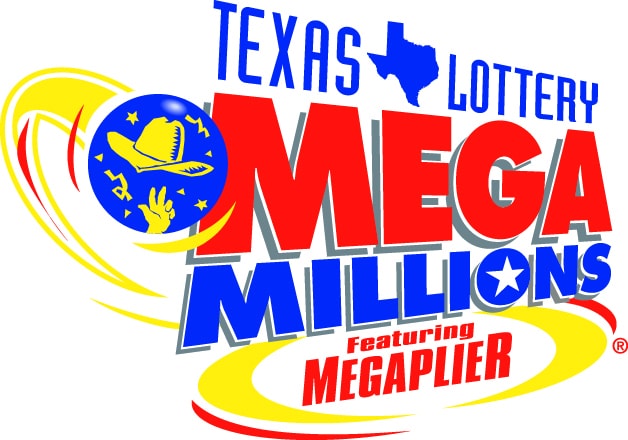 AUSTIN – After there were no winners for Tuesday night’s Mega Millions jackpot drawing, Texas Lottery® players now have a chance to play for the game’s largest prize in 18 months. The Mega Millions jackpot for the Friday, July 22 drawing stands at an estimated annuitized $660 million, the third largest jackpot prize in game history and the ninth largest in U.S. lottery history. Friday’s drawing offers a cash value worth an estimated $388.0 million. If there is no jackpot winner for tonight’s Mega Millions drawing, the jackpot prize for the Tuesday, July 26 drawing will roll to an estimated annuitized $790 million.

“The uptick in sales that we’ve seen over the last couple days for the Mega Millions game is helping the Texas Lottery accomplish its goal of generating revenue for public education in Texas,” said Gary Grief, executive director of the Texas Lottery. “This Mega Millions jackpot is giving lottery players an opportunity to daydream about what they may do if they win. While this is a fun and entertaining time for lottery players, we want to remind our players to play responsibly. It only takes one ticket to win.” 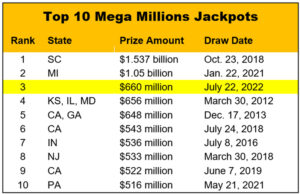 Mega Millions is played by choosing five numbers from a field of 70 and one Mega Ball number from the second field of 25 numbers. To win the Mega Millions jackpot, players must match all six numbers drawn including the Mega Ball. Players matching fewer numbers may not win the jackpot, but could still walk away winners. Mega Millions currently offers a $20 million starting jackpot and a second-tier (Match 5+0) prize of $1 million. By choosing the Megaplier® feature for $1 more per Play, players can multiply their non-jackpot winnings by two, three, four or five times, winning as much as $5 million.