Duncanville Pantherettes got a BYE in the first game of the tournament as Incarnate Word of San Antonio had players who tested positive for Covid. The Lovejoy Wildcats out of Hampton, Georgia were Duncanville’s first opponents. Both teams used the full court press as an offensive measure for the entire game, which took a toll on both teams. There were 40 total fouls in the game.

Duncanville led the first quarter 16-10 and the second 18-13. Lovejoy fought back during the third quarter 20-11. The game was terribly physical, with both teams scrappy and determined. The Duncanville Pantherettes owned the fourth quarter with 15-10 in scoring, winning 60-53. Duncanville point guard Victoria Flores scored 15 points with her superb three-point shooting, and teammate Kenidi Glover contributed 20 points.

The Lady Cats from Walker, Louisiana were the next team to fall to the mighty Pantherettes. Duncanville came out hot, scoring 34 points to the Walker 9, with strong shooting from Kaylinn Kemp and Breniya Arnold in the first quarter. The Pantherettes put double digit points on the board each of the last three quarters to defeat Walker 93-54. 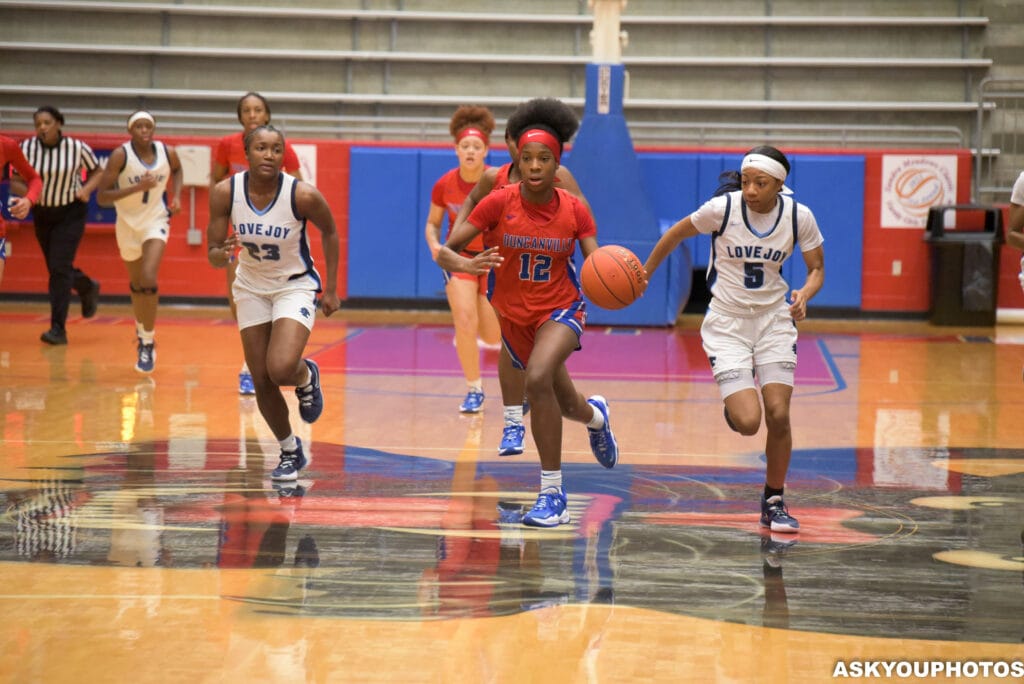 Duncanville’s third game against the Frisco Liberty Redhawks was another hard-fought game, although Duncanville would go on to win 56-53. The last quarter was nail biting! Liberty actually outscored Duncanville for two of the games’ four quarters. Kenidi Glover led Duncanville with 22 points while Tajenae Gooden put up 16 points.

Redhawks Coach Ross Reedy said at the break, “We have to hang on until the fourth quarter, then outscore them.”

Duncanville outscored Liberty by three points in the fourth quarter.

Duncanville (20-4), ranked #16 nationally by Max Preps, and Conway (14-1) ranked #10 nationally and No 1 in Arkansas, came to the championship Game of the 2021 Sandra Meadows Tournament game prepared.

Head Coach of the Conway Lady Cats Ashley Hutchcraft said before the game, “We can’t afford to get behind.” 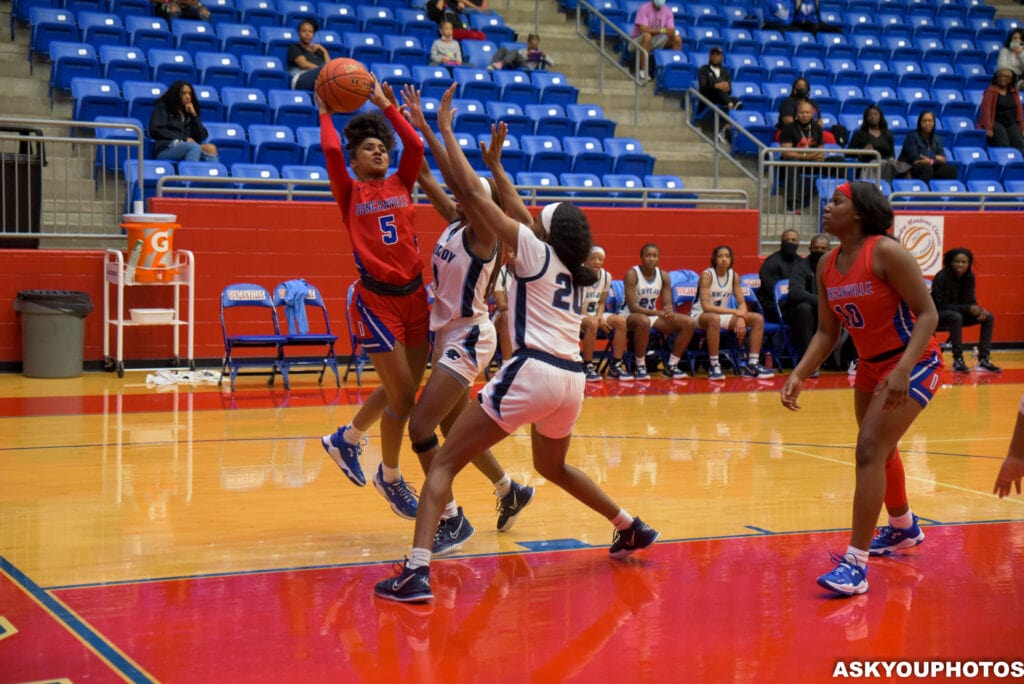 Her Lady Cats led 19-17 at the first quarter thanks to 11 points by shooting guard Chloe Clardy. Clardy would go on to score 38 points, as Tajenae Gooden put in 6 for the Pantherettes. Three consecutive 3-pointers, two by Gooden and the other by Victoria Flores, gave Duncanville a 41-39 lead at the break. Flores would go on to score 15 points all on 3-point shots, helping stretch the Pantherettes lead by 4 to start the 4th quarter. 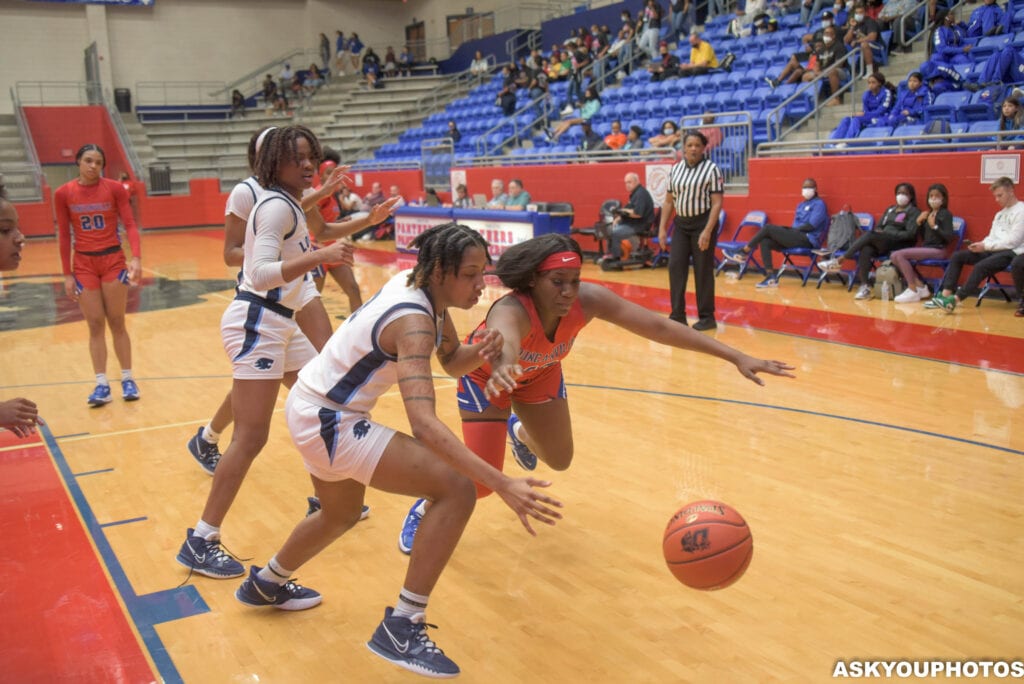 The Pantherettes never relinquished the lead in the fourth quarter, but they never led by more than four.(63-59). The fourth quarter was a barn burner, with numerous turnovers and steals. Pantherettes freshman Kenidi Glover put in 6 points while playing excellent defense. It was obvious to everyone watching, whichever team had the ball in the waning seconds of the fourth quarter would have the advantage. And it would be Conway.

Down to the Wire

With five seconds left in the game Duncanville led by one, but Conway had the ball. Three consecutive times Conway shot the ball under the bucket and missed. At last Duncanville rebounded at the buzzer and Duncanville’s point lead stood. Duncanville 73-72.

Durhl Caussey has been covering high school, college and pro sports for over twenty years.