The first 300 guests received a commemorative War Memorial challenge coin as a special souvenir of the 50th anniversary event.

Memorial Day did not become a federal holiday until 1971. Before that it was traditionally recognized on May 30 regardless of the day of the week. So 50 years ago Duncanville’s Memorial Day was recognized on a Friday. The dedication of the War Memorial and renaming of the park to Memorial Park was May 30, 1969. Congressman James Collins and Mayor Robert Armstrong delivered the principal addresses.

Ed Purcell from American Legion Post 81, with noted artist and architect William B. Lowder, developed plans for a memorial marker and eternal flame layout in Duncanville. They also headed up fundraising efforts. Starlight Park was redesigned, freshly landscaped, and renamed Memorial Park to serve as focal point for the dedication ceremonies. Families of the fallen soldiers engraved on the memorial were present at the dedication. The memorial was unveiled by Midshipman Charles B. Young and Cadet Ronald Munden.

The Duncanville War Memorial is a polished granite monument approximately sixteen feet high featuring a brass bald eagle with a two-foot wingspan atop. Twenty-two names were originally inscribed on the monument representing Duncanville’s fallen soldiers from four wars. The eternal flame was also lit on Memorial Day in 1969 and continues to burn bright today.

In honor of the 50th anniversary of the War Memorial, US Army Retired Col. Ronald Munden was invited back to be keynote speaker. Munden grew up in Duncanville, graduating from DHS in 1966 as the sixth generation member of his family to attend Duncanville schools. As an Army Cadet, he participated in the original unveiling of the memorial 50 years ago.

Col. Munden graduated from the US Military Academy at West Point in 1971, commissioned as a 2nd Lt., Field Artillery. His military service stretched from Vietnam through various conflicts, the Cold War, and Desert Shield/Desert Storm. Col. Munden concluded his military career as Chief of Staff/Deputy Commander of III Corps Artillery. His awards include the Legion of Merit, six awards of the Meritorious Service Medal, the German Combat Training Badge and the US Order of Saint Barbara. He is an inductee in the UT Arlington Hall of Honor.

Matt Graska, American Legion Post 81, explained the significance of the POW/MIA table that had been prepared near the monument. Then Rick Williams Sr., Commander, VFW Post 7843, conducted the emotional roll call salute. Reading the names of those fallen Duncanville servicemen whose names were inscribed on the War Memorial, he paused until a relative or other veteran replied “Accounted For.”

By the time Duncanville High School student Armando “Nick” Dominguez played a poignant rendition of TAPS on his saxophone, most of us in the audience were wiping away tears. Both the American Legion Post 81 and VFW Post 7843 invited everyone to join them at their posts for lunch following the Memorial Day service. 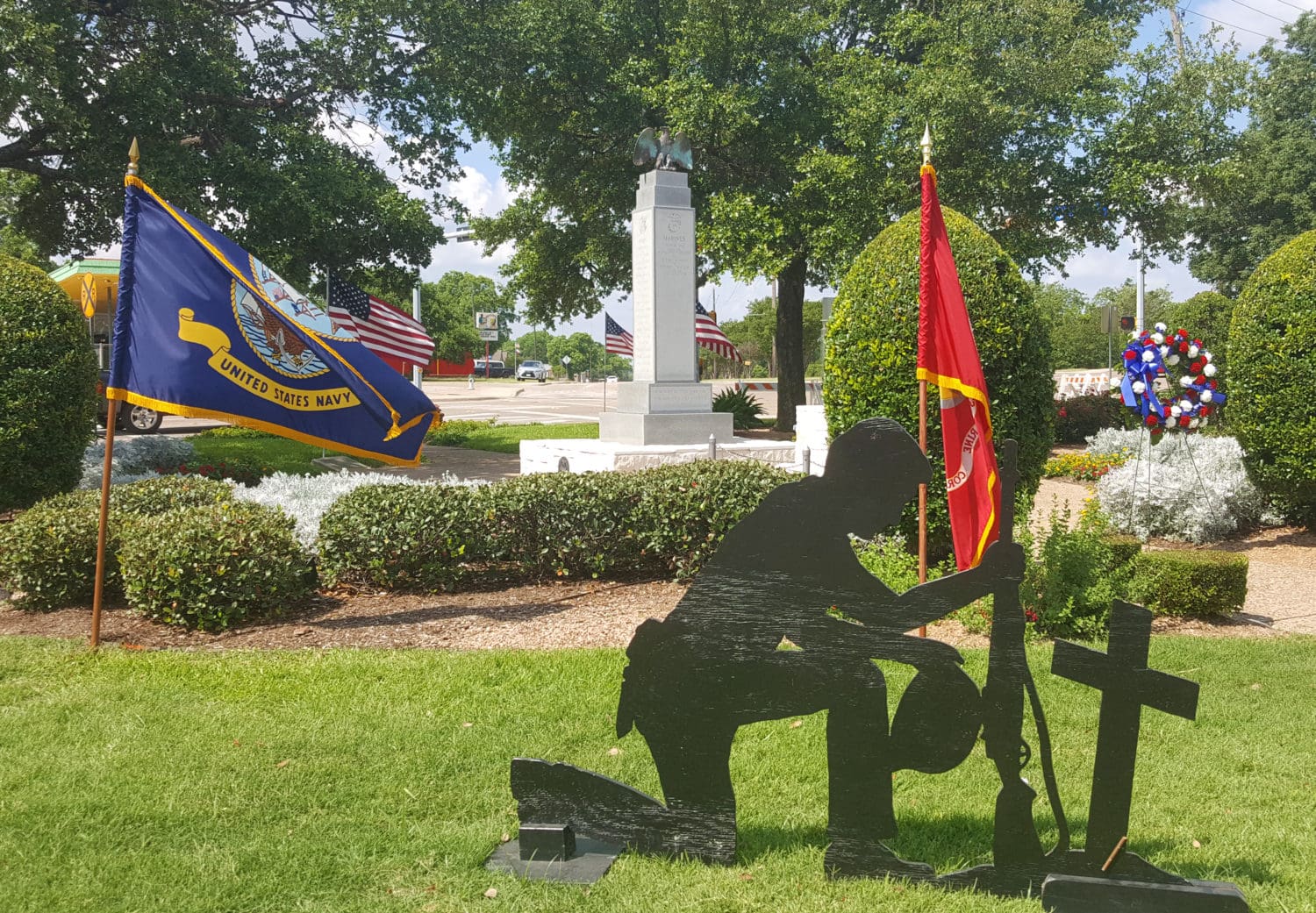