Retired U. S. Army Major Alan Taylor spoke about the importance of always pausing on Memorial Day to remember those who were lost defending this country. Newly elected Duncanville Mayor Barry Gordon also spoke. The roll call of the missing, honoring those servicemen from Duncanville who have been lost while on active duty in the military, was followed by a Duncanville High School band student playing TAPS. Another Duncanville High School student sang the Star Spangled Banner.

One of the most poignant moments during Duncanville’s Memorial Day program May 28 was a special display of a table with an empty chair, set for a POW/MIA veteran. One of the servicemen explained the meaning of the various items on the table. A red rose with red ribbon symbolized spilled blood, while a lemon represented the bitterness caused by not knowing the fate of the missing servicemen. This display reminded the overflow audience that our lost servicemen included those still held as prisoners of war as well as those killed in action.

Several other emotional moments occurred during the roll call of the missing. Three descendants from the family of Lt. S. Gus Alexander, Jr. accepted a bouquet from the VFW Post Commander. Lt. Alexander, scion of a pioneer Duncanville family, was killed in action in Vietnam in 1969.

Following the memorial, everyone in the audience was invited by the American Legion Post, 418 E. Red Bird Lane in Duncanville, and the VFW Post, 702 E. Highway 65 in Duncanville, to join them for lunch at their posts. 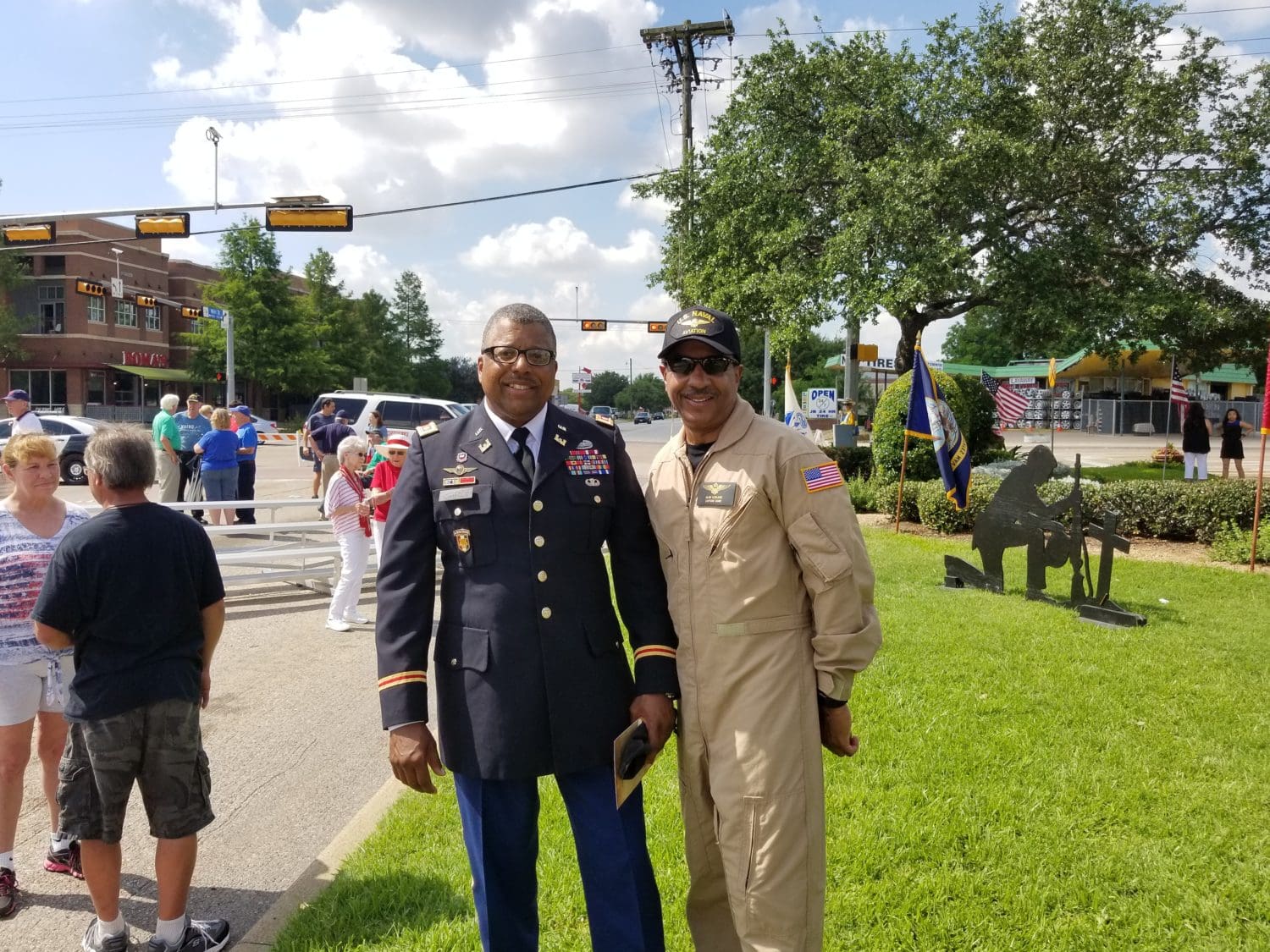