Blockbuster hit Broadway musical, “Disney’s Aladdin,” will be onstage at the Music Hall at Fair Park June 6-23. The national touring production is presented by Dallas Summer Musicals and Broadway Across America.

Two North Texas natives have leading roles in “Aladdin.” Clinton Greenspan plays the title role of Aladdin, while Major Attaway is the Genie. This family favorite classic is adapted from the Academy Award® winning animated Disney film. A critical and box office smash, it was the highest-grossing film of 1992.

“Aladdin” opened on Broadway at the New Amsterdam Theatre March 20, 2014. The musical quickly established itself as one of the biggest new blockbusters in recent years. Breaking 14 New Amsterdam Theatre house records; the touring company has been seen by over 10 million people, grossing over one billion dollars.

Originally adapted from centuries-old folktales, “Aladdin” is a family-friendly version of the hero’s journey into an exotic world of adventure, comedy, and romance. This new production features a full score, including five songs from the Academy Award-winning soundtrack and more written especially for the stage.

At the Music Hall, “Aladdin” plays Tuesdays through Fridays at 7:30 p.m. and Saturdays and Sundays at 1:30 p.m. and 7:30 p.m. There will also be a 1:30 p.m. matinee June 13. VIP ticket packages that include prime seat locations, a commemorative souvenir program and an exclusive merchandise item, are available.

Groups of 10 or more get concierge service and may receive a special discount on their tickets. To book a group, please call (214) 426-4768 or email [email protected] 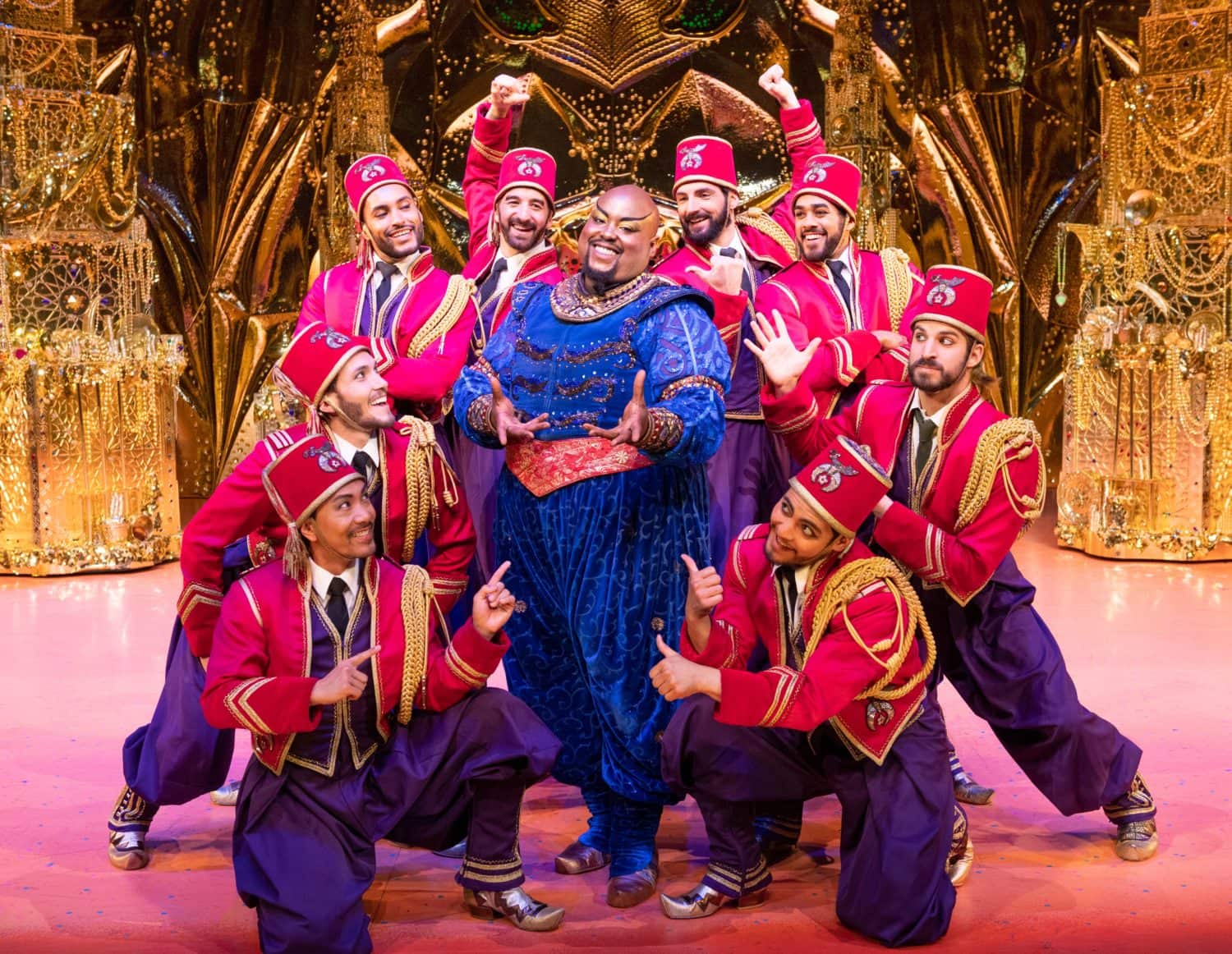