The benefit will feature a host of Buddy Texas Tornado performers including Jimmy Wallace and The Stratoblasters, along with a silent auction and a photography exhibit. The photo exhibit and sale will offer a look at covers and event coverage from Ron McKeown, Chuck Flores, James Bland, Michael Insuaste, and others. For more information on contributing to the silent auction, please email [email protected] or call (972) 240-2206.

Buddy, the Original Texas Music Magazine was started on a shoestring, just $2000 in capital, and the undaunted vision of founder/publisher Stoney Burns. It was the first regional music magazine in America. Burns was already a counterculture hero from his days with Notes and the Iconoclast, hell-raising publications from the days when “alternative” was spelled “underground.”

Rob Edelson was the first editor and chief ad salesman the rest were “staph.” Since then the contributors have included some of the best writers and photographers in the state. True to the spirit of the times, Buddy played it fast and loose. The debut cover story on Seals and Crofts was two years old, but helped nail down a big ad from a concert promoter who just happened to have a Seals and Crofts show coming up.

A few days after the first issue was printed, Edleson and photographers Jesus Carrillo and Ron McKeown headed to Dripping Springs for the first Willie Nelson Fourth of July Picnic. It was apparent that this mix of hippies and rednecks listening to country music might work. Buddy landed on the ground floor of the ’70s “Cosmic Cowboy/Redneck Rock/Progressive Country” movement in Texas music, and that genre’s buzz would give the mag a lot of horsepower. Stoney Burns’ idea of publishing a free regional music magazine must have been a good one, because copycats sprang up all over the U.S. That kind of confidence had allowed Buddy to become the ultimate insider music mag of the ’70-’80s.

Burns also established the selection of Buddy Texas Tornados in 1978. It began with Rocky Athas, Jimmie Vaughan, Bugs Henderson, Eric Johnson, Billy Gibbons, and John Nitzinger in 1978, with Stevie Ray Vaughan and Rocky Hill being added the next year. Today, there are more than 500 Buddy Texas Tornados performing, teaching and recording on guitar, bass and miscellaneous stringed instruments, as well as keyboards, drums, horns and harmonica.

“It was a different time back then,” recalled former editor-photographer-ad salesman Kirby Warnock. “Promoters wanted you backstage. You could just show up and it’d be like, ‘What can we do for you?’”

Peter Frampton’s manager once demanded Ron McKeown’s film when he found the photographer and Buddy writer Ben Ferguson talking to Frampton while he changed into street clothes. After a brief argument McKeown saw Freddie King coming toward them. He popped open the back of one of his Nikons and handed the worried manager an unexposed roll of film, just in time to catch King introducing himself to Frampton. What made it great for Buddy writers and photographers was the access. Full access, any time. It was assumed that a Buddy staffer should be there.

At its peak, Buddy had editions in Dallas, Houston, and Austin/San Antonio and a staff of almost two dozen. But trends in entertainment had already begun to toll the bell for the freewheeling ’70s. As the cosmic cowboy thing waned, as boobs in big hats became as anachronistic as banjo players in blackface and bowler hats, the mag also lost steam, seemingly unable to attract young ’un writers who could bring the scene to readers in a way that could attract ads.

The one area where Buddy continued to be immediately relevant was in the coverage of the local blues scene. Buddy staffers helped resurrect the career of Zuzu Bollin, turned mainstream music fans on to local standards like Roger Boykin and R.L. Griffin, and at last (through the attention of local blues expert and Buddy staffer, Tim Schuller) provided piano player Boston Smith with an epitaph commensurate with his achievements.

The 1990s & expanded coverage of music

Much had changed in the Texas music industry by the time Stoney Burns turned Buddy over to current publisher/editor McKeown in the early ’90s. With the explosion of personal computers, it seemed every kid with a Mac could publish their own music magazine…and did. The Dallas Observer claimed music coverage as one of its selling points. To counter this, The Dallas Morning News began stepping up its coverage of music.

During the formative years of the Deep Ellum renaissance, Buddy had its offices there and was one of the earliest champions of the New Bohemians (later known as Edie Brickell & New Bohemians). “How hip is that?” Burns quipped. “Buddy moved out of Deep Ellum before the Observer even moved in.”

When their offices were on Lower Greenville in the ’90s, McKeown photographed the Dixie Chicks for their first cover on any publication.

Stoney Burns and Rob Edleson planted the Buddy flag in July of 1973, just hoping to have enough money left over to buy beer for the next concert. Today, Ron McKeown publishes the 45-year old Buddy from his home in Sulphur Springs (on a shoestring, of course).

As Robert Earl Keen wrote, “The road goes on forever.” And the party never ends.

Dallas International Guitar Festival (DIGF) celebrates its 42nd anniversary May 3-5, 2019 at Dallas Market Hall. Visitors can buy, sell, trade, or just browse among the thousands upon thousands of new and vintage guitars, basses, amps, banjos, mandolins, straps and strings, effects pedals, keyboards, music memorabilia and more. The festival features more than 800 booths and exhibits, where you can rub elbows with guitar legends and up-and-coming artists and get tips from the very best musicians at instructional clinics throughout the show.

Attendees can listen to the best local and regional bands at the festival’s multiple stages with performances by more than 60 local, regional and national artists. Performers also include the best in new young talent on the Young Gun stage and at the Texas 10 under 20 showcase. For more information, visit guitarshow.com.

Special thanks to “Buddy” publisher Ron McKeown for his contributions and historic photos for this article. 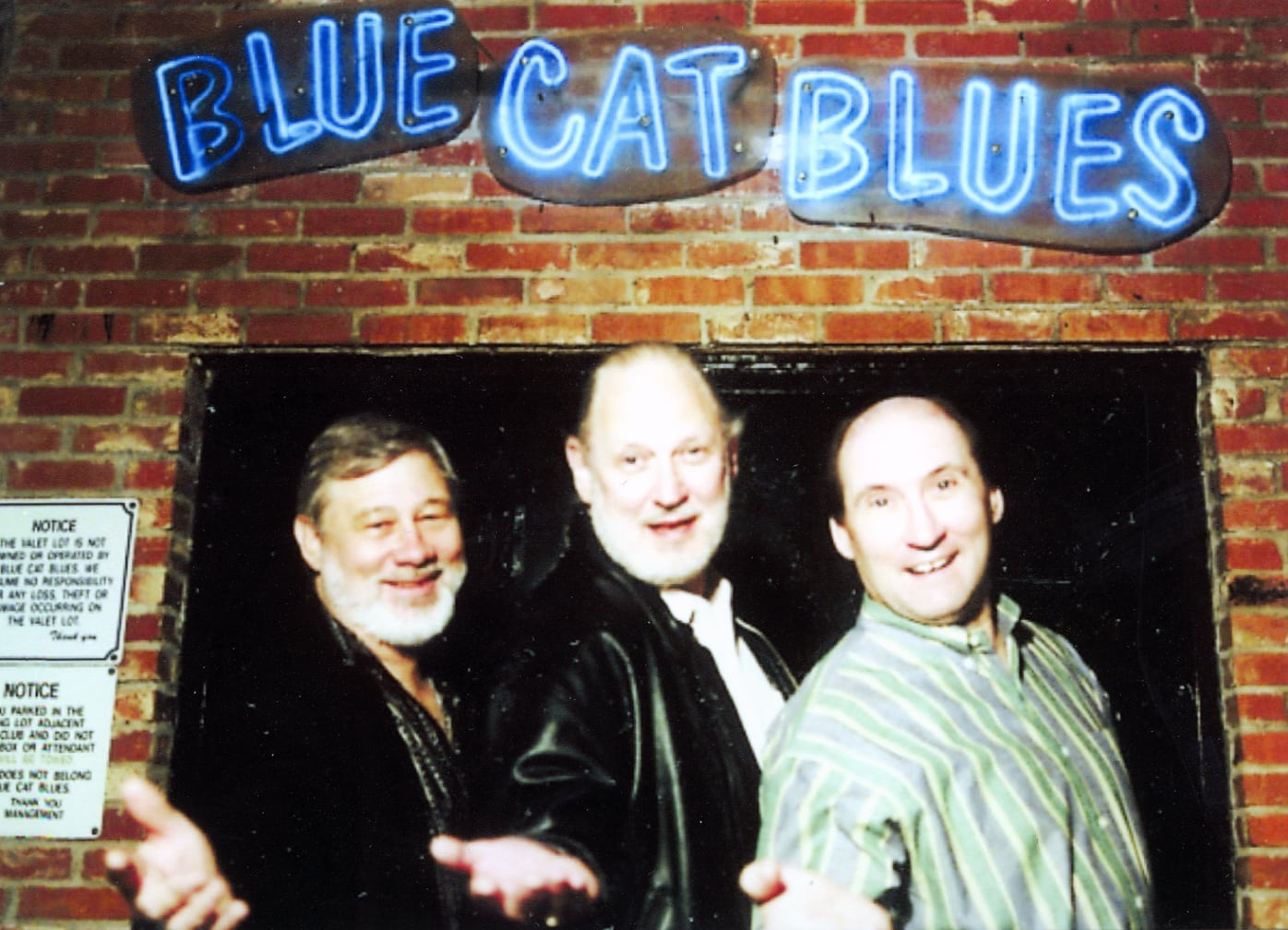