Dallas, Texas- The hazy IPA carze is alive and well in Dallas. Deep Ellum Brewing Company announces the release of Manic Confidence, a “hazy enough” IPA. Craft beer drinkers can find Manic Confidence on draft across Texas starting now. The hazy IPA will be in available in 6-packs of 12 oz. cans by March 1.

Manic Confidence is a hot tropical island vacation dissected and reconstructed in the form of a refreshingly juicy craft brew. The sunny, sweet bitterness of Galaxy, Enigma, Comet, Strata, Citra and Idaho 7 hops flood the taste receptors. The result is a salivating joy that leaves you craving more.

Some may say that Deep Ellum is late to the hazy trend, but they consider themselves to be right on time, delivering a beer with a maniacal amount of hop flavor and complexity from six premium hops. At 6.5% ABV and 25 IBUs, it places a frenzy of flavor at the forefront, and it’s hazy enough to satisfy your craze for haze.

Deep Ellum’s Innovation Brewer, Brian Morris, said, “When building Manic Confidence we knew we had to go into it with two things in mind – embodying the mentality that has gotten us to where we’re at as a brewery, and using waaaaay more hops in a beer than we ever have. You can even see our manic nature as a brewery in the hops that we featured in this beer. Manic Confidence has an incredible tropical fruit profile of aromas and flavors including pineapple, mango, starburst candy and white gummy bear.”

About that mentality, Deep Ellum Marketing Manager Maegan Eason explained where the beer’s name originated: “In a brewery meeting, someone referred to the Deep Ellum brand as ‘cocky,’ and our Founder, John Reardon, said, ‘we’re not cocky. We’re manic confident.’”

Try Manic Confidence at the original Deep Ellum Dallas Taproom or the Funkytown Fermatorium in Fort Worth starting now, or find it on draft at a watering hole near you. Look for it in 6-packs of colorful cans starting March 1.

“DTX is a refreshing take on a golden ale,” said Deep Ellum’s Innovation Brewer, Brian Morris. “Simplicity, balance and approachability were the driving factors for designing this beer. DTX hosts a beautiful interplay of pilsner malt and delicate hop character.”

DTX is foil to the brewery’s well-known Dallas Blonde, which pokes fun at the city’s stereotypes – a joke rooted in affinity for the place. Deep Ellum believes that there is nothing better than a hometown brew: it’s the happy hour go-to, the one that makes you proud of where you live, the one that you consider getting inked at least twice, it’s at every house party and all of your out-of-town friends crave it. Thus, DTX Golden Ale is a taste of Dallas – a celebration of the city’s arts scene, music, colors and flavors, because it’s a great place to visit and an even better place to be from.

DTX Golden Ale will replace Deep Ellum Lager in the brewery’s year-round lineup. Try DTX Golden Ale at the original Deep Ellum Dallas Taproom or the Funkytown Fermatorium in Fort Worth now, or find it at a watering hole near you. Look for it in 6-packs of black-and-gold cans in Texas retailers soon. 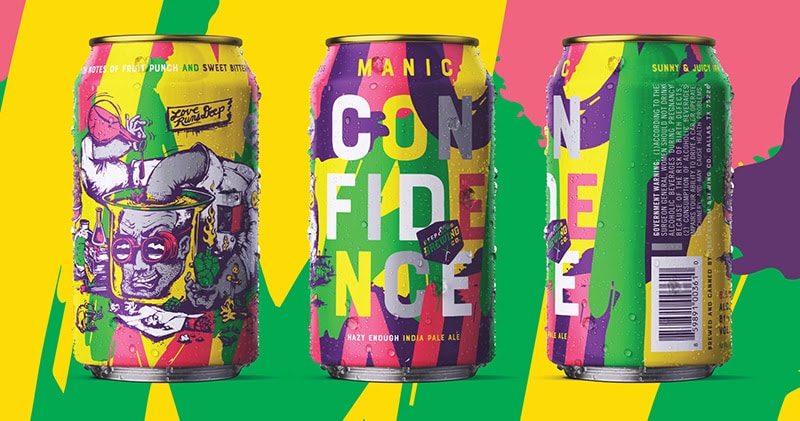