“Our Junior Historian program has enabled our teen volunteers to help preserve our history with a specific focus on the history of the buildings at Dallas Heritage Village,” said Melissa Prycer, president and executive director, Dallas Heritage Village. “We thought it would be fun for this year’s project to have them turn their gaze to preservation efforts in their own neighborhoods, allowing them to see that preservation is close to home. We hope they have learned that it is essential, not only in big cities, but also in the small communities surrounding them, to keep the past alive so that all may learn from it.”

Lydia Radke, 15, lives in Duncanville and selected the Music Room, built circa 1890 to serve as a music classroom. It was a separate building from the schoolhouse, allowing students to practice the piano without disturbing the children studying in the school. One of Duncanville’s only preserved historical buildings, the Music Room symbolizes the importance of education, history, and preservation.

“The Music Room is located at a park that I go to every week, and when I was little I loved to visit it,” said Lydia Radke. “It is boarded up, and I always wanted to go inside. Researching the building’s history and working on this exhibit was my way of ‘going inside.’”

Radke utilized newspaper articles found on the Internet as well as a book titled The History of Duncanville, Texas, published in 1976. Additionally she spoke with the City Parks Superintendent about current and future preservation efforts.

“I enjoyed seeing all the old photos of my city that I found through my research,” added Radke. “Duncanville has come a long way. It is amazing to think that the school music program started out with a small music room, and now there is a huge Duncanville High School Marching Band that has won many awards. It was also interesting to learn about how much work needs to be put into preserving a building.”

Kabilan Murugan, 14, of Lewisville, selected Nash Farm in Grapevine for his project. In 1859, Thomas Jefferson Nash and his wife, Elizabeth Mouser Nash, bought 450 acres of land in what is now Grapevine, and set up a farm. In 1869, they began building the main farmhouse, which still stands today, as does the barn which was first built in 1907.

Mr. Nash died in 1906, but the house remained in the Nash family until the 1920s, when John William Nash sold it. In the 1940s, Edwin Pierce Williamson bought the homeplace portion of the farm and modernized it. In 2000, the Grapevine Heritage Foundation bought the 5.2 acre farmstead, including the main house, barn, and cemetery, and restored it to its previous state. It is still run as a farm to teach others about agricultural heritage.

“I enjoyed learning all about Nash Farm and was excited to see how this entire exhibit came together,” said Kabilan Murugan. “It was fun exploring a project outside of Dallas Heritage Village, and it showed me the importance of history and preserving our past. It’s interesting to learn the stories of buildings and places that surround us.”

Sarah Rutherford, a resident of Dallas, selected Frankford Church for her focus.

“While working on the Junior Historian Project at Renner Schoolhouse several years ago, I ended up going to Frankford Cemetery for research,” said Rutherford. “The nearby Frankford Church intrigued me, and I was glad to have a chance to learn more about it.”

Frankford Church was built on a site that was part of the Shawnee Trail, a Native American path. Its use dates back to the 1400s. The location initially attracted migrating settlers due to the nearby freshwater springs, but it was not until 1852 that Captain W. C. McKamy founded the town of Frankford at the location.

In 1892, as the settlement grew, he commissioned the Frankford Church building to be constructed by Philip Bethea Hamer in the Prairie Gothic Style to replace an earlier building that was destroyed. More than 100 years after its completion, Frankford Church is a visible reminder of the heritage left by early Texans and their commitment to their community.

“I learned a lot about the stories that historic buildings can tell. One of my favorite stories is about how Lionel Simpson used to put his feet up on the railing when he was at church meetings, and there are marks there today that are said to have been made by his boot spurs,” added Rutherford. “Little stories like that really made Frankford Church come alive.” 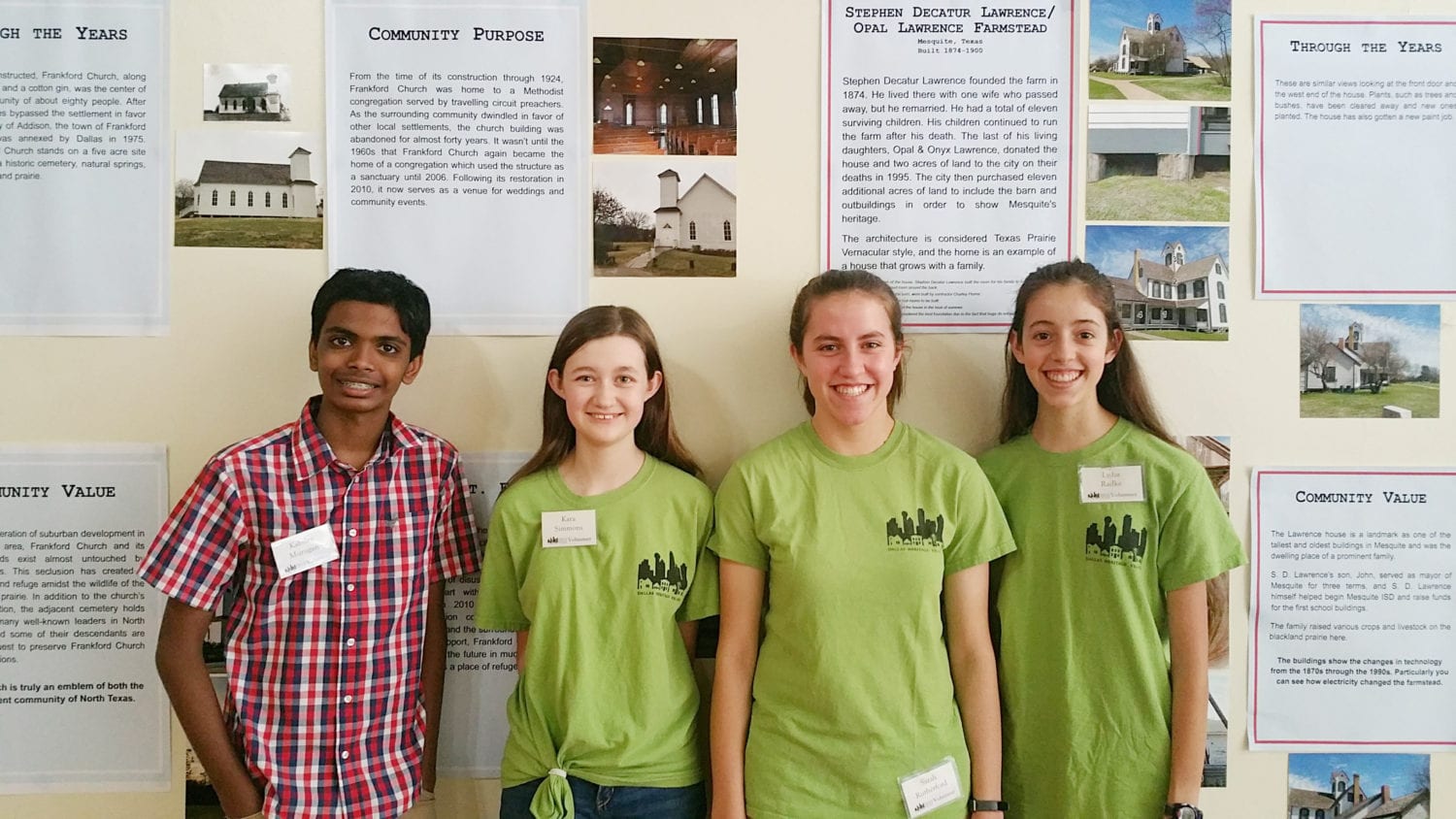