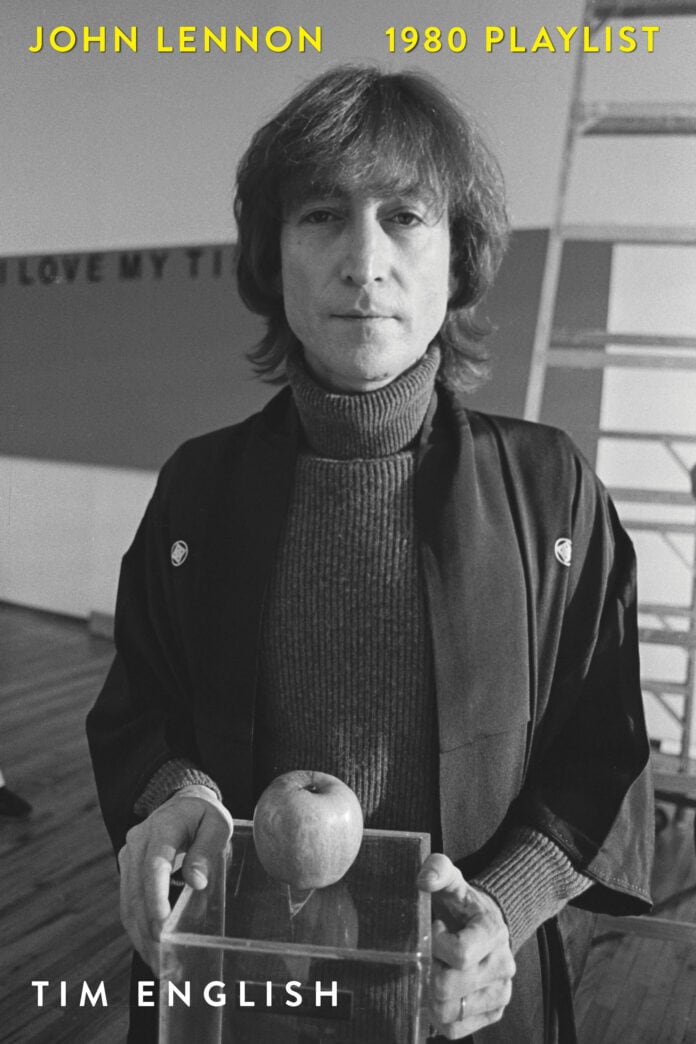 “John Lennon: 1980 Playlist,” an insightful new book about one of our most beloved musical icons, is written by music historian Tim English. The author of such titles as “Sounds Like Teen Spirit” and “Popology,” English gives us a unique look at 1980. It was the year of Lennon’s creative rebirth, after not recording or releasing anything for some years. This book shows how the music John listened to that last year influenced some important decisions, and how it resonated with his own work.

It’s hard to believe John Lennon’s tragic death was 40 years ago, on Dec. 8, 1980. This book delves into why John stopped recording in the mid-1970s, and why 1980 was his most productive year since the early 1970s. Lennon’s new music was inspired by diverse artists, including his former Beatles mate Paul McCartney. Other artists were the Doobie Brothers; Bing Crosby; Bob Dylan, and Queen.

John and his wife, Yoko Ono, released their fifth album, “Double Fantasy,” on Geffen Records in November. Lennon’s single, “Just Like Starting Over,” was released earlier in October. Their new album initially met with faint enthusiasm and lackluster reviews. After Lennon’s murder a few weeks later, it rose rapidly on the charts. It was named Album of the Year in the 1981 Grammy Awards.

“John Lennon: 1980 Playlist,” is the perfect book for music lovers on your list, especially Beatles fans—(and aren’t we all?). The book is available in paperback format from Amazon.com for $18.99.

“Wrapped Up in Christmas Joy”

This book, written by bestselling author Janice Lynn, lives up to its title. It’s a joyful novel that will make a great gift for friends who love romantic stories–especially those with happy endings. Reading “Wrapped Up in Christmas Joy” left me with the same happy feeling as watching a Hallmark Christmas show. That makes sense, since the book is published by Hallmark Publishing! 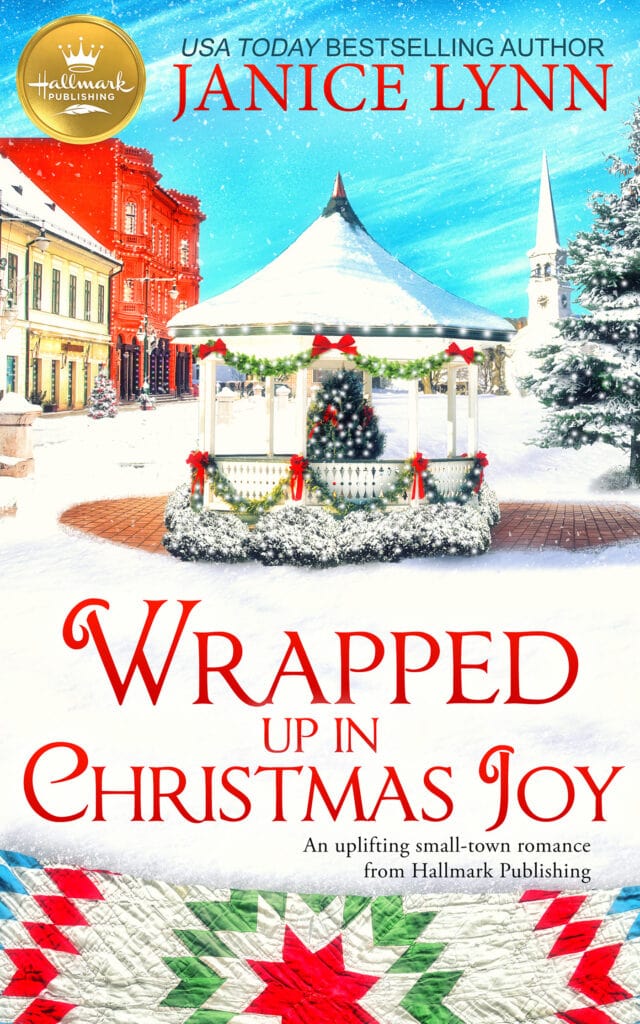 Sophie Davis is a small town quilt shop owner who’s active in her Pine Hill community as a business owner and a volunteer. When a journal belonging to former Marine Cole Aaron turns up in a box donated to her church, Sophie is moved by his entries. The daughter of a veteran, and a seamstress who sews Quilts of Valor for veterans, she feels an instant connection to Cole. He’s now working as a Pine Hill firefighter, and their paths cross several times during the town’s Christmas festivities. Cole struggles to find peace after returning to civilian life, and used his journal as a way to understand his past. But when Sophie tries to give back his journal, Cole tells her to trash it. He’s not interested in her concern or pity, afraid to trust in a more hopeful future. Thankfully Sophie doesn’t let his fears drive her away in this satisfyingly sweet romance.

“Wrapped Up in Christmas Joy” is a sequel to “Wrapped Up in Christmas,” but can easily stand alone. I missed the first book, which was a best seller on numerous bookseller’s lists, but will go back and read it soon. The new paperback is priced at $15.99, and available at BarnesandNoble.com, Amazon.com, and Walmart.com. Janice Lynn is a USA Today and Wall Street Journal Bestselling author. She lives in Tennessee with “her Prince Charming, their seven kids, her vivid imagination, an adorable Maltese named Halo who’s the true princess of the house, and a bunch of unnamed dust bunnies who took up permanent residence after Janice started her writing career.” Visit janicelynn.com for more information.

Thomas Conway’s book is a lively young adult adventure story, and a winner of the Next Generation Indie Book Awards. It also received Honorable Mention from Reader’s Favorite and Distinguished Favorite from the NYC Big Book Awards.The novel takes readers on a global adventure to save Christmas, and is based on a story the author invented for his own two children. The story starts with Santa Claus being a no-show for the Macy’s Thanksgiving Day Parade. His worried elves turn to the children who are on the Naughty List to help with Santa’s rescue and save Christmas for children all over the world. 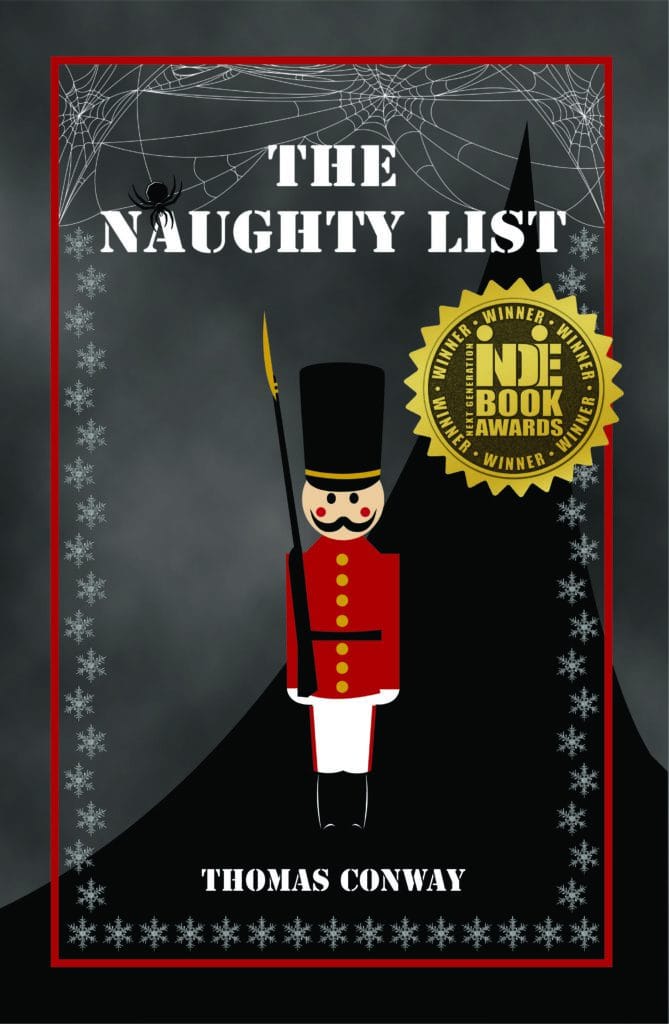 The children’s teamwork and innovative strategies for finding Santa and restoring Christmas proves these children are more worthy than believed, and definitely don’t belong on the Naughty List anymore. The author says one of the main themes of his book is to show inclusiveness of all people. “The Naughty List” is a paperback book with colorful illustrations by Tara Conway, the author’s wife. It was published by Skylands Publishing House in 2019 and priced at $14.99, but is available for a special holiday price under $10 if you act fast, on Amazon.com.

This is the second book by DH Cermeno, the award-winning author of “Rising Sunsets.” He resides in Winter Park, FL., but has extended family who live in the northern part of Spain. Visit dhcermeno.com for more information. The book is illustrated by Mike Woodcock, an award-winning illustrator and graphic designer living in Orlando, FL. Visit cockadoodles.com for more information.

The book conveys a meaningful message from a grandfather to his orphaned grandson. The boy lost his parents at a young age, so his grandfather tries to instill courage and confidence by sharing stories of his own life’s challenges. He ends each story with the phrase “El sol no se tapa com un dedo,” or “You cannot cover the sun with a single finger.” The book is published by Dog Ear Publishing, and sells for $17.99.