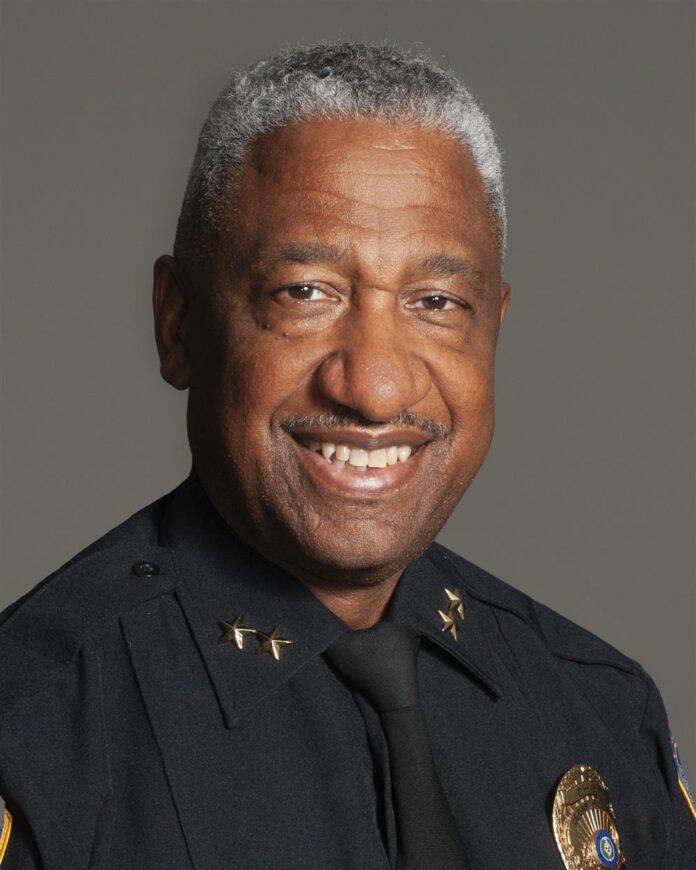 “Receiving an award is special because people took time out of their day to recognize you, and that’s humbling,” Hawthorne said. “You hope you can live up to the expectations of the people who chose to award you.”

Hawthorne joined CHISD-PD in 2016, after 28 years of service with the Arlington Police Department where he retired as assistant chief.

The award is named in honor of Don Stafford, who was the 14th African American to be hired as a Dallas Police Department Officer. Stafford became the first African American promoted to lieutenant with the department and retired as an Assistant Chief in the 1980s.

As Stafford was concluding his law enforcement career in Dallas, Hawthorne was on the other side of the Metroplex just beginning his journey. Hawthorne grew up in Fort Worth and graduated from the University of Texas-Arlington (UTA).

“It’s a huge honor,” Hawthorne said. “We have huge shoulders that we’re standing on. It’s nice to be recognized, but we have to continue to do the work to continue to open doors and to give them greater access to reach even greater heights.”

Hawthorne credits the CHISD-PD officers and staff with making the Stafford Award honor possible, and for their work in “relational policing.”

“At the end of the day, it’s all about relationships and our service to the community,” Hawthorne said.

Hawthorne teaches a police intelligence course at Southern Methodist University and a criminal research class at his alma mater, UTA. He graduated from the FBI National Academy in Quantico, Virginia.