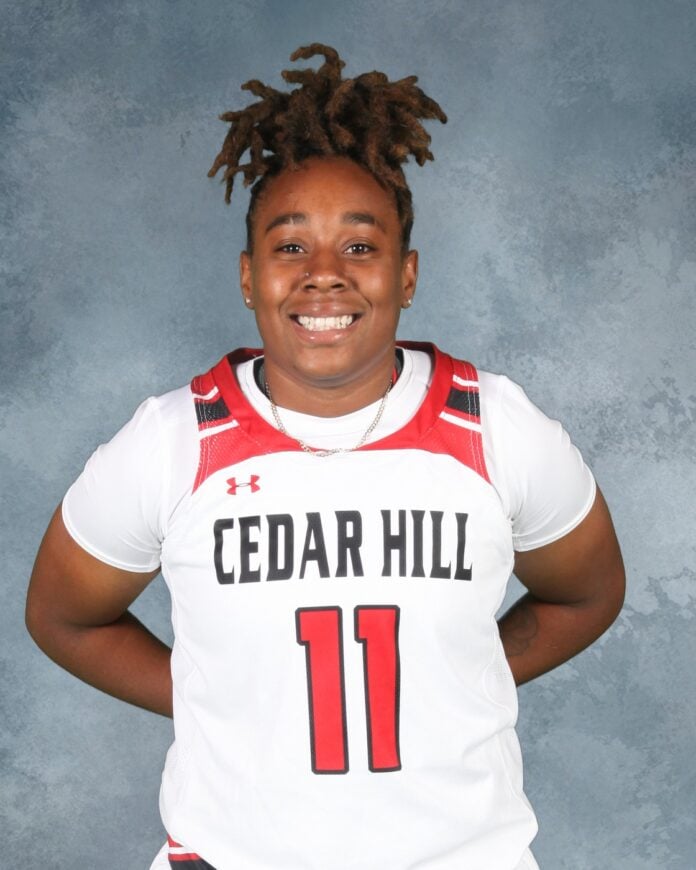 Adams was the only returning starter from a state quarterfinalist team in 2019-2020.

A Lamar University signee, Adams led the Lady Longhorns to a 19-8, 10-4 record in a district that included two of the top three teams in Class 6A, including the two most recent 6A State Champions.

“Cedar Hill has been blessed to have numerous players each year honored on the All-District Team,” Lady Longhorns head coach Nicole Collins said. “That says a lot about our program. I could not be more proud of how they have represented our community in the classroom.”

They earned a non-district victory over 6A #5 Arlington Martin and also had victories over Top 25 programs Mansfield (6A) and Red Oak (5A).