CEDAR HILL—One thing Texas lawmakers came away with during the 86th Legislative Session is the squeeze on local control.

There were 1,427 House and Senate Bills and Joint Resolutions sent to the Governor. By the end of the legislative session some might find it confusing to understand what is going on in Austin.

This month the Cedar Hill Chamber of Commerce will host State Representative, District 109 Carl Sherman. During the breakfast session Sherman will present up a Legislative Wrap Up of the session for those in attendance.

“I am excited about providing an update in the 86th legislative session. I believe [it] could be a tale of two cities – a before and after view of local control.”

From a House of Representatives freshman perspective Sherman said, “Texas generally has a track record of blocking local elected leaders from governing themselves. This runs counter to its hands-off stance on regulations. For instance, five years ago, our oil friendly state sued a Texas city that voted to ban fracking. Later passed legislation prohibiting any city in Texas from being able to have the freedom to choose fracking in their communities.”

Another manner in which Sherman said he saw local control slipping away was legislation to limit revenue cities can generate. This in turn, limits or restrains locals from being empowered to address their own priorities. Budgetary limits can impact municipal services like hiring more police and firefighters.

“There are several other examples that demonstrate the state lawmaker’s desire to strip all home rule cities of their charter given to them by their citizens to govern themselves,” Sherman adds. “For example prohibiting cities from addressing the concerns of its working class citizens who need paid time leave by passing a law banning these types of ordinances. What’s next will they ban cities from having a say in their elected officials?”

Sherman believes the influence of big business may also have an overwhelming impact on crafting legislation that usurps local control.

“It’s easier to enact mandates to control all citizens without having to deal with their representative elected local officials,” he contends.

Sherman will address the result of these challenges in the local election as well as other notable legislation. These also include the wins in education and school finance.

During last week’s breakfast series Dallas State Senator Nathan Johnson also made note of the local control issue. Johnson calling it an “all out assault” for cities to govern themselves.

Sherman, also in attendance said, “As a member of the North Texas delegation it was extremely important to me to be present in support of all the hard work the members of the legislation accomplished during this session, especially in the area of education and school finance.”

At the luncheon, set for Thursday, June 27 from 11:30 a.m. to 1 p.m., a representative from Congresswoman Eddie Bernice Johnson’s office will be in attendance. Sponsorship and registration opportunities still available. For more details contact the Cedar Hill Chamber of Commerce at 972.291.7817. 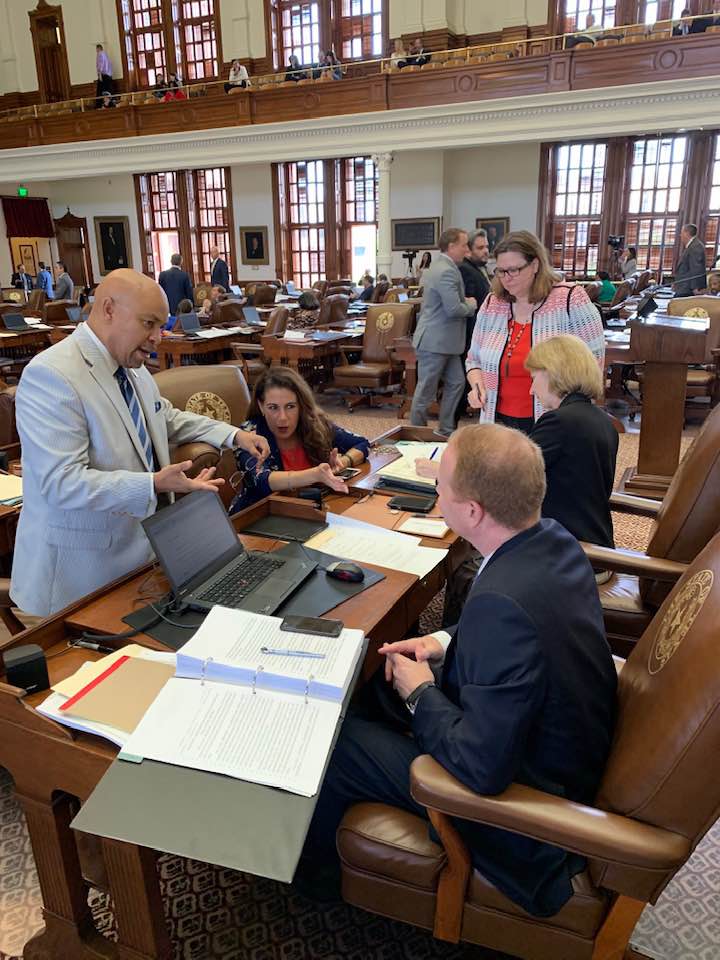