“We’ve curated our programming with our community in mind, including more opportunities for families to experience live performances here together,” said Debbie Storey, president and CEO of AT&T Performing Arts Center. “We’re grateful to Children’s Health for their collaboration in staging the amazing for our families in our community.”

“DRUMLine Live Holiday Spectacular” is an unforgettable musical journey through chart-topping holiday classics. Enjoy festive sounds of holiday cheer combining Gospel, Jazz, Soul, Motown rhythms, and The Nutcracker Suite. Mixed with a hip-hop beat and the driving force of a Historically Black College and University (HBCU) marching band. DRUMLine Live’s dazzling vocalists and talented musicians, coupled with energetic choreography, spectacular lighting, and beautiful holiday costumes, make this Holiday Spectacular one of the most dynamic shows ever. With show-stopping versions of “The Little Drummer Boy,” plus Mariah Carey’s #1 holiday hit, “All I want for Christmas Is You,” Ariana Grande’s, “Santa Tell Me,” and Justin Bieber’s, “Mistletoe.” Also classic favorites, “Rudolph the Red-Nosed Reindeer,” “Santa Clause is Coming to Town,” and “Jingle Bells.”

Since 1964, the beloved animated television classic has been delighting audiences across the country for over 50 years. Projections, costumes and characters are faithfully brought to the stage against a backdrop of nostalgic set designs.

“Rudolph the Red-Nosed Reindeer: The Musical is a wonderful new way to experience this family tradition,” says producing partner Jonathan Flom. The familiar story elements from the television special are addressed with a talented cast and puppeteers who help recreate the magic on stage.”

Songs like “Fame and Fortune” and “Rockin’ Around the Christmas Tree” help tell the tale of young Rudolph who, because of his bright, shining nose, is excluded from the Reindeer Games. He meets new friends Hermey the Elf and Yukon Cornelius after fleeing Christmastown. When an epic snowstorm threatens Christmas, Rudolph heads home to help Santa save the holiday.

Rudolph’s partnership with PACER’s National Bullying Prevention Center offers a free toolkit to teachers with important character values. A portion of proceeds from venue sales of the book, T.E.A.M. Rudolph and the Reindeer Games, will be donated to PACER.

“PJ MASKS LIVE” is back with an all new super-heroic, live musical show, featuring the heroic trio from the “PJ Masks” TV series: Watch Catboy, Owlette and Gekko along with their new friend PJ Robot try to save the day from sneaky villains – Romeo, Night Ninja and Luna Girl! Fluttering Feathers! Leaping Lizards!

Leaping, flipping and climbing – live on stage! Complete with your favorite music and brand new songs you’ve never heard before! Don’t sleep through it – watch the PJ Masks save the day, live on stage.

A new theatrical production based on the Magic Tree House adventure Stage Fright on a Summer Night by The New York Times best-selling author Mary Pope Osborne. No matter what the show must go on. Jack and Annie learn this when the Magic Tree House whisks them back to Elizabethan England. The daring sibling duo meet William Shakespeare himself—one of the greatest writers of all time. Based on the critically-acclaimed book series by Mary Pope Osborne, this tuneful tale is a hip-hop hit with kids and grown-ups alike.

Mary Pope Osborne’s Magic Tree House series has been translated into 33 languages, has sold more than 135 million copies worldwide and is the No. 1 best-selling chapter book series of all time.Produced by NJPAC in association with George Street Playhouse. Book and Lyrics by Jenny Laird and Will Osborne; Music and Additional Lyrics by Randy Courts. Based on “Magic Tree House: Stage Fright on a Summer Night” by Mary Pope Osborne.

Doktor Kaboom and The Wheel of Science (four shows)

So much science, so little time. Doktor Kaboom is having trouble picking his favorite science demonstrations, so he’s bringing them all! Unfortunately there are way too many to do them all in one show. The solution: The Wheel of Science!

Doktor Kaboom’s big spinning wheel is labeled with everything from optical illusions to chemical reactions to a homemade hovercraft, and more! At least a dozen fantastic demonstrations ready to go. Wherever the wheel stops, that’s what’s next. Will we turn a water bottle into a rocket or catapult bananas across the stage? Electrocute a pickle or create artificial gravity? Who knows? No two shows will be the same.

Doktor Kaboom delighted luncheon guests with several of his popular scientific experiments. He started by spinning two optical illusion wheels that caused us to see things larger or smaller than they really were. Then he showed us how to rig up our own electric light bulbs using a dill pickle. A young boy in the audience was invited to serve as his assistant for an experiment with an “extremely volatile chemical compound” that looked dangerous as it bubbled over the container’s top.

This “Doktor” is also an extraordinary showman. Everyone in the family should enjoy watching his experiments onstage; even the grownups will learn something new.

Lightwire Theater brings a classic tale to the modern stage in an unforgettable theatrical experience. Lined with electroluminescent wire, the beloved story of “The Ugly Duckling” is on stage through a cutting-edge blend of puppetry, technology and dance.

With dazzling visuals, poignant choreography and the creative use of music ranging from classical to pop, this production brings this story into a new and brilliant light.

AT&T offers a 10% discount with purchase of three or more Family Entertainment shows. This offer excludes Magic Tree House: Showtime with Shakespeare and Doktor Kaboom and The Wheel of Science (already at low ticket price of $10). Six-show packages range from $113 to $301.Tickets are available online at attpac.org/family, by phoning 214-880-0202, or at AT&T Performing Arts Center Winspear Opera House Box Office at 2403 Flora Street For groups of 10 or more, call 214-978-2879 or visit attpac.org/groups. 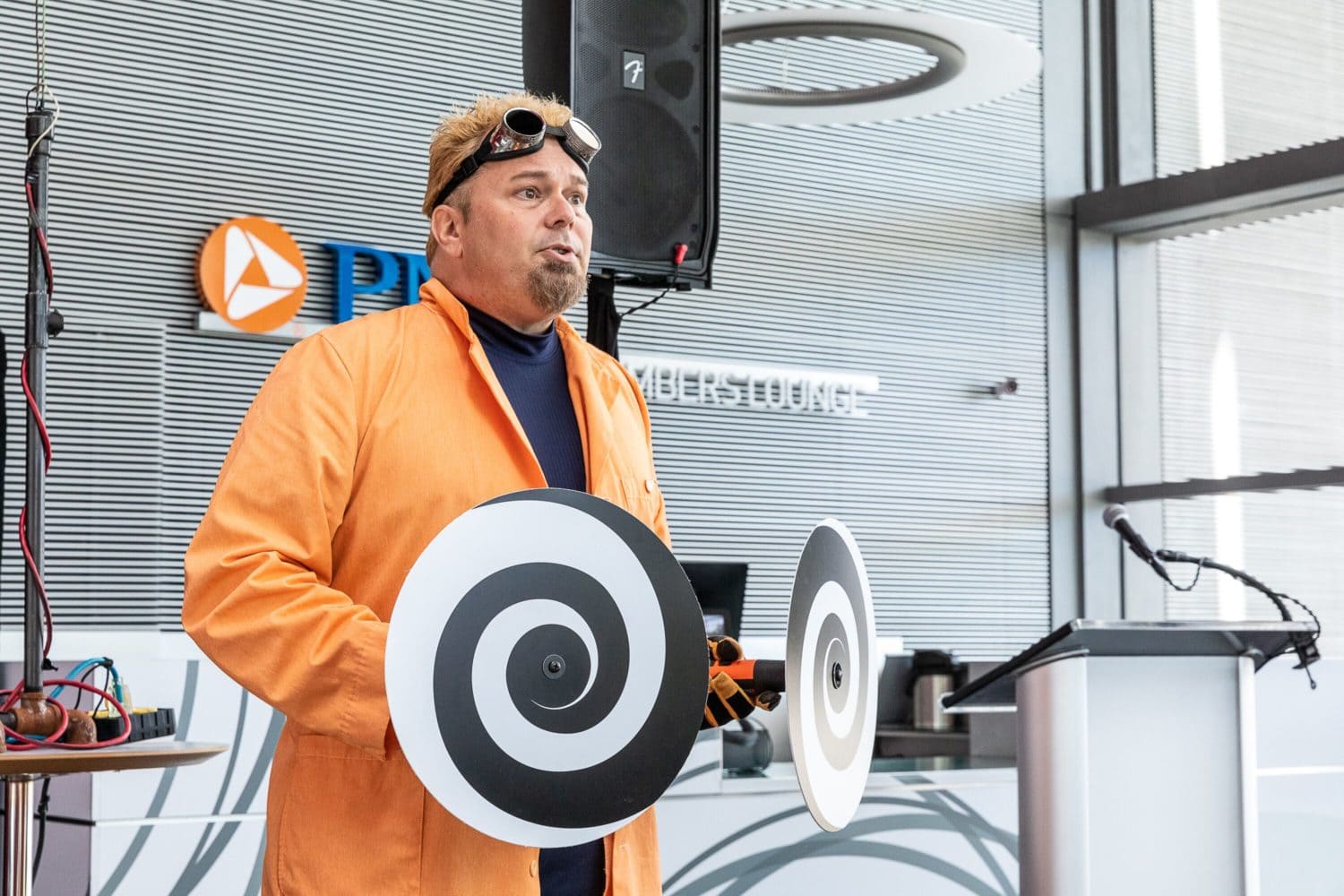