AUSTIN, Texas, Aug. 18, 2020 (GLOBE NEWSWIRE) — The nonprofit American Botanical Council (ABC) today warned the public about the substantial toxicity associated with all parts of the oleander (Nerium oleander) plant. ABC warns consumer not to ingest any parts of the plant, or capsules, tablets, teas, or extract preparations made from leaves or other parts of the oleander plant because it contains chemicals that can cause serious effects to the human heart, including death.

The ABC warning came as a result of recent media reports that President Trump may be considering asking (or may have asked) the Food and Drug Administration (FDA) to approve the drug product called oleandrin as a potential treatment for COVID-19. Oleandrin, as a purified pharmaceutical investigative drug product, has been researched for its potential applications in cancer treatment and as an antiviral agent by pharmaceutical drug-development company Phoenix Biotechnologies. Some of the studies in these areas have shown successful results in laboratory research, but it has not been tested in humans with COVID-19.

Media coverage on oleandrin has been seen on CNN, and in articles on the Newsweek and Men’s Health websites, among other sources. In the CNN coverage, CNN’s Chief Medical Correspondent Dr. Sanjay Gupta emphasized the extreme toxicity of the oleander plant itself and cautioned consumers against using it.

Oleander is a large white- or pink-flowering bush or small tree that is grown as an ornamental plant in many parts of the United States and elsewhere, including north Africa, the Mediterranean, and southwestern Asia. All parts of the plant contain a poisonous substance called oleandrin, known technically as a cardiac glycoside, and other similarly toxic constituents. The structure of oleandrin and its activity are similar to digoxin, a glycoside from the equally toxic foxglove plant (Digitalis purpurea). Digoxin is a pharmaceutical drug used in conventional cardiology for heart failure and irregular heartbeat.

According to ABC Founder and Executive Director Mark Blumenthal, “To be clear, ABC applauds appropriate scientific research into medicinal plants and fungi as sources of new medicines. We also acknowledge the very promising medical research conducted by Phoenix Biotechnologies and their oleandrin formulations. However, ABC emphasizes the distinction between a scientifically studied, chemically-defined experimental new drug compound from a widely known poisonous plant and a simple home-made pill, tea, or extract made from the plant’s various parts. With respect to oleander, all parts of the plant are highly toxic, dangerous, and life-threatening when ingested. Consumers should not, ever, try to make a home-made remedy from or self-treat with oleander.” 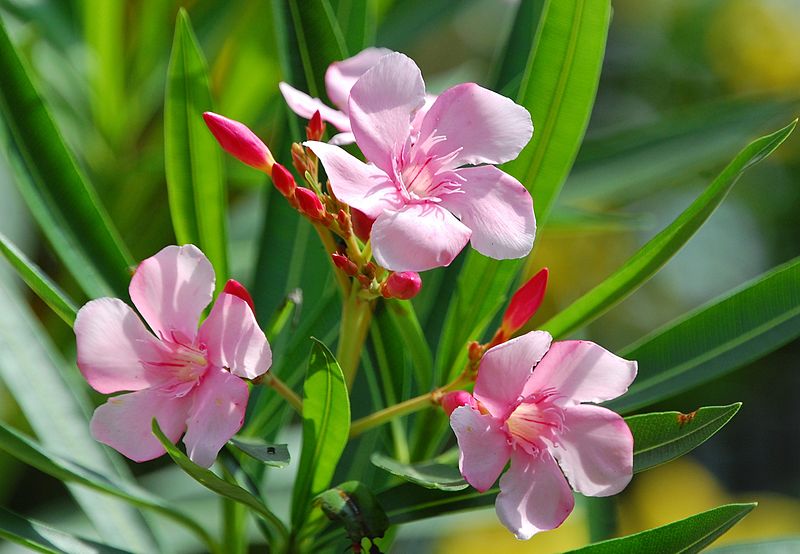