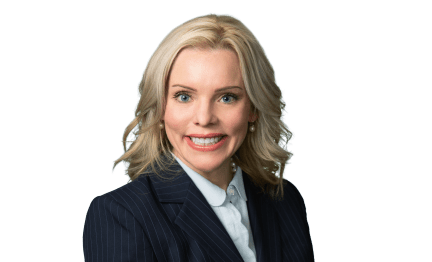 Deep Ties To Duncanville, The City & The District

Amy Lott has fond memories of her time as a student at Duncanville High School.

She was a cheerleader, took media technology classes and participated in student council.

“She always encouraged me to write,” Amy said.

Amy graduated high school in 1998, and she and Mrs. Whitley kept in touch through the years. About 10 years ago, Mrs. Whitley invited Amy to her birthday party at what Amy described as a ‘swanky place’ in downtown Dallas.

“She had a huge celebration and there’s a picture of the two of us dancing together,” Amy said. “I [later] invited her to my baby shower. She’s just a fabulous human being.”

Amy’s family has lived in Duncanville for many years and has deep ties to both the city and the district.

Her mother, Linda, was a teacher in the district for about 30 years and her father, Dalton, is a local entrepreneur and benefactor.

Mr. Lott was part of a group who started the Duncanville ISD Education Foundation – an organization that raises money to benefit teachers and students in the district. Amy, who graduated from Duncanville High School in 1998, is a member of the foundation board.

For the past four years, Amy has been honored as a ‘Rising Star’ in securities and corporate finance by Texas Super Lawyers as published in Texas Monthly magazine. She earned her undergraduate and Master of Business Administration from Dallas Baptist University and in 2007, received her law degree from Southern Methodist University. She says she wanted the business degree, coupled with her law degree to help with the family business.

Just a year after graduating from law school, Amy helped complete a deal to sell her family’s ownership of the Dairy Queen located on Main Street in Duncanville. In 2014, she worked on the sale of Club Marketing Services, the family’s company that sold products to both Sam’s Club and Walmart.

Amy is currently a partner at Gray Reed – a major Dallas law firm – where she works on corporate accounts. She says she relies on characteristics she developed at home and as a student in Duncanville ISD every day to serve her clients – approachability, common sense and empathy. She calls her connections in the community her ‘home team.’

“It’s tied to loyalty,” Amy said. ‘It’s about family, friends, your chosen network. It’s doing the right thing for other people. They’re the people you can count on and the people that count on you.”