After living in Italy for approximately four years, one could say I’m familiar with the culture and lifestyle. Italians are passionate about a lot of things: their food, style, speed and love. With the exception of the Ferrari, the Germans are more known for driving dynamics. But FCA and Alfa developed the 2019 Alfa Romeo Giulia Quadrifoglio with Italian DNA and a passion for performance.

I was really looking forward to getting a new Jeep Gladiator for a week-long test drive but when I got an email that it was going to be unavailable the week I had been scheduled for it, I was only disappointed for a second. I had been rescheduled to be provided a new Alfa Romeo Giulia Quadrifoglio rear wheel drive performance car in its stead. That is an Alfa I had never had the pleasure of driving, so I felt it should be a “worthy” replacement.

What an understatement! The four-leaf clover on the fender was far more than a good luck charm. This car truly is super. Over the weekend, we took the car to the north side of Dallas for a staycation. Everywhere we went, heads turned as we rode in style and the engine growled with acceleration. Not only is the styling extraordinary, but the performance is unparalleled. Even better, the fuel economy for this 505 horsepower twin-turbo vehicle was impressive. I was not driving like a race car driver, but I wasn’t Driving Miss Daisy either. The EPA says drivers will get an overall 20 mpg with a fantastic 24 at “cruising altitude!”

Not only were the seats upholstered with soft, supple leather, but the dash and other surfaces exhibited an abundance of luxurious opulence. I did find the starter button on the left side of the steering wheel a bit out of the ordinary, but once I became used to it I got to the point where I really appreciated it being there.

I found the optional lane-departure warning more unappreciated that I would have expected in that it seemed to beep very loudly whenever I went to change lanes and did not properly engage the turn signal. The turn signal itself also annoyed me in that after engaging it to change lanes, it did not stop indicating a turn until I flipped it in the opposite direction, which often told the people in the vehicles following me that I would then be turning back into the lane I just departed. I never did fully master the turn signal mystery, but perhaps if I had driven the vehicle more than a week I would have gotten it down pat.

Picky, picky. Don’t get me wrong. Even with these “minor gripes,” I still loved the Giulia and have met a number of vehicles priced in the low to high 70’s ($73,700 base and $79,995 as equipped) that I would not buy if a purchase if I had been familiar with this beautiful Italian sports model. Every other feature was exceptional with even the kids falling in love with there ample seating space in the back seat. I need to point out that not many sports cars meet with their approval in terms of comfort and ease of ingress and egress.

FCA and the Italians got it right with the Giulia Quadrifoglio. It is the best vehicle I have ever driven that was built in Cassino, Italy! 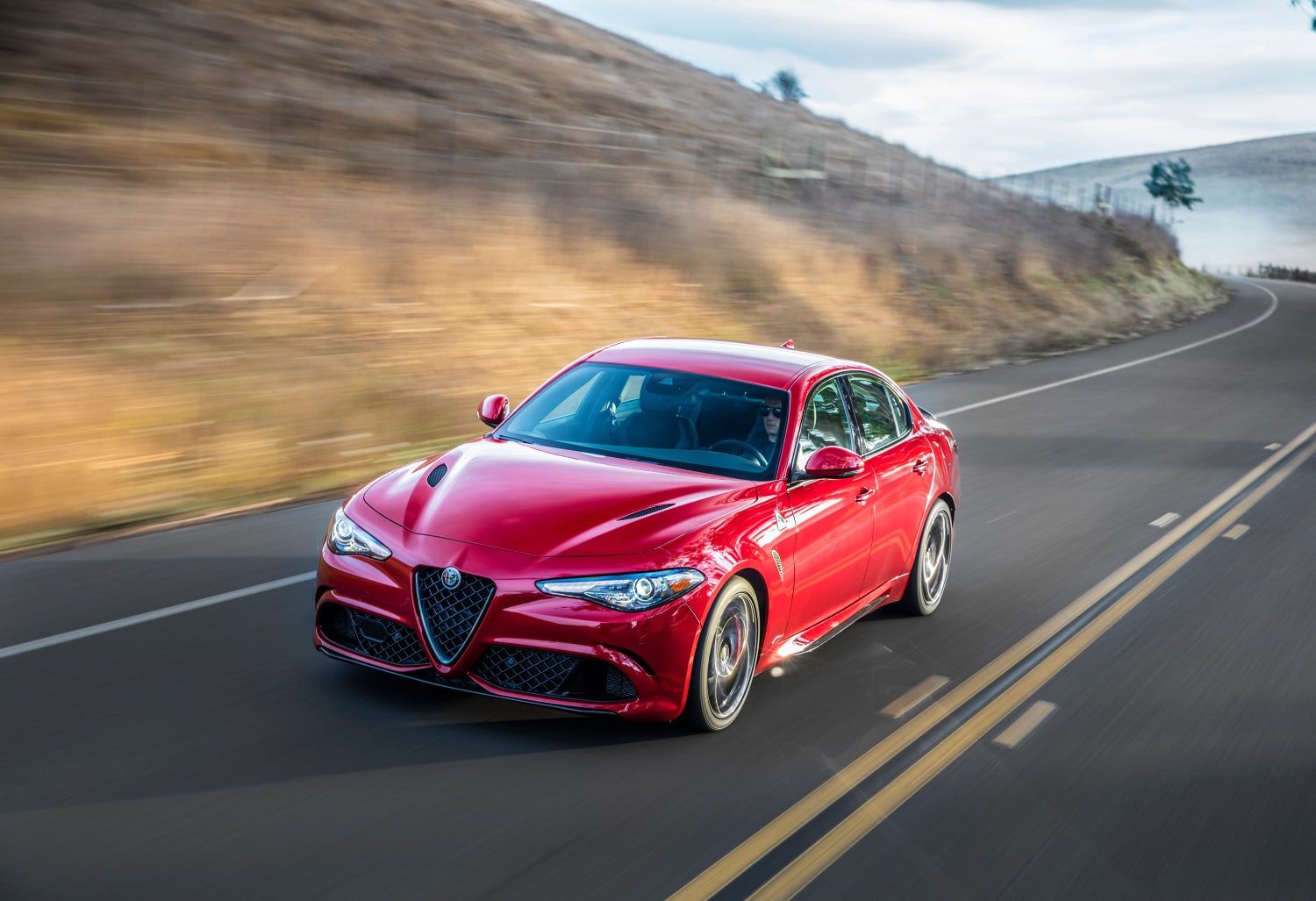