Publishers Note: Frank and I have been friends and colleagues for over 20 years. He’s deeply respected throughout the entire journalism community. We have a mutual concern about recent events that threaten Freedom of the Press. I appreciate Frank explaining the recent actions at Voice of America and why we should be concerned.

Independent Journalism Is Being Attacked

I have spent my entire working life of 40 years as what is now called a mainstream newspaper reporter, as distinguished from opinion mongers and talking heads on television, and I can honestly say that I was never told by anybody to put a particular spin on a story.

Sure, I’ve had my disputes with editors who thought the lead (we write “lede”) on the story should be different, or challenged the accuracy or description of some element. But those were journalistic disagreements, and in most cases I prevailed.

And although politicians, elected officials and bureaucrats have tried to influence coverage, they did not succeed either because of the backing of my newspaper and, of course, the First Amendment to the Constitution, which guarantees freedom of the press.

I am now deeply concerned about the Voice of America, which currently is under siege by a newly installed overseer appointed by President Trump.

Basically, the situation is this: The VOA, though it is funded by the taxpayers, functions like our traditional independent free press. It delivers news world-wide in 47 different languages. To enable that, it employs a number of foreign-born journalists who report on news in the United States and in their home countries. The coverage is particularly important in places reached by the VOA that practice censorship forbidden in the U.S. and western democracies.

The overseer of the VOA, as well as Radio Free Europe/Radio Liberty, is the U.S. Agency for Global Media (USAGM). Its new chief executive is Michael Pack, a filmmaker and ally of Steven K. Bannon, a former adviser to President Trump. Pack appears bent on dismantling the independent journalism that is a hallmark of the VOA as well as U.S. newspapers and other news organizations.

Now Pack has “paused” the visa renewals of foreign-citizen reporters who cover news for their countries at Voice of America. In some cases, if the visas are not renewed, those journalists are in jeopardy of being sent back to their home countries, where they could be in danger from despotic authorities unhappy with their coverage.

There have been reports that the VOA staff, including U.S. citizens, are demoralized over the action. One journalist there said, “I never understood how difficult journalism was in other parts of the world. I work with people who have been tortured and physically scarred. Seeing the sacrifices they’ve made to share truth with the public is inspiring.”

Now those foreign-citizen reporters are threatened, not only with the loss of their jobs but perhaps with harm to themselves and their families as well. Moreover, they provide a unique service for the Voice of America and their home countries that U.S. journalists could not do, so they are not taking jobs from Americans.

The National Press Club and its Journalism Institute have protested the so-called “pause” of visa renewals for the reporters.

“We know of no sensible reason to deny VOA’s foreign journalists renewed visas,”

said National Press Club President Michael Freedman. “These men and women provide an essential service to VOA by reporting from the U.S. and telling the American story to their audiences overseas. They have the language skills and cultural background to perform this work. They are not taking jobs away from American workers.”

Journalism Institute President Angela Greiling Keane said, “Failure to renew visas for VOA’s foreign journalists could be tragic. Instead of fulfilling its mission of standing for press freedoms, USAGM would be chasing journalists out of the U.S. and putting them in harm’s way.”

Frank Aukofer is a retired reporter and a former president of the National Press Club.

Support local news by subscribing to Focus Daily News, for a limited time you can get a 1 year e-edition subscription for $10, normally $100. Local news and journalism has never been more important. 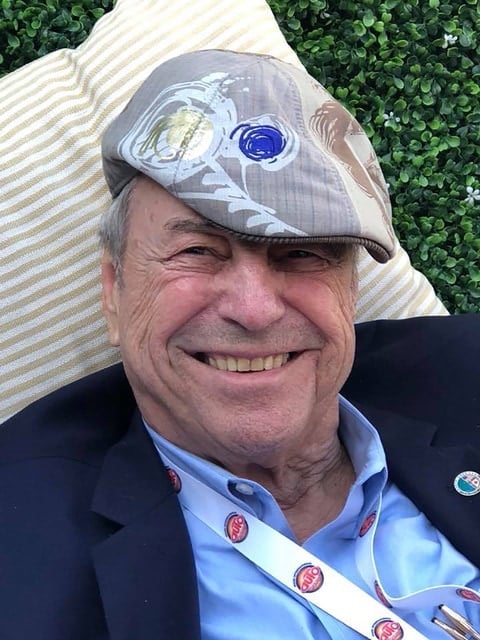 At $10 A Year, Can You Afford Not To Support Local News?