DESOTO—Last week, City of DeSoto Mayor Curtistene McCowan held a Town Hall Meeting affording DeSoto residents and community leaders the opportunity to come together and discuss the response by the DeSoto police officers who were called to the scene of a family domestic violence incident on the evening of August 7, 2018.

Mayor McCowan felt that there were strong opinions circulating in the community based more on emotions and misinformation than on the basic facts and viewed this town meeting as a forum where they could put the known facts on the table and clear the air. Based on the response of those in attendance at the Tuesday PM meeting at the Community Missionary Baptist Church, the meeting achieved its intended purpose.

“I wanted to bring our community together to discuss these issues in detail and review the basic evidence that is out there but often ignored,” said Mayor McCowan. “In the end, we were able to put aside much of the anger and rhetoric that had been generated and begin to move our community forward.”

Those in attendance were shown the complete dash cam video and listened to the two 9-1-1 audio tapes of the call by the girlfriend of one of the family members who was fighting with his brother. She made her initial 9-1-1 call at the direction of the mother of both men involved in the fight. DeSoto Police Sergeant Heath Penwarden was on hand to introduce each recording and provide operational commentary and answer questions about what was happening at any given point. Roughly 60 community members attended the Tuesday evening meeting and all had the opportunity to ask questions of speakers or any officials in attendance.

Speakers included Mayor McCowan, DeSoto City Manager Dr. Tarron Richardson, Texas State Senator Royce West, and Rev. Oscar Epps, pastor of the evening’s host Community Missionary Baptist Church. Pastor Epps also serves as chaplain to the DeSoto Police Department and said that he had spent six (6) hours with DeSoto Police Chief Joseph Costa and DPD command staff reviewing the tapes and having them answer any questions that he had. The pastor concluded that while there is always room for improvement, that he was okay with the response of the DeSoto officers involved in this case.

Monday Mayor McCowan and Congresswoman Eddie Bernice Johnson held a follow up meeting reiterating the values discussed during the town hall session. The two leaders shared a dialogue on recent occurrences in the city and left the meeting with a greater understanding of their two positions and a greater appreciation for each other’s perspectives.

Congresswoman Johnson and Mayor McCowan have been in constant communication with one another and pledge to continue working together. They both believe in a shared vision in which DeSoto’s people and its institutions continue to foster trust in order to build on the city’s current progress. 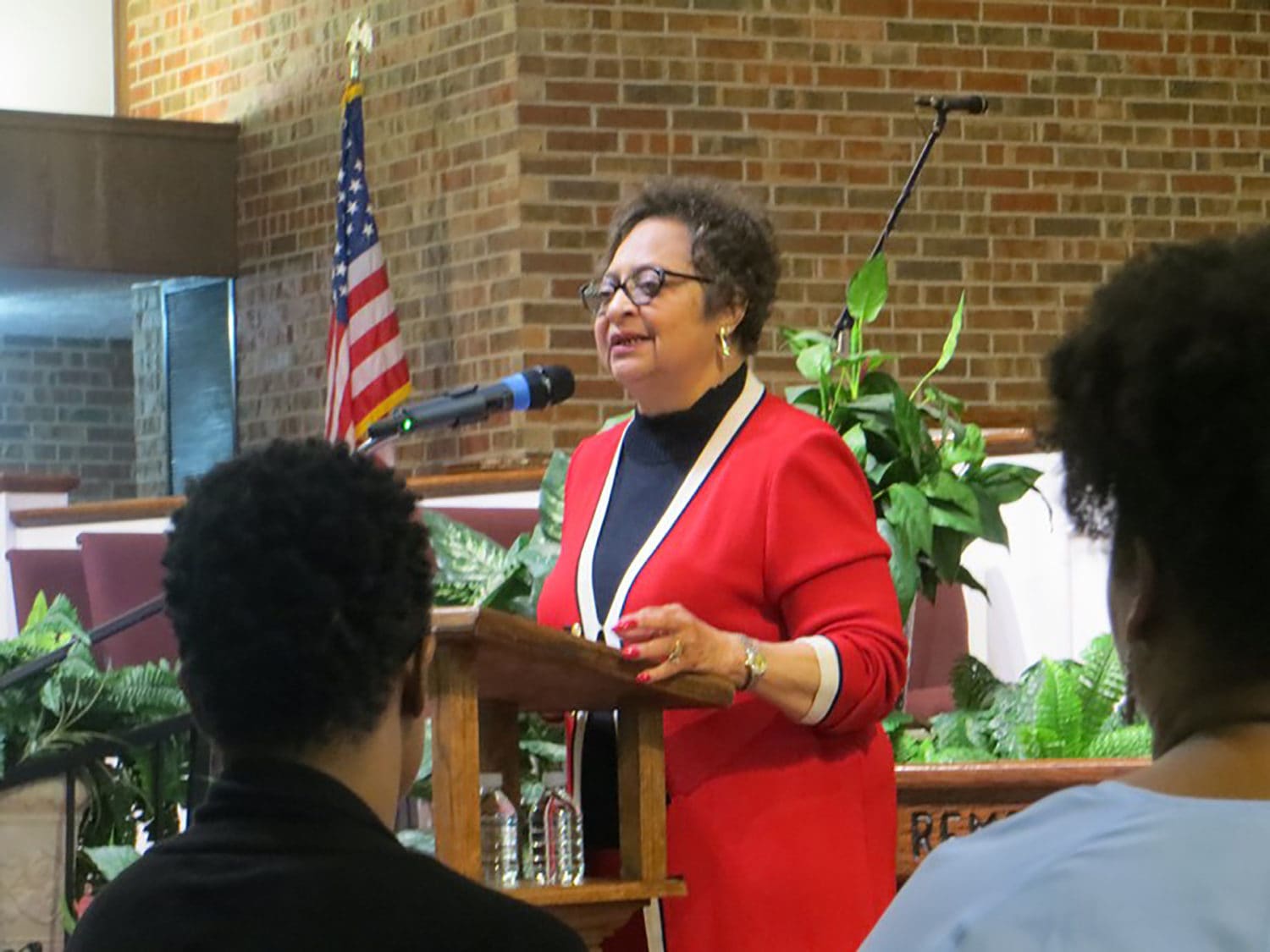