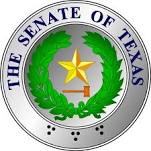 Texans who can legally carry handguns wouldn’t need the state’s permission to do so under a bill approved by a special Senate committee on Thursday. The Senate Special Committee on Constitutional Issues was created by Lt. Governor Dan Patrick last week in order to consider HB 1927, a bill that would institute permitless, or “constitutional” carry in the state. Current law requires those who wish to carry a handgun concealed or in the open to complete a safety course and proficiency demonstration to obtain a license to legally carry. Senate bill sponsor and committee chair Senator Charles Schwertner of Georgetown told members that the right to carry is already guaranteed. “HB 1927 recognizes the United States Constitution as our permit to carry,” he said.

Schwertner stressed that the bill wouldn’t change existing laws about lawful possession, display, or other restrictions on firearms. Texans are already permitted to keep handguns in their homes or cars without a license, and the law permits the open carry of long guns. The bill would extend those rights to the carry of handguns, following the lead of 20 other states. Senator Bob Hall of Van Zandt told members that dire predictions of violence and crime never came to pass in those states, demonstrating that constitutional carry isn’t a public safety hazard. “Speculation about crime being increased has been answered,’ he said.

Schwertner said he intends to offer the bill before the full Senate next week, but it’s not clear if he has the necessary support to do so. He said he intends to offer a number of amendments that he believes will garner the 18 votes necessary to consider a bill on the Senate floor. “A few short weeks ago it was suggested that there was insufficient support to pass a constitutional carry bill out of the Texas Senate this session,” said Schwertner. “I personally refuse to accept that. I believe that if we are willing to listen to one another and work together to get the job done, we can pass the kind of strong constitutional carry law that all Texans can be proud of.” These potential changes include continuing to disallow intoxicated individuals from carrying and enhanced penalties for those who unlawfully possess and carry handguns.

On Monday, the Senate Finance Committee unanimously approved a measure intended to protect state troopers patrolling state highways. This comes after the death of Trooper Chad Walker on March 26th, who was shot through his cruiser’s windshield as he stopped on the highway to aid what he thought was a stranded motorist. Another trooper, Juan Tovar, was shot through his windshield as he responded to an active shooter in Bryan on April 8th. He survived but suffered the loss of his left eye. “Unfortunately, our DPS officers are increasingly targeted by individuals wishing to do them harm,” said Committee chair and Flower Mound Senator Jane Nelson. “Our troopers are most vulnerable while patrolling our highways, as we’ve seen with recent cases in which our troopers are ambushed in their vehicle.” Her bill, SB 2222, would require the installation of bullet resistant windshields on all existing and future DPS patrol vehicles.

According to DPS Director Steve McCraw, the cost to the state for the retrofits would be around $20 million, with another $5 million needed for cars purchased in the future. McCraw said his agency is trying to balance the weight needed for increasing levels of protection versus vehicle performance. “It can’t be a tank,” he said. “These are pursuit vehicles, we drive them over 100 miles an hour and crashes are fatal as well.” Bullet-resistant glass is rated on a scale of 1 to 8, with 8 being the thickest, heaviest glass available; McCraw said he thinks the new windshields should be level 3 rated. That gives protection against all handgun calibers while not significantly impacting drivability. A priority of the Lt. Governor, this bill will also likely see the Senate floor next week.