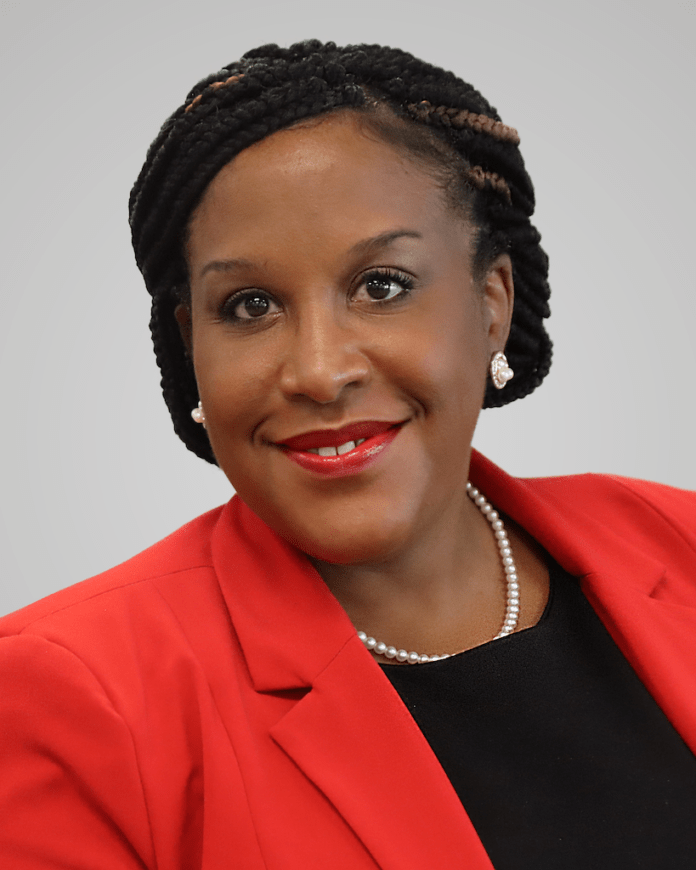 (CEDAR HILL, TEXAS) Audrey Peterbark Ross has always had confidence in her ability as a musician and an educator.

But if there was ever a year that she was Campus Teacher of the Year, it surely wouldn’t be during a Pandemic when she had to drastically alter lesson plans – perhaps more than other teachers.

“There was a time when I could only use approximately 15 percent of my classroom,” Peterbark Ross said.

Her peers thought so highly of Peterbark Ross’ talents (and her ability to adapt) that they selected her 2020-2021 Lake Ridge Elementary Teacher of the Year.

‘She Wears Many Hats at Lake Ridge Elementary’

“Ms. Peterbark Ross is a driven educator who cares about scholars and colleagues,” Lake Ridge Principal Marquita McCullum said. “She wears many hats at Lake Ridge Elementary, and she aims to do everything with a spirit of excellence. From serving as the Music Teacher, assisting with fellow elective classes, being the Technology Liaison and chairing the Sunshine Committee, you can expect to see Ms. Peterbark Ross making things happen.”

Peterbark Ross – who is finishing her fifth year at Lake Ridge – said one of the best parts of being a music teacher is “making connections with every scholar on campus.”

She is working on a Doctorate in Educational Leadership from Liberty University, which is located in her home state of Virginia.

Peterbark Ross credits the leadership of McCullum and Lake Ridge Assistant Principal Dr. Emily Washington with helping her develop as an educator.

“They care about you as an individual first,” Peterbark Ross. “I know that I can talk to them about anything. They always think about the teachers first, and they support everything I do on campus. They go out of their way to provide opportunities for leadership.”

Peterbark Ross is the accompanist for other campuses, and worked with Cedar Hill High School’s production of “The Wiz” last January.

“In addition to me being a music teacher and accompanying for district, I am the elementary team lead, semi-managing the other six campuses and helping their music teachers come up with innovative lesson plans,” Peterbark Ross said.

She is also an organist for a church in Tarrant County.

Peterbark Ross grew up in the Virginia suburbs of Washington D.C. That’s where she first became interested in music, playing the piano at the Lomax African Methodist Episcopal Zion Church in Arlington, Virginia.

“My mother was the choir director and played the piano at church,” Peterbark Ross said. “I asked if I could play the piano, and before long, I was playing piano in church.”

Peterbark Ross’ love of music was just beginning. After high school, she earned Bachelor’s and Master’s Degrees from Westminster Choir College in New Jersey, which is now associated with Rider University. During her time at Westminster, she was part of a group that won two Grammy Awards.

“Westminster holds contracts with all of the major orchestras in the world – including the Kennedy Center and Carnegie Hall,” Peterbark Ross said.

She became an independent piano teacher in Virginia for 13 years. It was during her time taking summer certification classes at Southern Methodist University in Dallas that she learned about Cedar Hill ISD.

In addition to piano, Peterbark Ross is a classically trained singer and former violinist.

When she visited Lake Ridge for an interview, it didn’t take her long to accept the position.

Peterbark Ross’ long term goal is to become a Fine Arts Director or a Campus Principal Regardless, music will never be far behind.

“When I move into administration, I will miss being in the classroom, but I’ll always be involved with music in some capacity” Peterbark Ross said.