“Old Jews Telling Jokes,” produced by Philip Roger Roy and Playhouse Productions, is onstage at the Eisemann Center for Performing Arts July 11-28. Created by Peter Gethers and Daniel Okrent, directed by Jeremy Quinn, the show is billed as “An Evening in the Catskills” with jokes, skits, song and dance.

Featuring five actors, the revue pays tribute to classic jokes of the past and present. The humor is suggestive in style as the “old Jews” poke fun at themselves as well as those who follow other religions. Populated with whining wives, patient Rabbis, competitive men, and other easily recognizable stereotypes, “Old Jews Telling Jokes” celebrates their time-honored humor and traditions.

Producer Philip Roger Roy, who also produced “My Son the Waiter, a Jewish Tragedy,” said, “Think Catskills comedy with jokes, songs, stories, skits, and routines. The humor is reminiscent of the great Jewish comedians from Buddy Hackett and Alan King to Tom Lehrer, and more.”

The Huffington Post called the show, “A non-stop laugh fest.” The New York Times said, “Hilarious … magnificent, enduring rhythm of Jewish humor!” The New Yorker said, “The
laughs per minute average is as high as anything you’ll find on stage!”

He has produced more than 45 shows since 1972, including the successful 2010-13 national tour of “RESPECT: A Musical Journey of Women.” Recent productions include “My Mother’s Italian, My Father’s Jewish & I’m in Therapy!” (with Bud Martin and Dana Matthow, 2010-2013).He produced “A Jew Grows in Brooklyn” and was associate producer and general manager in Philadelphia for “Menopause The Musical.”

Roy’s production of “Let My People Come” played over 2300 performances in Philadelphia from 1977 to 1987, followed by tours to 20 cities in the USA and Canada. Other productions include: Family Secrets, Grandma Sylvia’s Funeral, Greater Tuna, The World of Lenny Bruce, Confessions of an Irish Rebel, Judy! The New Judy Garland Musical, El Grande de Coca Cola, Pretzels (by Jane Curtin), Sholom Aleichem, Cloud 9, Groucho: A 1-Man Show With 2-Women, Bullshot Crummond & The Fantasticks (in which he also performed). As owner/founder of Philadelphia’s legendary Grendel’s lair Cabaret theater for 15 years, he produced hundreds of concerts including the Police, Dizzy Gillespie, Buddy Rich, & Charles Mingus. Roy co-produced The Male Intellect: An Oxymoron? and Say Goodnight Gracie in Philadelphia.

“Old Jews Telling Jokes” receives rave reviews wherever it plays, including two years off-Broadway and in cities across the U.S. Warning: adult (bawdy) humor. Not for audiences under 21. 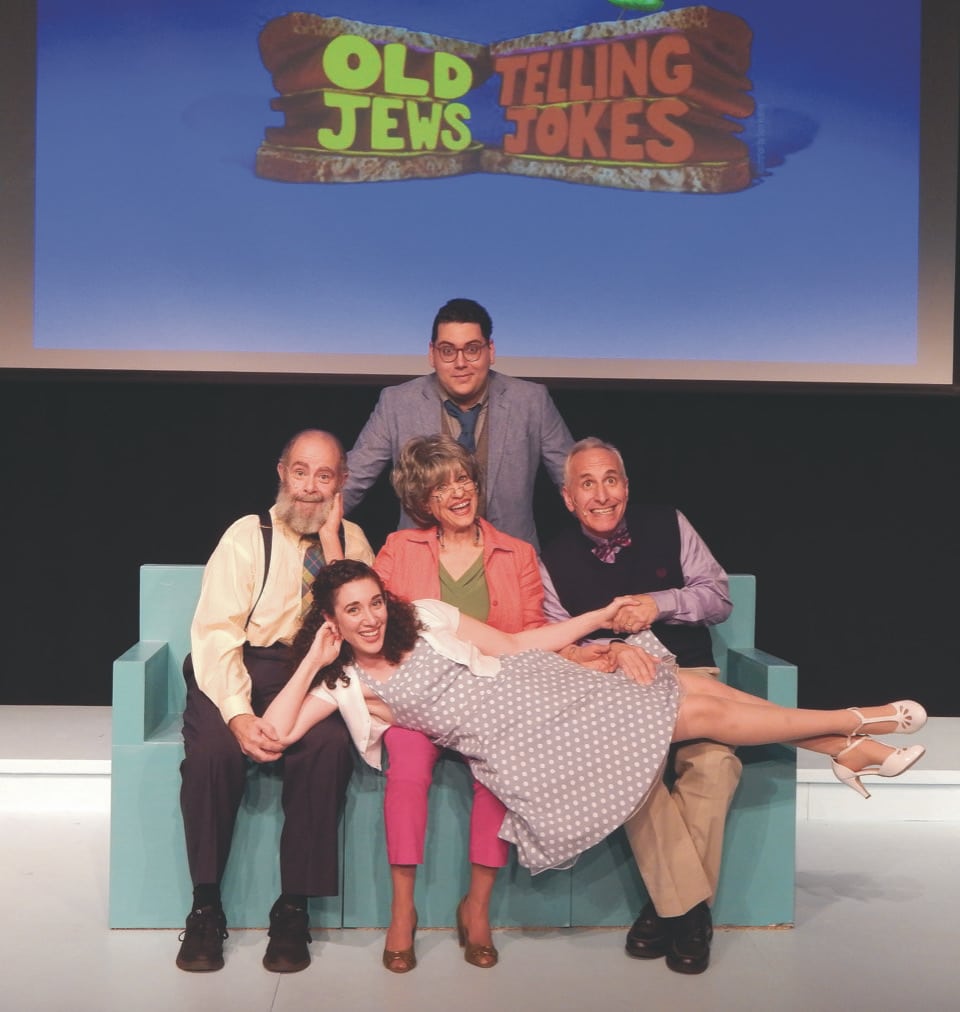