When Olivia McMasters got engaged in April 2019, she couldn’t have imagined that the world would change before she said “I do.”

McMasters and Zachary DiGiovanni, both 33, of Houston had been dating for three years when he popped the question. The two had planned to marry at the chapel at the Fort Worth Naval Station on April 4. DiGiovanni, a pilot, served in the U.S. Navy and is still a member of the Naval Reserves. The couple then planned a big celebration in Punta Cana in the Dominican Republic in May.

But then COVID-19 began to shut down plans and places across the country.

First, the Navy informed them they couldn’t get married on the base, then Southwest Airlines called and canceled their flight. Their pastor suggested getting married at a Fort Worth park, but then rain loomed in the forecast.

“We didn’t want the virus to stop our commitment to love and each other,” McMasters said.
So McMasters mom said “Come use the backyard.” And while it was an easy decision for Delilah McMasters, it wasn’t going to be easy to pull off. She had literally just moved into a new house in Arlington.

“We packed Thursday and Friday, they dropped off everything on Saturday, she called on Monday,” Delilah McMasters said. “By Tuesday, I thought ‘we have this.’”

On Tuesday, she reached out on the popular Mansfield Moms Talk Facebook page for help, looking for anything to help put on a wedding.

“That group of women is always willing to help, they’re looking for something they can do,” she said. “We got an arch completely decorated, completely stunning. Another woman used to be a wedding coordinator. She got us lights and plates. Another woman dropped off a garland of flowers.”

Delilah McMasters found a bakery in Duncanville to create the wedding and groom’s cakes, and Mansfield restaurant Poured brought in the food.

“I didn’t realize that she had done it,” Olivia McMasters said. “I thought there would be no décor or anything. We’ve got everything we need.”

The bride admits to shedding some tears, wondering what to do.

“I didn’t want people to feel uncomfortable,” she said.

“Once I got here and saw the layout of the house, I calmed down,” she said. “We can do the ceremony on the porch and people can look through the windows. Then we can come inside and eat.”

While only the bride and groom’s parents and siblings were able to attend the wedding, more than 50 others watched on Zoom, including women who had pitched in to make it possible.

Jennifer Gutierrez of Mansfield loaned McMasters the beautiful arch that she created after her own daughter’s wedding was canceled.

“We were set to go to Maui for the wedding on March 24,” Gutierrez said. “On March 17, eight hours before getting on a plane, the wedding coordinator called to tell me they were closed. “My daughter said ‘I’m getting married,’” she said.

So Gutierrez got creative.

McMasters and DiGiovanni were the third couple to get married under the flower-draped arch. A friend of Gutierrez’s daughter used it when her wedding canceled, and another couple was set to use it after McMasters.

“Moms help each other out,” Gutierrez said.

“Maybe in this economy, we should do pop-up weddings,” she joked. “The most important thing is that they got married. They are planning to go to Maui for a vow renewal next year on March 24.”

The new Mr. and Mrs. DiGiovanni moved their Dominican Republic celebration to Sept. 25. Their honeymoon to Maldives will have to wait until after that, too, the bride said. 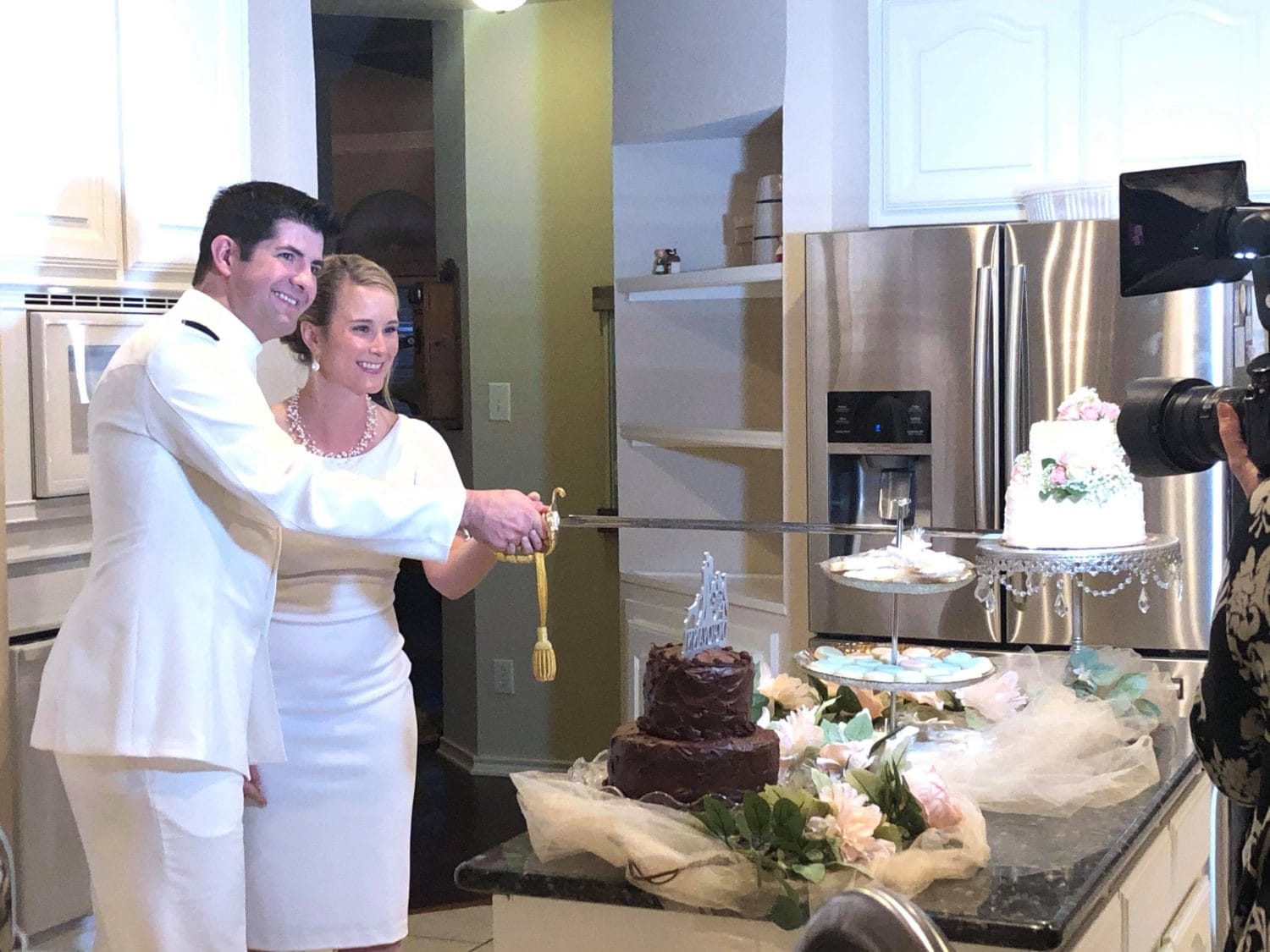