MIDLOTHIAN — The Midlothian Masonic Lodge has been very involved in the community since the launch of the new school year. Recently, the Lodge awarded 43 scholarships to deserving college students.

Jerry Kirby, Grand Master of Texas Masons and Chairman of the Scholarship committee for the Knights Templar, said they gave out $52,200 and will give more during the October grading session.

Kirby, who has been a Mason for 50 years, explained the scholarship money comes from the Texas Knights Templar Educational Foundation. Scholarships are based on application GPA, college major, self sufficiency, past activities, financial need, academic honors and references.

Kirby said the organization has been awarding scholarships for the past 30 years.

“I don’t know the exact amount of money that has been given away or the number of scholarships provided over the years,” he said. “But somewhere around $2 million to more than 3,000 kids.”

The amount awarded in October will depend on the number of applications and how much money is available.

A team of Sir Knights score student applications. Students must be US citizens, Texas residents have earned 30 college hours at the time of application.

Kirby said overall, education has always been a focus of the Masons.

“We were responsible for the first schools in Texas. We paid for the teachers,” he added.

Scholarships is not the only community program sponsored by the Masons. The local Masonic temple will also be holding a blood drive September 16 from 8 a.m. to 2:30 p.m. at the Wal-Mart in Midlothian.

According to David Griffin, Worshipful Master of the Red Oak Masonic Lodge, the Midlothian Lodge holds at least four blood drives each year and they hope for 50 pints of blood from the upcoming drive.

“Masons are all about being better men in our hearts and actions. Through giving and serving our communities, we labor towards that goal,” Griffin said. “Blood is the gift of life itself for those who need it. Blood drives are important to organize and volunteer in to help our fellow humans. I hope many of our citizens will stop and think that they too might need a pint of blood someday to save their life. By giving themselves, they may help save one of their family members or their own life someday.” 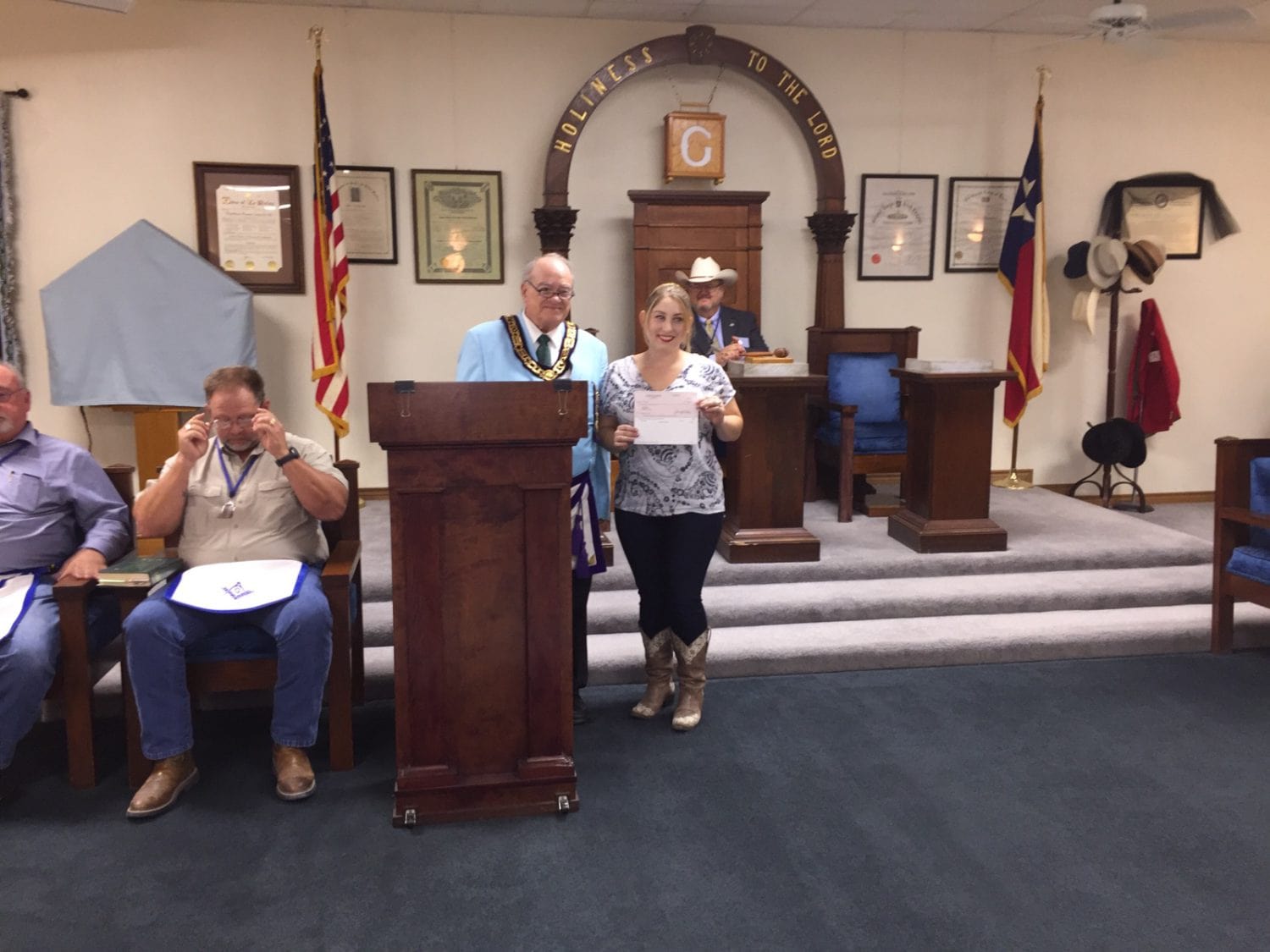