Before Jalen Kimber hit the road to play college football, he hit the road with his father in a quest to discover where the Mansfield Timberview cornerback will play at the next level.

The two set out on a journey of about five days, just father and son, traveling throughout the southern part of the United States, visiting a plethora of colleges. Each one was courting Kimber, one of the top football players in the nation.

“It was extremely special. I got to visit a lot of schools and a lot of other states,” Kimber said. “But the best part was just spending that time with my dad. It was great, something I’ll treasure forever.”

The trip included trips to schools such as Auburn, Alabama, South Carolina, Georgia, Georgia Tech, Notre Dame and Florida. Kimber decided to play for the Georgia Bulldogs of the Southeast Conference. In fact, he graduated early from Timberview. He plans to attend the University of Georgia in January. This will set him up to challenge for playing time come the fall 2020 football season.

“Georgia was the best fit for me. I felt at home right away there,” Kimber said. “Also, Coach (Kirby) Smart (the head coach) deals directly with the defensive backs, so that was a big part of my decision.

Since 2004 the SEC has won 10 national championships with five runner-up finishes. In 2017, Georgia was the runner-up, losing in overtime to Alabama.

Before playing for the Bulldogs, however, Kimber has one more appearance representing the Timberview Wolves. He will play in the U.S. Army All-American Bowl on Jan. 4 at the Alamodome in San Antonio. The game features the 100 best senior high school football players from across the nation.

“I’ve been watching it since I was a little kid. It’s a little crazy that I’m actually in the game now,” he said. “I know some of the kids in it. It’s going to be great to be in the game with and against them.”

Kimber fought back from a broken collarbone as a sophomore to land his college scholarship and the All-American Bowl honor. He ended his Timberview career as a three-year varsity captain and letterman, helping the Wolves to three playoff appearances, reaching the third round in 2018.

James Brown, Timberview head coach, believes Kimber will be a force to be reckoned with in the SEC.

“He’s played the same type of game from peewee through now, just consistently good,” Brown said. “We were fortunate to be able to spend the past few years with him. He’s done everything needed on the field and in the classroom, and he’s set himself up for this.

“He’s one of the best cover guys I’ve ever seen. As long as he continues to do the things he needs to and takes care of his body, he’ll be fine. He fits very well into their system.”

Ironically, Kimber comes from a family with a rich history in track, including his great-grandfather, grandfather, father, cousin and older brother – and he ran track himself in junior high. Then, he found his true sports passion around the same time his family moved to Texas from Chicago shortly before his eighth-grade year.

“It worked out well,” he said. “I made a lot of great friends, and I really enjoyed it here. Now it’s time for the next chapter in my life.” 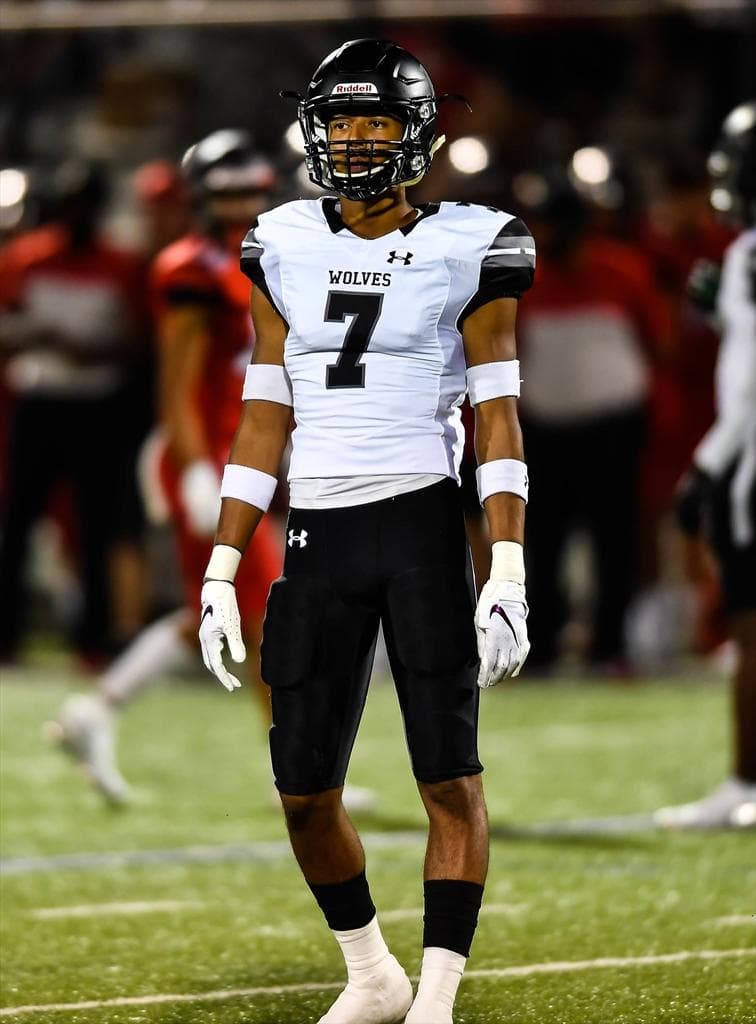