Customers walk through the doors to purchase motor oil or to have their brakes adjusted, and they know the owner by his first name.

And he knows theirs, too.

Some of the customers may even know about Krueger’s athletic accomplishments 43 years ago and a half-mile away, just across U.S. Highway 67 from his current place of business.

Krueger was the starting quarterback for the 1977 Cedar Hill High School Football Team. At first glance, nothing jumps off the page about that season. The Longhorns finished 5-5, after a 1-9 season the previous year.

Upon closer examination, the 1977 season finale, played on October 7, 1977 in Cedar Hill, is significant.

Krueger scored a touchdown to lead the Longhorns to a 12-9 victory over Allen. Despite several close games in recent years and decades, it was Cedar Hill’s last victory over AHS.

Krueger will be the first one to tell you that the 1977 teams were your father’s Longhorns and Eagles, a couple of small town Texas teams. Cedar Hill had approximately 6,800 residents, and Allen, which now has one of the largest high schools in the state, had a city population of about 8,000.

Both schools played the equivalent of Class 3A Football at the time.

It was 1977, Johnny Cougar was on the radio, and Jimmy Carter was in the White House. Cedar Hill was 29 years away from winning the first of its three state championships, and Allen was 31 years away from its first state title.

“We ran the Wishbone, and our average defensive lineman weighed 145 pounds,” Krueger said. “We passed the ball, maybe seven times, against Allen.”

“We had a bunch of really good players and surprised a lot of good teams,” Krueger said.

Krueger, who moved to Cedar Hill at age 6, attended Bray Elementary and Cedar Hill High School. He’s watched enthusiastically as the Longhorn Football Program has become a state, and sometimes, a national powerhouse, facing opponents from as far away as Nevada and Ohio.

“I go to a few games, and I still keep up with the Longhorns,” Krueger said.

Krueger also played baseball and competed in track & field for the Longhorns. When it came time to graduate, his best chance for collegiate athletics was baseball.

But he had an opportunity too good to pass up, just across the street.

He went to work full-time at his father, John Sr.’s, Western Auto Franchise. The shop, which had opened in 1965, was something of a general store for the community.

It proved to be a good choice as Krueger became a partner in the business in 1980. As Cedar Hill grew, the company focused solely on automotive needs, including service, and was named Krueger’s Automotive Service Center. Krueger became the sole owner after John Sr. passed away in 2007.

Today, he runs the business and does everything under the roof with a staff of six, that includes him.

Krueger and his wife, Cheryl – a fellow CHHS Graduate who now works in the CHISD Business Office – have been married for 34 years. Krueger’s two daughters attended CHISD schools and his 94-year-old mother still lives in Cedar Hill.

Krueger downplays his accomplishment of holding the unique honor of defeating Allen, which finished 2-8 in 1977.

Midlothian was Cedar Hill’s archrival at the time. The “Battle of Belt Line” was still several years away, because DeSoto was larger than Cedar Hill at the time.

While 21ST Century Football Longhorns annually set the goal of winning a state championship, that wasn’t the case in the late 1970s.

“It never crossed our mind,” Krueger said. “We were just trying to make the playoffs.” 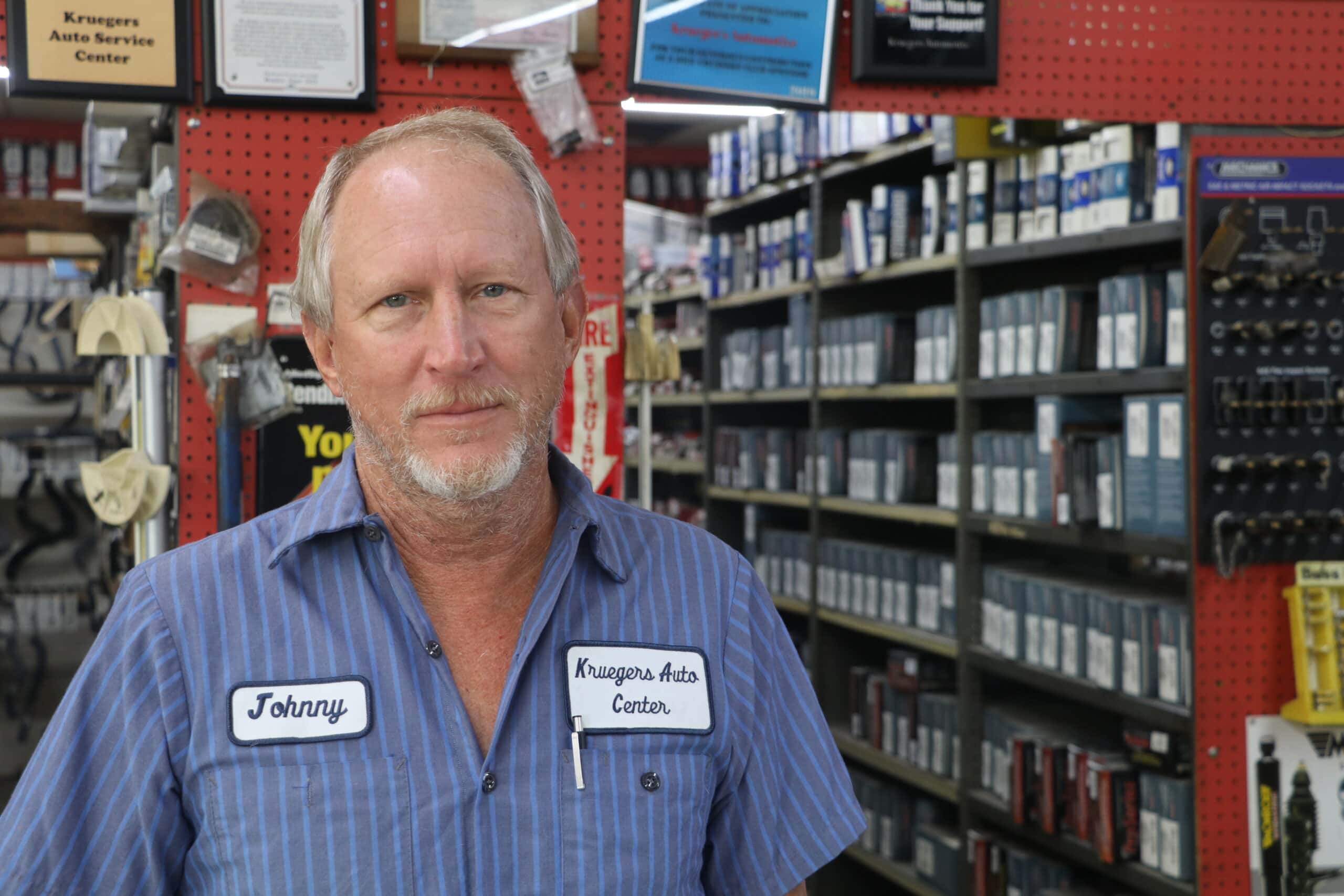