Then, the COVID-19 Pandemic rocked the world, and there was some question over whether a season could be played at all.

Led by strong social distancing efforts, in coordination with CHISD and the University Interscholastic League, the Longhorns’ 2020 season is set to begin at 7 p.m. Friday when they visit Arlington High School (1-0) at Globe Life Park.

Social Distancing Is Part of The Routine

Cedar Hill Head Football Coach Carlos Lynn, who enters his fourth season with a 22-11 record, said social distancing and safety are part of the team’s routine.

“Once you get into the routine, that’s good for the scholar-athletes,” Lynn said. “They know what the expectations are, and they know what to do.”

Due to UIL rules, stadiums can only be at 50 percent capacity. Because the teams are playing in the former home of MLB’s Texas Rangers, that will allow for a larger crowd than a standard high school football stadium.

Arlington opened its season with a 37-7 victory over Mansfield last week at Globe Life Park.

Having a game under their belt isn’t necessarily an advantage, said Lynn, because the Longhorns treated their scrimmage against Class 5A power Lancaster last Friday, like a real game.

Lynn was pleased with the Longhorns’ effort in the scrimmage, but he said they have a long way to go.

The Longhorns are ranked 16th in Class 6A by Dave Campbell’s Texas Football, and the Colts, 24th. Their last meeting was in the third round of the 2012 playoffs when Cedar Hill earned a 49-14 victory over Arlington.

Lynn said the Longhorns are unfazed by Dave Campbell’s prediction that the defending district champions will finish third this season.

“We don’t hear about what people who don’t play football do,” Lynn said. “We set our own course. That’s why we play the game.”

The Longhorns will honor their 51 seniors when they host perennial power Allen next Friday, September 8. Together, the Longhorns and Eagles have combined for eight state championships.

Cedar Hill will open the 11-6A district competition on October 23 at home against Mansfield Lake Ridge, followed by a trip to Waxahachie on October 30 and a home game in the Battle of Belt Line vs. DeSoto on November 6. 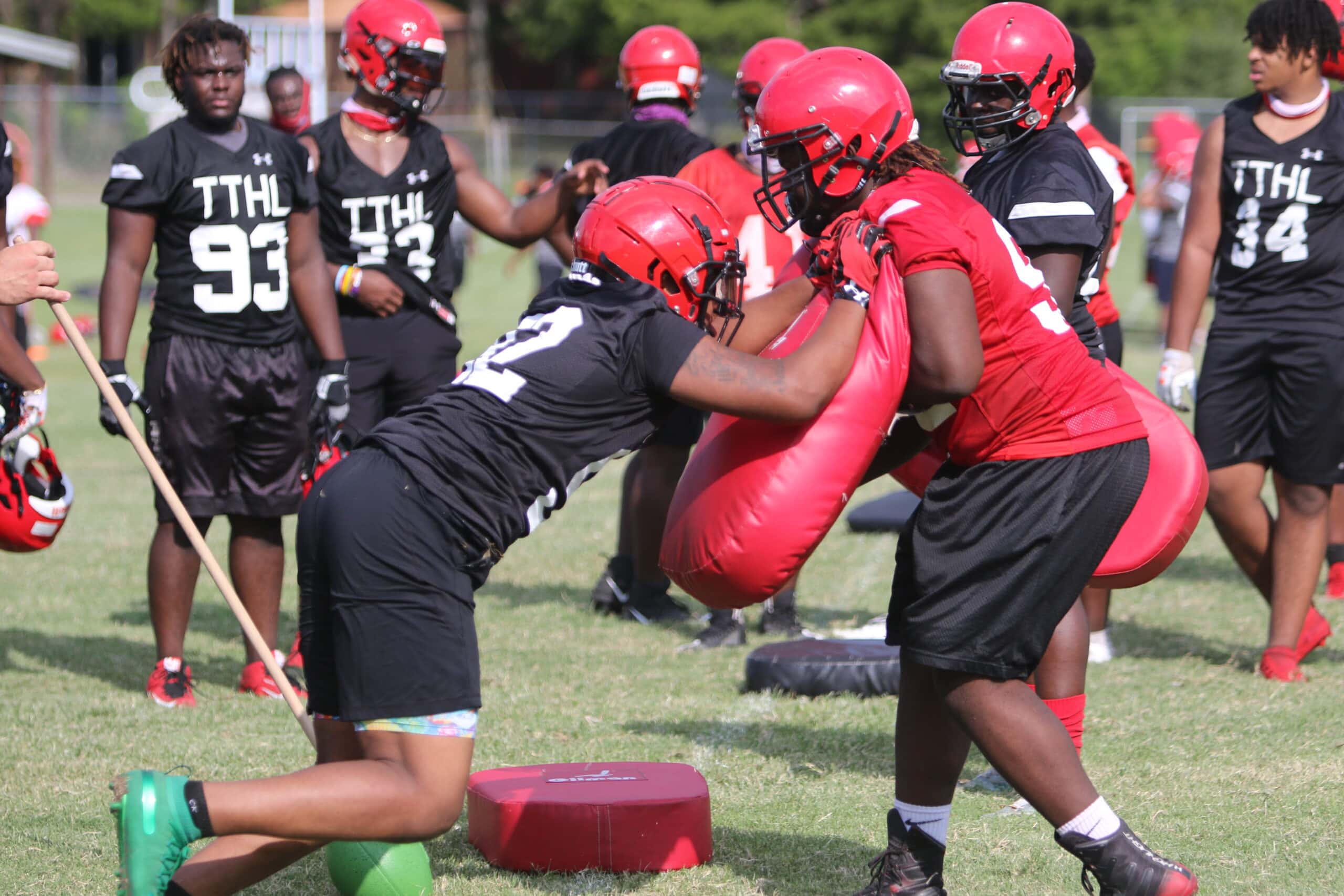