Cedar Hill, TX – Jess Bustamante’s team was just two games into district competition, but he had high hopes of qualifying for the playoffs this spring.

Then, the season was canceled due to the Coronavirus (COVID-19), which canceled classes as well as extracurricular activities indefinitely in Cedar Hill ISD. On Thursday, Texas Governor Greg Abbott closed all schools in Texas through April 3.

Bustamante said he regularly communicates with his coaching staff and players.

“We want to make sure they’re safe and healthy,” Bustamante said. “We’re encouraging them to keep a positive mindset. I feel bad for the kids. They work hard in the offseason, and then we had to shut it down.”

Bustamante said he’s encouraging his players to stay active. Per a directive from the University Interscholastic League (UIL), which oversees public school athletic programs in Texas, coaches and athletes are prohibited from using their school’s athletic facilities.

Some have visited their local park to hit softballs or they’re playing catch with their family members.

“Their sadness due to missing softball makes me realize that their appreciation for softball is genuine,” Bustamante said.

“Our athletes are doing everything individually,” Benjamin said. “Our scholar-athletes have to be a little creative on how they train and where they train.”

Instead of an official timer, scholar-athletes may have to use a stopwatch app on their phone.

Benjamin has sent his scholar-athletes workouts that they can do in their home, and in their neighborhoods.

“The biggest thing now is keeping our seniors motivated,” Benjamin said. “We want them to be ready and stay ready. In case, there’s an opportunity to compete, we’ll be ready.”

The UIL extended the suspension of all competition until at least May 4. That would mean the State Track & Field Championships would be postponed, if it is held at all. State Track is always held on the second weekend of May at the University of Texas in Austin. Even the most optimistic coaches admit that chances are slim that such events will take place this spring.

Benjamin and Cedar Hill Girls Track & Field Coach Jason Reed agree that the absence of competition presents a challenge for scholar-athletes looking to make an impression for colleges. That’s an especially difficult issue for seniors, who only had a few meets left in their high school careers.

“You want them to have an opportunity for a faster time,” Reed said.

Benjamin and Reed are trying to remedy the absence of competition by communicating effectively with college coaches. 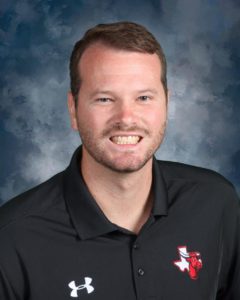 While the other programs are in the midst of their season, Cedar Hill Boys Soccer Coach Thomas McNamara was looking forward to this program’s final two regular season games.

“For now, I am just encouraging the guys to be smart, stay safe and focus on their online studies,” McNamara said.