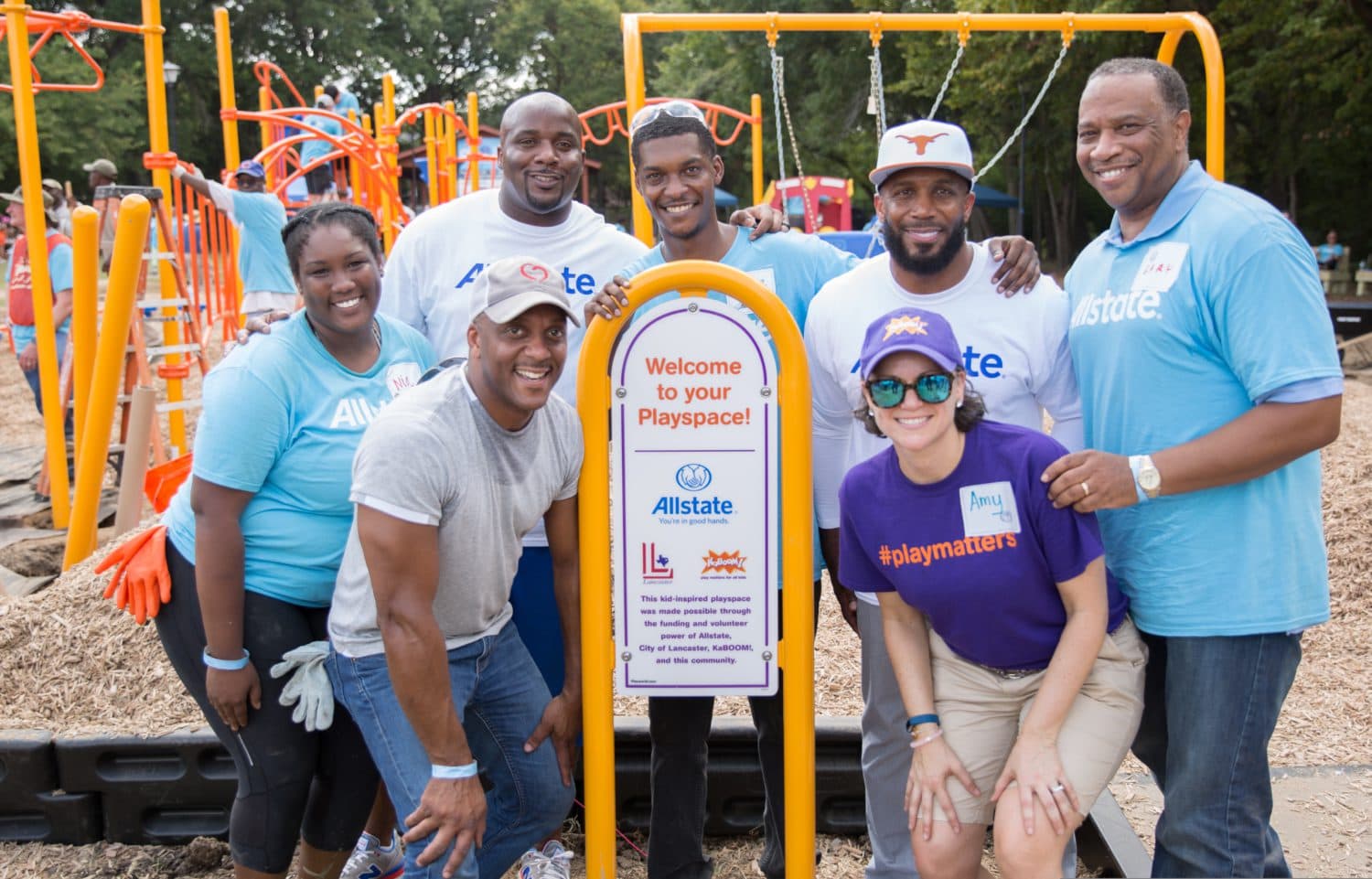 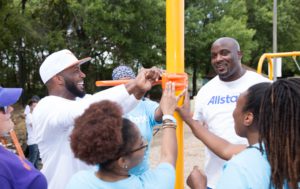 Mayor Knight said, “The City of Lancaster applied in May of this year for a grant through KaBOOM, a nonprofit organization that marries corporate sponsors with communities seeking to revitalize parks/play grounds in an effort to promote safe and healthy play for children and families. The original Kids Square Park, built in 1994, outlived its useful life, and that made this park the ideal candidate for the KaBOOM playground rebuild.” 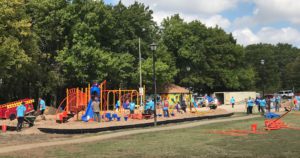 “This park represents the latest in park design,” Mayor Knight said. “It is meaningful in a number of ways in that it was designed by students from Lancaster, in addition to, the community playing a vital role in constructing the park. Those elements contribute to an amenity that has a special legacy for Lancaster.”

Allstate is a corporate partner with KaBOOM, and was designated to support KaBOOM and Lancaster in this playground build. Allstate representatives said the build was part of Allstate’s season-long All Hands In program, an initiative that highlights the passion in college football to give back to local communities and bring rival fan bases together – because when fans come together good things happen.

Mayor Knight said, “The Lancaster City Council and staff continually evaluate means by which we can enhance parks and our community as a whole. The KaBOOM project has aided in our efforts to improve our park system. We will continue to plan for additional park and community upgrades in the future through our budget and strategic planning process.”