LANCASTER—What should have been an enjoyable last day of school on Friday was just the opposite for Lancaster ISD. According to a statement from a Lancaster Independent School District official, a teacher was removed from the high school campus after allegations of sexual misconduct were reported.

On Friday, June 2, before classes began, a high school student informed a staff member that a male teacher recently sent inappropriate text messages to him.

The student also spoke to campus administrators. Within moments (by 8:15 AM), the staff member was sent to Human Resources. He was immediately placed on leave by Lancaster ISD, as campus officials continue to investigate the matter. 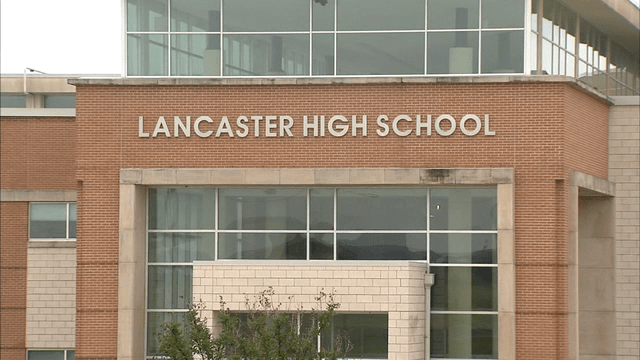 Monday morning, the staff member returned to the Human Resources Department and resigned immediately. Despite his resignation, the district continues to investigate these matters. The same day these allegations were brought to light, officials notified Child Protective Services. In addition, this incident has been reported to the Texas Education Agency and the LISD police department.

“As educators, we have the obligation to protect our students and learning community. We hold the teaching profession in high regard and we strive to always be models,” said Chief Communications Officer Sonya Cole-Hamilton. “The nature of this adult’s communication was inappropriate, unprofessional and will not be tolerated in Lancaster ISD.”

Specifically, the allegations are that the teacher sent inappropriate text messages offering extra credit to at least two students in exchange for sexual acts.

The students say a first year teacher who previously taught in Duncanville and DeSoto school districts made inappropriate sexual advances towards them in exchange for extra credit.

During the early days of the investigation, it appears the teacher only targeted male students.

The teens said the teacher sent text messages, allegedly showing them a “wish list” of sexual favors on his phone.

As of Tuesday press time, the teacher’s identity has still not been released. Also, no official charges have been filed.