LANCASTER—There is a new Lancaster Independent School Police Chief in town and he knows the city well. Chief Cliff Wherley took the oath of office for the new position on May 29 and will begin the job on June 18, 2018.

He says the difference between working for the municipal police department versus the school district is, “ISD police typically have more opportunities to work on crime prevention. The types of opportunities allow officers to build relationships with students, staff and parents.”

The Lancaster ISD Superintendent had several applicants to choose from, but it was Wherley’s knowledge and expertise that ultimately made him the best fit for the job.

“My goal is to bring structure, experience and leadership to my new position as Chief of Police,” Wherley said. Adding that his ultimate goal will be to continually keep all the district’s students, staff, parents and visitors of Lancaster ISD safe.

In his new position the chief will still be able to interact with his former colleagues at the Lancaster police department too.

“The municipal police department and the ISD police department have been working and training together for many years,” Wherley explains. “We will continue building and strengthening the relationship between the two departments.”

“There was an opportunity to restructure in some areas,” Cole-Hamilton explains. “Student and staff safety are always top priorities—especially in today’s climate—and we’re looking forward to strengthening our police department to ensure that we continue to provide safe and secure campuses.”

With 11 total campuses the district has 7,400-plus students. Meanwhile, Wherley currently has four officers, one sergeant and lieutenant working under him at the ISD Police Department.

“I want at least one police officer assigned to every campus in the district, which means additional police officer positions will need to be added to accomplish this goal,” Wherley concluded. “I would like to add safety phone numbers such as an anonymous tip line and suicide hotline numbers on the back of all school identification cards.” 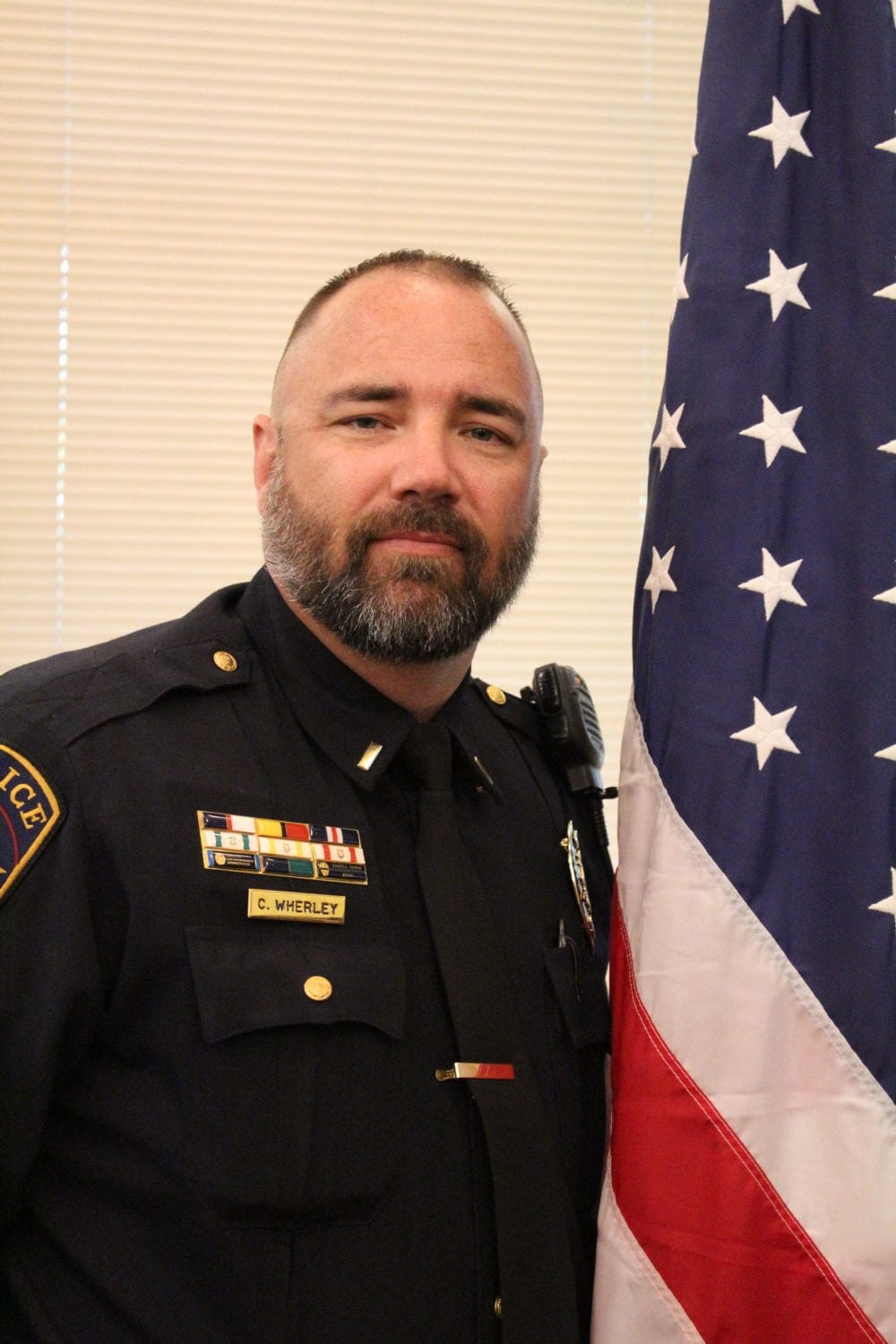