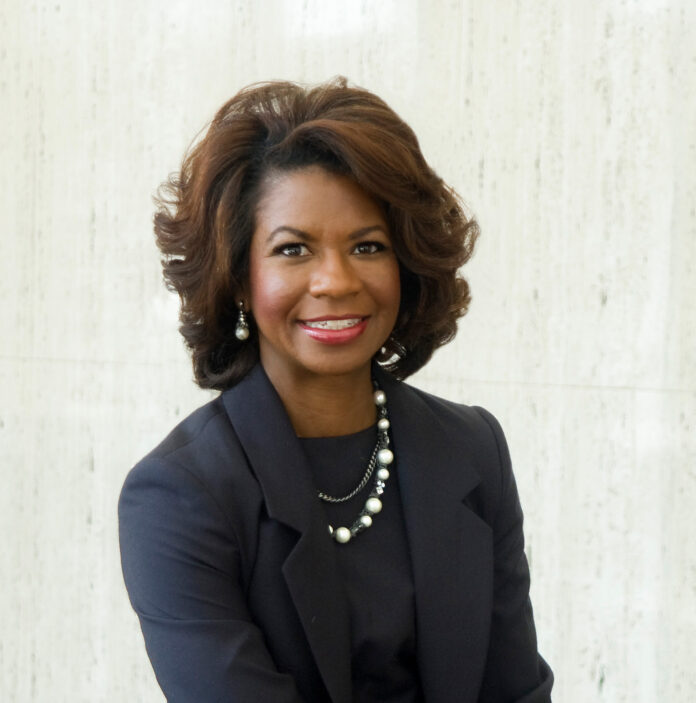 Judge Warren Is Running For Re-election

Judge Ingrid Michelle Warren was elected to Dallas County Probate #2 in 2015. She is now campaigning to remain in her court, a four-year commitment she is looking forward to.

Probate court (sometimes called a surrogate court) is a court that has competence in a jurisdiction to deal with matters of probate and the administration of estates. Probate court handles legal matters like estates, guardianships, and wills.

Before she was elected as the first female Judge of Probate Court #2, Warren had almost a decade of experience with probate cases.

A Dallas native, she lost her mother at the age of five, and attended a number of elementary schools growing up because her father was a high school basketball coach, “So I went to any school where I could walk to a safe home after school to be watched while he worked.”

She tested into Judge Barefoot Sanders High School, a DISD magnate school, where she learned about law with a small group of motivated students. “There were no sports there,” she says, “And I graduated with a small class of about 40.”

That led her to Texas A&M University in College Station where she received her baccalaureate degree in Political Science and met her lifelong friend Channie Hopkins who now works as her campaign assistant, and right-hand person. “She had a car in college, and I didn’t,” Warren says with a laugh. The two became fast friends then and continue to work together now years later.

Warren went on to gain her Juris Doctor from Texas A&M Law School, and then returned to the Dallas area, where she’s been working and volunteering ever since.

Staying Active In The Community

She’s an active member of Concord Church in Dallas, Texas, where she volunteers in the Information Desk Ministry.

And was a Trustee with the YMCA Metropolitan Dallas Foundation.

The mother of two loving dogs, both mixed breeds, Warren is happy to spend her free time with them.

Loki is a 12-year-old rescue she was given to foster from Love Freeway Animal Clinic. She was sharing the dog with a co-sponsor who ended up getting married and leaving her to be a single dog mom.

Shuri, a Japanese name, is part Akita and German shepherd. “She’s my pandemic dog,” Warren explains. “I got her because a family member’s dog got pregnant, so they were like, ‘do you want a puppy?’”

During the pandemic, Warren had to pivot like so many. “We were the first probate court in Dallas County to embrace Zoom, shortly after the office of court administration implemented it.” She explains, “We had countless hearings. I went into the office because I have my computer set up there. Some staff members came in to help.”

She admits that Zoom helped keep her court working but being in person is much easier. “It’s more efficient to have the lawyers right there in front of me. It’s faster to get through the cases.”

Now when she’s not in the courtroom, she’s busy campaigning for her re-election, handing out flyers and meeting voters at the polls.

Fortunately, she loves what she’s doing. “I feel like my years practicing probate law before I got on the bench has helped me. I had a variety of cases drafting wills, trusts, modifications, contested will matters.”

“So many people are moving here, so maybe that’s impacting our case numbers. Or it’s that people are getting older. We are busy like we’ve never been before. It’s unbelievable the number of cases we have.”

She’s proud that while Covid shut down most of the country, “We were there to help people,” recognizing that probate is an essential service. “We still had to keep our doors open. There were many emergencies – people who needed a guardian – a crisis period people in nursing homes, without family members able to be there.”

Warren explains, “We were able to use the attorneys and investigators that go out and respond to community referrals in nursing homes, when we’d get a call that this person isn’t able to make decisions for themselves. These were life decisions about care. Should we intubate? Or move this patient to another nursing home due to outbreaks? Our court deals with people in crisis.”

Despite that, she and her staff of nine remained positive, and she says, “We were actually supporting each-other daily,” and a number of her staff had babies during Covid, “So there was a lot to celebrate.”

Her father, now 80, sheltered in place, and Warrens says, “I used to talk to him about once a week but during Covid, I talked to him every day.”

Although she’s busier than ever, Warren finds time for fun and relaxation on the weekends. “I hang out with my dogs quite a bit, take nature hikes. Being outdoors, soaking up the sun, breathing fresh air. I love the Cedar Hill Nature Trails – I’m there all the time.”

Warren says she’s fortunate that she has her weekends off to rest and recharge. “I know work with so many people ill or dying could be depressing, but we are there to make their situation better. We surround them with good lawyers, caring people, and social workers.”  Her staff also were affected by Covid, but they worked through it.

“We had a tough period when two staff were diagnosed with Covid, and one lost his grandfather. That was sad for all of us, but we encircled him and is his mother with care and love.” Unlike overworked hospital workers who can’t go home on the weekends, “We are super busy, but we still get our weekends off.”

Warren feels she’s mid-career and hopes to keep working in her Probate Court for years to come, wherever that may be. Originally, she worked in Sarah T. Hughes’ Court room, but that building has been remodeled. She’s in temporary quarters now, as the George Allen Courts building is updated, and the infrastructure change of the courts grow with the cases. She says, “We need another probate court to handle all the cases.”

Looking back to 2019, she says “there was no way I thought that one day we would have ‘virtual’ hearings,” but now that she’s been through Zoom meetings, she sees why some people prefer them. “They don’t have to travel to the courtroom,” so sometimes offers a hybrid of the two. Still, she notes it’s quicker to get things done in person, to take care of everything all at once.

And what’s her plan when she finally retires? “I really like flowers. I hope to have a garden!”

In the meantime, she’ll continue to grow with her ever-changing Probate Judgeship, helping people through the difficult times of their lives.